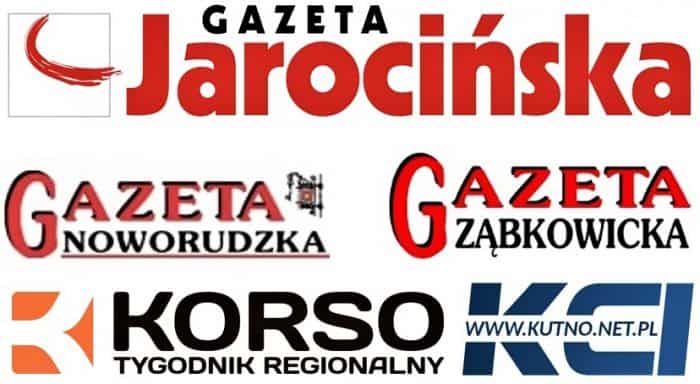 Five independent publishers have come together to form a new company, PBeM

Local news media in Poland have been experimenting with various ways of pooling resources in order to maintain their position in what has become an extremely tough market.

Though the trend worldwide may be towards greater consolidation in the media industry, Poland’s local media market is still home to hundreds of small independent publishers. These are often very small companies, in which the owner/publisher runs a number of local titles, mainly weeklies and news websites, whose distribution is generally restricted to a single county.

Many of these independent media outlets struggle to maintain their foothold in the market and to find a sustainable business model.

“The local media market is difficult. We have to deal with shrinking advertising budgets in print and the aggressive pricing policies of our main competitors”, Joanna Kowalska, project manager for the Local Press Association (LPA) – which looks after the interests of independent local publishers – told EJO.

LPA encompasses 50 independent publishers who as of December 2018 were responsible for the production of 77 local papers and 74 local news websites. The chief competitor in this field is Polska Press – a massive publishing concern that owns 20 regional dailies and around 150 local weeklies, as well as some extremely popular TV guides.

In many regions, independent publishers also have to compete with news bulletins published by local authorities.

The main areas in which LPA members are seeking to share scant resources rather than compete with each other are advertising and technology.

Each of the weeklies published by LPA members on average sells 3,000-4,000 copies. This may not seem like a huge number, but “added together, the Association distributes around a million copies of printed press titles every month”, Kowalska noted.

To boost advertising revenues, LPA has created an integrated advertising platform that allows it to sell advertising space across all the titles. “Separately, we are not able to attract large advertisers such as telecom companies, big pharma or car dealers. But if we negotiate together we are more successful,” Kowalska said.

Keeping up with advances in technology also poses a major challenge for small independent publishers, who despite the strength of their brands would struggle to stay abreast of the latest technological developments. LPA runs a number of initiatives designed to address this problem.

One of these is the InForMe project sponsored by the European Commission, which provides publishers with a professional audit of their business requirements and gives them the financial support they need to be able to invest in up-to-date equipment and new monetization tools, and to upgrade their skills.

“These efforts have contributed to the general professionalisation of our operations”, Kowalska noted.

Many local media outlets struggle to establish an online presence, as they lack the IT competency required to make the transition to online publishing.

A couple of years ago, a group of five independent publishers from across the country came up with a plan designed to help local media digitise and streamline their processes. The group joined forces and set up a new company called PBeM.

“Many websites are outdated and poor in terms of functionalities, user experience and graphics. Individual publishers lack the resources to invest in IT or monetisation support. Doing business online requires very specific skills and knowhow that the publishers don’t have”, PBeM co-founder Paweł Golak told EJO.

PBeM’s response to those needs was to create a single business entity capable of overseeing such projects. The group is currently working on the development of a dedicated IT platform that will integrate a content management system with monetisation tools, and aims to make it available to other publishers on a commercial basis, together with full-time IT support and training.

PBeM has so far succeeded in winning funding in two rounds of Google’s Digital News Initiative.

However, in the end the strength of these locally-based initiatives lies not so much in any digital bells and whistles they might deploy as in the fact that they have a direct connection to their readers.

In the opinion of Joanna Kowalska, what local readers want is simply up-to-date and reliable information on local issues. “Instead of investing in gadgets, we should always invest in quality journalism”, she concluded.

Paweł Golak agrees. “Our strength stems from the fact that we are very close to the readers and local news”, he told EJO.

Golak added that local media are “first contact media”, whose stories are subsequently often picked up by TV stations or large national papers. The only problem is that the national media rarely give due credit to their sources of information.

“That’s why we need to work together – we have the same problems and we face similar challenges. Only united are we strong”, Golak concluded.

If you liked this story, you may also be interested in The Future of Local News and More and More Media, Less and Less Local Journalism.

Paulina Pacula is a freelance journalist working for both Polish and international media. She has collaborated with money.pl, the biggest Polish financial news site, and has also worked as a reporter for TV Polsat. She is a graduate of the University of Wroclaw and also spent a year studying online media and TV journalism at the Danish School of Journalism. Her interests include media ethics and quality journalism.
» Media Economics, Recent » Polish local media find strength in...