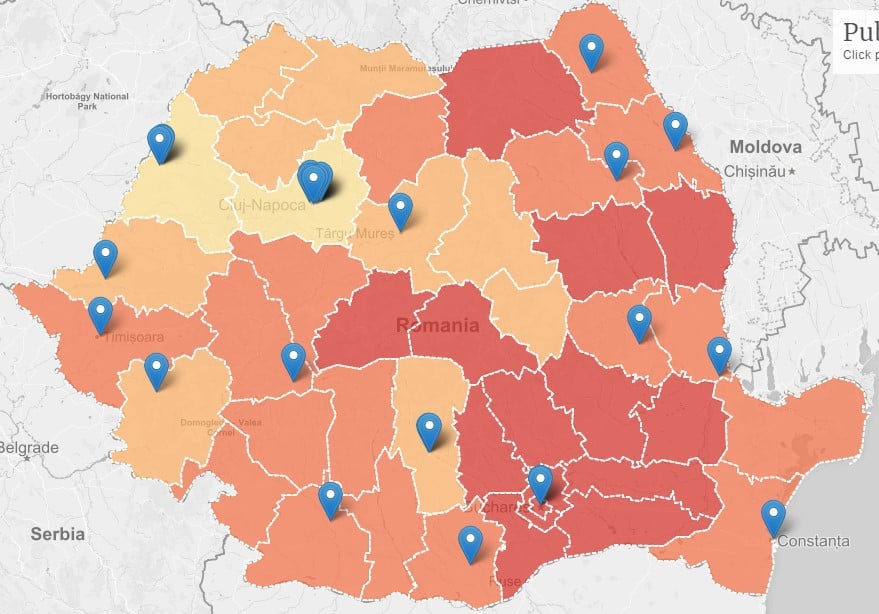 Local media everywhere face the challenge of achieving the kind of financial freedom that will allow them to exercise editorial freedom, but in few countries is this such an important issue as in Romania.

A case in point is the small local newspaper Liber in Teleorman (Free in Teleorman), which came under intense financial pressure after it dared to criticise one of the most powerful men in the country, Liviu Dragnea.

Dragnea, the former head of Romania’s Social Democratic Party (PSD) – who began his rise to power in Teleorman County – was earlier this year jailed for three and a half years for abuse of public office. But the local news outlet that investigated his misdemeanours was almost shut down. However, what nearly finished off Liber in Teleorman was not so much the threatening phone calls and emails, court cases and fines used to intimidate its founders and editors. The real blow came when five advertisers stopped doing business with the website once it was seen as the enemy of a powerful local and national politician. 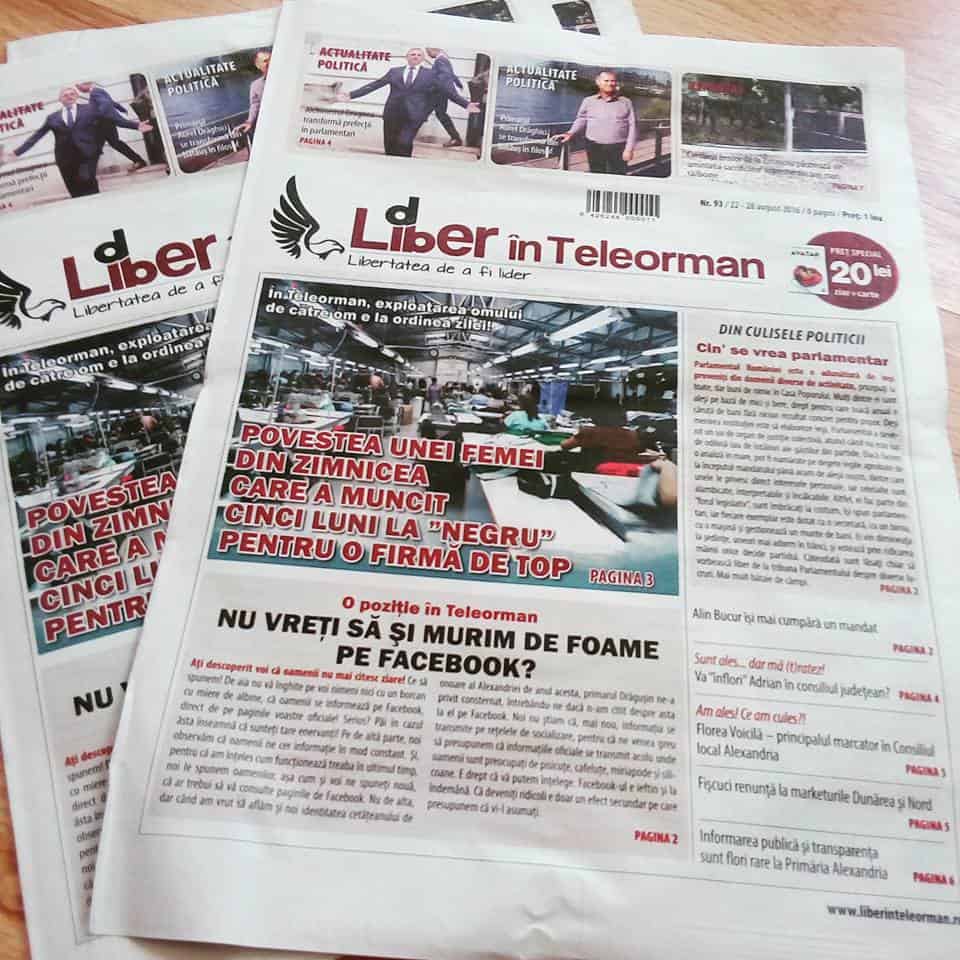 Local paper Liber in Teleorman was subjected to financial pressure after it criticised a powerful politician.

Like most media outlets in Romania – where much of the public cannot afford to pay for news and/or knows how to find it online for free – Liber in Teleorman relies heavily on advertising revenue. Advertising is the largest non-state source of funding for the Romanian news media: it is estimated that the media advertising market will this year amount to around 485m euros, of which 20% will go to online media. Google and Facebook account for about two-thirds of the online advertising revenue. Most of the rest, once the two tech giants have taken their share, is concentrated in Bucharest and other major population centres.

Advertising agencies have traditionally been responsible for mediating transactions between publishers and businesses looking to buy advertising space, but an initiative was launched recently with the aim of cutting out the middlemen and making it possible for media outlets to forge a direct connection with advertisers.

The idea for a decentralised funding platform was the brainchild of Gabriel Baciu, a member of Press Hub, a network of twenty-five small and mostly local media outlets. The idea came to Baciu after other Press Hub members such as Liber in Teleorman had advertising revenue withdrawn overnight as a result of political pressure. He decided then that something had to be done to safeguard the financial and editorial independence of local media.

Press Hub hopes that its new funding platform, Press Hub Market, will free up some of the financial resources that would previously have gone to media agencies and that media publishers will benefit from this.

The project is funded by Google’s Digital News Initiative. A summary of the project on the website of the Digital News Innovation Fund states: “Through the platform, a potential customer would be able to select any kind of online advertisement tool he wants to buy on a news website: banner, advertorial, special project or other tools available to promote businesses online. […] Through Google tools, publishers, buyers, advertisers can choose, buy, schedule and manage most of the main activities.” It adds that one of the main aims of the project is to help media outlets “in small towns, where independent journalists struggle because of the local politicians who fund most newspapers in exchange for loyalty.”

The Teleorman case is by no means an isolated one. In many parts of Romania, the local authorities put pressure on local media to publish favorable content in exchange for publicly funded advertising. An investigation carried out by the independent news website Recorder found that town halls pay an estimated 3m euros a year for advertisements in local papers. Sums of 300-400 euros a month for individual outlets may seem small, but for media with only two or three employees (where the journalists are likely to be paid just over 300 euros a month) they can be a lifeline.

A further potential benefit of the Press Hub Market scheme is that it could make it possible for advertisers to connect directly with media outlets in different parts of the country. This could help to diversify funding sources and ensure a greater degree of independence from local capital. It could also help to redistribute funds away from the big cities – where there is currently a concentration of financial and human resources – and towards smaller towns and rural areas. However, it remains to be seen whether Bucharest-based businesses will in fact want to advertise in regional centres such as Alexandria (the county town of Teleorman).

Another question inevitably arises: as Google and Facebook themselves account for most of the available online advertising revenue, can we be sure that the Press Hub Market scheme is cutting out the right middlemen? A Google-supported platform may not be the ideal long-term solution.

But although taking on the tech giants is not something that Romanian news outlets can realistically be expected to do, the Press Hub Market initiative may at least encourage a shift in perspective. Instead of a media market totally dominated by big national media publishers, it could bring local media more clearly into the frame.

For further information on the Romanian media, see:

If you liked this story, you may also be interested in Polish local media find strength in solidarity

Dumitrita Holdis is currently based in Bucharest, where she is a project manager for the Romanian Center for Independent Journalism (CJI). She specialises in media funding models and media policy, and occasionally makes podcasts on media-related topics.
» Business Models, Press Freedom, Recent » Romanian local media launch new funding...