Germany: Coronavirus and the media 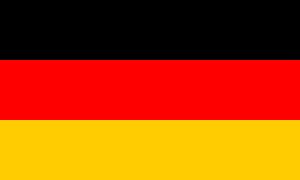 EJO German staff writers look at the coverage of the coronavirus crisis by public service broadcasters and local media, and consider the impact of the economic fallout on the journalistic profession.

One outcome of the arrival of the coronavirus pandemic in Germany is that public service broadcasters’ real-time TV news programmes have been attracting record numbers of viewers: almost nine million people watched the prime-time broadcast by the public service networks ARD and ZDF of Chancellor Angela Merkel’s address to the nation on 18 March. The German Journalists Association (Deutscher Journalisten-Verband, DJV) noted that at a time of crisis, people like to gather around bulletins of ARD’s flagship news programme “Tagesschau”, which fulfils the role of a “media campfire”. And according to a commentary on Netzpolitik.org (a blog devoted to digital rights and digital culture), the current record viewing figures for public service broadcasters show how trusted they are as a source of information – something that ought to be taken into account in any discussion of their future role.

Coronavirus now completely dominates the news agenda in Germany. In an interview with the public broadcasting radio station Deutschlandfunk on 19 March, media ethics expert Christian Schicha said that given the seriousness of the situation and the need for the public to be fully informed, such blanket coverage is appropriate. Kathrin Wesolowski, a journalist who works as a freelancer on defacto, an investigative magazine programme of the regional public broadcaster Hessischer Rundfunk, told EJO that “Everything changed overnight in response to the crisis.” She said that as coronavirus was now practically the only topic being covered, defacto and other regular programmes had been temporarily suspended and their journalists were being redeployed on daily news programmes.

Deutschlandfunk‘s media magazine programme @mediasres invited listeners to give their views on how national radio should respond to the crisis. Some listeners voiced their approval of the coverage so far, while others said they would like to see a wider range of topics covered.

Wesolowski stressed the importance of continuing to subject the government’s actions to critical scrutiny. “The Chancellor’s speeches have received a lot of praise, but hardly anyone questioned why social distancing measures hadn’t been taken earlier and why more testing isn’t being done,” she told EJO.

Journalists working for local media tend to be more focused on individual stories than their colleagues in the larger media houses. In smaller communities, this focus on the local and the individual can help to create a relationship of trust between journalists and their audience. It can also be used to foster a sense of solidarity within the community.

For example, Der Insel-Bote [Island-Messenger], which reports on the North Sea islands Föhr and Amrum (part of Germany’s northernmost district of Nordfriesland in the state of Schleswig-Holstein), has carried articles emphasising the solidarity among the islanders as they prepared for the arrival of the virus.

Among all the reports on cancelled events, items about crisis meetings and death notices, some local press articles still manage to adopt a positive tone. The Westfalen-Blatt (based in North Rhine-Westphalia) carried two articles on 23 March, one headlined “Youth village defies corona crisis” and the other “Life grows even during the crisis“. Such items offer a marked contrast to the prevailing theme of disease and cancellations.

“We can’t do anything about the cancelled events. That’s why we plan to publish two to three encouraging stories a week”, Marius Thöne – who runs the Höxter edition of the Westfalen-Blatt – told EJO. The aim is to report constructively. By 2 April, 78 cases of Covid-19 had been confirmed in Höxter – the most sparsely populated district in North Rhine-Westphalia, where according to the latest population statistics (2016), more than 20 percent of the population are aged over 65.

The paper itself faces an uncertain future. “We’ll probably make it through the next two weeks, then we’ll have to take stock”, Thöne says. Local news is dependent on there being a thriving local economy, and with the economy now shut down, the Westfalen-Blatt may struggle to survive in Höxter. Thöne adds that it is already a challenge to produce a full-length local edition, because apart from the topic of the pandemic, there are now hardly any other local stories left to report on.

Newsrooms throughout the country have had to rethink their normal working practices. Jochen Wegner, editor-in-chief of the news website Zeit Online, described how its some 200 journalists’ switch to home-working had gone reasonably smoothly. He said that the main problem arising from the need to avoid direct personal contact was that this made outside reporting a huge challenge, and that journalists were constantly having to ask themselves whether such “field work” was absolutely necessary.

The German Journalists Association has called for journalists to be given “key worker” status, which would give them the right to move around freely even in the event of a curfew. It would also mean that they would be entitled to childcare provision to enable them to continue working. Some German states have met these demands, but in some areas journalists’ applications for help with childcare costs are still being turned down. “In my view, journalists should definitely be classified as key workers, as most people get their information from the media”, Kathrin Wesolowski told EJO. She added that this should apply to journalists working for both public-service and private media, as “It is very important to preserve this diversity.”

The Journalists Association also called on the federal government to help freelance journalists, many of whom – like all self-employed people – quickly found themselves in an extremely precarious situation. On 23 March, the federal government approved a bailout programme designed to mitigate the economic effects of the crisis. This included financial assistance for freelancers.

This is an edited and updated version of an article that first appeared on EJO’s German-language site under the headline: “Deutschland: Die Corona-Krise und die Medien“.

Johanna Mack is on the staff of the German EJO. She is studying for a PhD as part of the Medas 21 (Media Development Assistance in the 21st Century) programme and also supports various projects at the Erich Brost Institute in Dortmund. // Roman Winkelhahn is a student assistant in the German EJO team and is studying journalism and economics at TU Dortmund. Prior to this, he worked as a freelance journalist for various regional and national media.
» Ethics and Quality, Recent » Germany: Coronavirus and the media