Digitalisation: Changing The Relationship Between Public Relations And Journalism 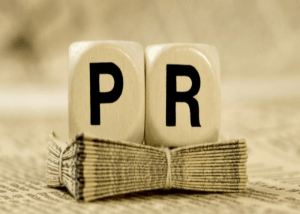 Foul language has become more and more socially acceptable, even in puritan America.  Dean Baquet, the Executive Editor of the New York Times, recently called a journalism professor, who had criticised him for his newsroom’s coverage of Charlie Hebdo, an “asshole”.  Jacob Harris, until recently a New York Times software architect, topped Baquet. In a contribution for the Nieman Journalism Lab, Harris bluntly described how the power balance between public relations and journalism is shifting: “the wave of bullshit data is rising, and now it’s our turn to figure out how not to get swept away,” he wrote.

According to Harris, such examples of “data journalism” are generated by PR firms for companies looking for public attention and for coverage from online news organisations, which pick up such stories without hesitation: “If you’re a reporter at a news start-up who needs to constantly fill the news hole with new material, why wouldn’t you run one of these? Everybody’s happy, even if the data isn’t right,” Harris said.

The Reuters Institute for the Study of Journalism (RISJ), at the University of Oxford, has recently conducted an in-depth study into the relationship between public relations and journalism. John Lloyd, Senior Research Fellow at RISJ, and Laura Toogood, a PR expert based in London, co-authored a report: Journalism and PR. They summarised the results as: PR’s dependence on journalism is diminishing, while journalism’s dependence on PR is growing. “PR still needs journalism, which has always acted as a ‘third-party endorsement’ of its claims,” they concluded. “But now it has other, often more powerful allies.”

To examine how the relationship between journalism and PR has changed in the digital age of “anything goes”, Lloyd and Toogood interviewed 40 communication experts and journalists from the Anglo-Saxon hemisphere. The outcome is something which might not pass the peer review process of scientific journals but is nevertheless more useful than most “empirically sound” studies published by such journals. Instead of blindly collecting data and presenting it in predictable bar charts, the authors condensed their interview results into an exciting overview of how PR strategists exercise influence.

According to their analysis, search engines and social networks in particular have become powerful communication tools. They allow companies, government agencies and non-profit organisations to bypass journalists and communicate directly with their target groups.

How this is taking place, and how Google and Facebook, Twitter and Instagram are generating profits is described in detail by Toogood in the book’s fourth chapter. This is not a “how to-guide” for PR experts who still have to find their way in the digital world, however, it may seem sinister to anyone concerned about the future of our democratic societies.

If the powerful elites can strategically exploit their subalterns, among them their trolls, and if journalists are increasingly unable to verify whether messages circulating on the internet are true, more and more parallel universes – and bizarre Facebook communities – will emerge.

The rational deliberative discourse, based on facts, is losing ground, according to recent research from Italy.  Media researchers there have analysed how nonsense and conspiracy theories are spreading on social networks, like Facebook, compared to information that has been checked by scientists or professional journalists.

A team of researchers around Walter Quattrochiocchi (Institute for Advanced Study, Lucca) has examined a corpus of 270 000 postings on 73 Facebook pages. The sobering result reveals that researchers and journalists trying to report the truth have no chance, compared to their adversaries. Nonsense is simply “liked” and “shared” much more often and intensely than serious information.

How are journalists and PR experts seeing themselves and each other?

Are journalists and PR experts aware of the power shifts between the two professions caused by digitalisation? Thomas Koch, Magdalena Obermaier and Claudia Riesmeyer (all University of Munich) recently presented a study, which looks at both professions in German-speaking countries.

Nearly 50 percent of the PR experts believe (realistically…) they have a strong influence on journalistic work, while only 20 percent of journalists are willing to admit this. Less than one third of the surveyed journalists conceded their work would be “much more difficult“ without PR deliveries, while this perception is confirmed by a strong two thirds majority of the PR professionals.

Another book, written by the former head of corporate communication of Porsche, Anton Hunger, ties neatly into this debate. Hunger, a powerfully eloquent communications expert from the German speaking world, has spent years analysing (as a columnist for the Medium-Magazin, a well known professional journal) the PR sector and its influence on journalism.
According to Hunger, “the crux of the PR job” is that “those who professionally contact press [officers] don‘t like any interference” – an observation which fits with the research results from Munich.

Journalists, according to Hunger, “are the heroes of the fourth estate, they succumb to the illusion of unprejudiced enlightenment and deliberately ignore their own over-estimate of self-esteem in this business”. On the other side, still according to Hunger, press officers also have a “public service commitment”: “they need to publish bad numbers … as [well as] good, layoffs as well as new hires, defeats as well as successes”. However, they receive their “opulent salaries” mainly to “make their clients look splendid in public” and to “exploit the media pack”.

It is hard to imagine such wisdom being presented more pleasurably and more cheekily. Similarly, Hunger discusses, with surprising bluntness, the limits of crisis PR. “Whoever gets ‘scandalised’ by the media cannot expect much he help,” he said. “The suspect is naked, the spyhole in the peepshow is open, and the spin doctor who is supposed to protect the suspect is a toothless tiger.”  Those who have been vilified by the media, such as Geri Müller, a Swiss politician, and Philipp Hildebrand, the former president of the Swiss National Bank, can serve as recent testimonials to this.

Should the PR profession be judged morally? Should journalists be more transparent?


Occasionally, however, even Hunger gets it wrong. He collectively addresses PR experts as “spin doctors”, and he declares cynically that one should not raise moral questions related to their actions – as equally the “behaviour of rating agencies and banks cannot be judged morally”. He also says that it is unnecessary to be transparent about who is financing invitations for expensive journalistic jaunts, because “corrupt” journalists will “be corrupt anyway, with or without transparency rules.”

I also question how Hunger could spend years analysing and commenting on the changing relationship between journalists and PR experts, without ever appearing to ever take relevant research into account.

Journalism and PR researchers would deserve a peppered commentary from a PR professional who knows every trick and who has climbed all the peaks of glamour in the industry, and who also knows well the “other side of the table”. (Hunger worked as a business journalist before moving on to corporate communications.)

An occasional excursion into the parallel universe of research might help even professionals of Hunger’s caliber. Arriving there, they could gain “privatissime et gratis” some additional insights about the complex, changing, partially symbiotic and partially antagonistic relationship between the two professions in the attention economy.

European Journalism Observatory co-founder and until 2018 Professor of Journalism and Media Management at the Università della Svizzera Italiana in Lugano. Frequent contributor to Neue Zürcher Zeitung (NZZ) and Der Tagesspiegel (Berlin), as well as to the specialist publications Schweizer Journalist and Der österreichische Journalist.
» Public Relations, Recent » Digitalisation: Changing The Relationship Between Public...