News consumers ‘prepared to pay for quality and distinctiveness’ – DNR 2020 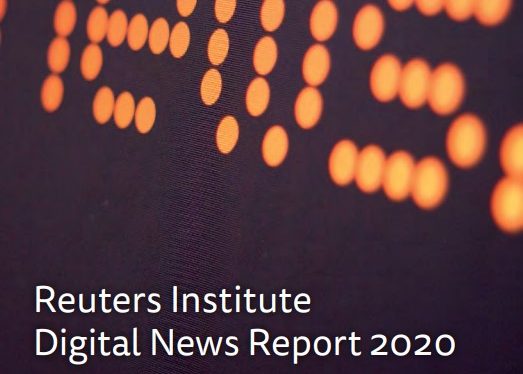 The report is based on a survey conducted by YouGov in 40 countries, with a total sample size of 80,155 adults.

The 2020 edition of the Reuters Institute Digital News Report confirms underlying shifts towards a more digital, more mobile, and more platform-dominated media environment, with evidence that some distinctive and premium news publishers continue to see growth in subscriptions. The report suggests that the coronavirus crisis is likely to speed up these trends while also driving a real – but almost certainly temporary – surge in reliance on trusted news brands on television.

Most of the research carried out for this year’s report, which is based on a survey in 40 countries, was collected in January and early February before the crisis hit. However, the report also incorporates data from updated surveys carried out in April, at the height of the lockdown in many countries.

The report reveals continuing high levels of concern about misinformation online and on social media, with most people holding domestic politicians responsible rather than activists, journalists or foreign governments.

The data collected in April shows that coronavirus crisis and its knock-on impact on print and advertising revenues is already sharpening the focus on publisher strategies for subscription, membership and donations. This has simply accentuated a trend already evident before: data from January showed significant increases in the percentage paying for online news in a number of markets – including a jump of four percentage points in the United States to 20% and eight points in Norway to 42%. There have also been increases in other parts of Europe as well as Latin America and Asia. 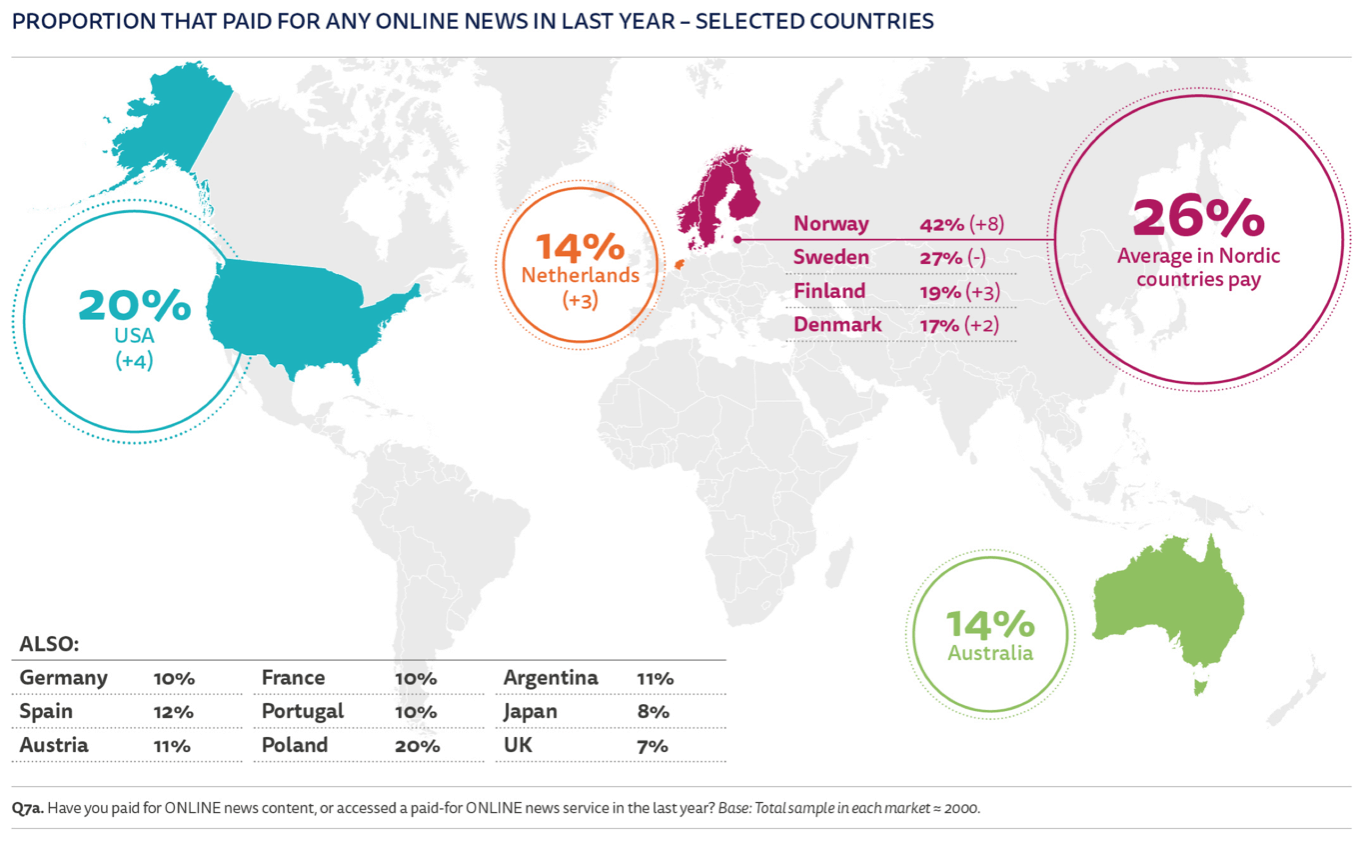 The most important consideration cited by those who subscribe to news outlets is the distinctiveness and quality of the content followed by convenience and price. The purpose or political alignment of a publication is also a key factor for some, especially in the United States. Despite this, the report reveals that a large number of people remain perfectly content with the news they can access for free: a very high proportion of non-subscribers (40% in the US and 50% in the UK) say that nothing could persuade them to pay.

“We see clear evidence that distinct, premium news publishers are able to convince a growing number of people to pay for quality news online. But most people are not paying for online news, and given the abundance of freely available alternatives, it is not clear why they would. In such a competitive market, only truly outstanding journalism can convince people to pay.”

Misinformation and the role of platforms

Global concerns about misinformation remain high. Even before the peak of the pandemic, more than half of the global sample polled (56%) said they were concerned about the prevalence of misinformation in a news context. Domestic politicians are the single most frequently named source of this, though in some countries – including the United States – people who self-identify as right-wing are more likely to blame the media.

When it comes to the spread of false information via online platforms, respondents in most countries were most concerned about Facebook (29%) compared with other networks such as YouTube (6%) and Twitter (5%). However, in parts of the Global South, such as Brazil, Mexico, Malaysia and Chile, people say they are more concerned about closed messaging apps like WhatsApp. False information disseminated via these private and encrypted networks is particularly insidious in nature, as it is less visible and so can be harder to counter.

Recent statements by Donald Trump and the Brazilian President Jair Bolsonaro have highlighted the issue of whether the news media – or platforms like Facebook or Twitter – should block inaccurate or dubious statements by politicians.

Across countries the survey data show most people (52%) agree that the news media should report these statements prominently because “it is important for the public to know what the politician said” rather than not emphasise the statement (29%) because it would give the politician unwarranted attention. This suggests people would like to make up their own mind rather than be told what to think by a journalist – or to feel that information was being withheld.

Overall trust in the media continues to fall

In the January poll, across all 40 markets, less than four in ten (38%) said they trust “most news most of the time” – a fall of four percentage points from 2019. Less than half (46%) said they trust the news they use themselves while trust in search (32%) and social media (22%) is even lower.

In the UK trust has fallen 12 percentage points (28%), following a divisive election where many on the left blamed the media at least in part for their defeat. Political polarisation linked to rising uncertainty seems to have undermined trust in public broadcasters in particular, which are losing support from political partisans from both the right and the left.

Subsequent polling shows that the Covid-19 crisis temporarily increased trust levels in the news media in the early stages of lockdown, though this fell again as the media stepped up its criticism of government and official handling of the pandemic.

“Divided societies seem to trust the media less, not necessarily because the journalism is worse but because people are generally dissatisfied with institutions in their countries and because news outlets often carry more views that people disagree with.”

Further data and insights on topics such as the resurgence of email news and how news consumers access information on climate change can be found in the complete report, available here along with additional resources such as interactive charts and a full description of the methodology used.