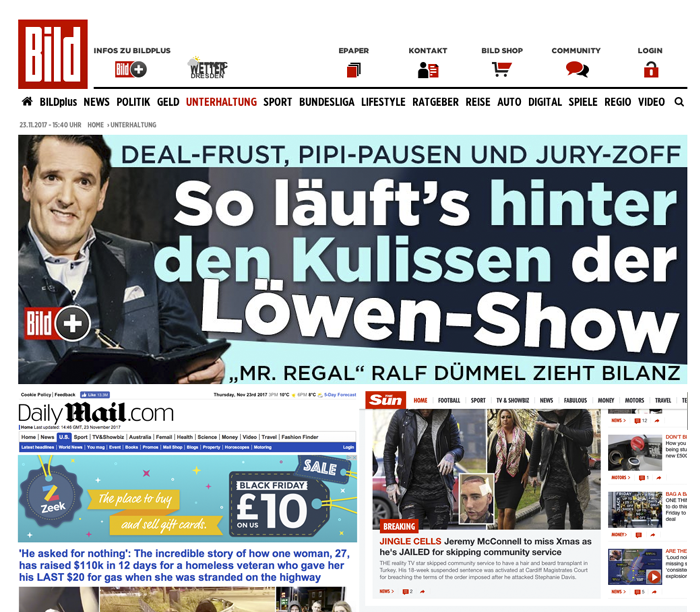 Journalism trainers often start their lectures on the art of crafting powerful and engaging news stories with this famous quote. Searching for a hook – something emotional, startling or shocking to capture the audience’s attention – is something journalists all over the world have learned to take into account when they report on political, social or even human interest stories.

Previous studies have demonstrated that news organisations resort to more sensationalist content when under commercial pressure, or when they are dependent upon advertising revenue, however there is little evidence that sensational stories are more likely to attract the attention of audiences and, if they do, whether they keep audiences interested for longer.

Is sensationalism enough to sell a story?

Paul Hendriks Vettehen and Mariska Kleemans addressed this question in their new study, Proving the Obvious? What Sensationalism Contributes to the Time Spent on News Video.

The researchers, of the Behavioural Science Institute, Radboud University in the Netherlands, used a web-based experiment with a sample of 190 participants to address the question. With the aim of measuring the viewing time per news story, participants watched a maximum of 16 audiovisual news stories, from a leading Dutch television news programme, that varied in content and packaging.

Half (eight) of the video clips shown to the participants were categorised as ‘sensational’ because they were about sensational topics such as fire, accidents, crime or riots – and accompanied by images of fire and blood etc. The researchers described these clips as ‘negative content’. The other half of the videos, described as ‘neutral content’, were about culture or economics.

Half of the news clips were given ‘tabloid packaging’ – for example a high number of camera shots, but also sound effects, music, or decorative editing techniques. The other half was given ‘standard packaging’.

The age and gender of viewers were also taken into account.

Sensationalism has impact, but limited


Vettehen’s and Kleeman’s findings demonstrate that sensationalism has an impact, but it may not be as extensive as previously assumed.

The researchers concluded that while tabloid packaging encouraged viewers to spend more time watching neutral news stories they might not otherwise have spent much time on, it did not promote sensational content that participants were already interested in.

Although the study generally confirmed the old adage “If it bleeds, it leads” as a cunning strategy for attracting and holding a viewer’s attention, the authors advised news producers to be cautious when they adopt sensationalism as a guarantee for success.

The paper is available online

Rana Khaled Arafat is a PhD student in media and journalism at the University of Lugano, Switzerland. She is also an Assistant Lecturer at the Faculty of Language and Communication at the Arab Academy in Cairo. She holds a master's degree in international journalism from Cairo University.
» Research, Short stories » Do Audiences Prefer Sensational News Stories?