Australia: Coronavirus and the media 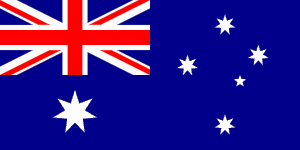 The economic fallout from the coronavirus pandemic has hit the Australian media hard, with local news outlets in particular now struggling to survive.

The coronavirus story presents journalism with some huge challenges. Journalists have to come up with answers to some very difficult questions. What’s the best way to inform the public? Who gets to dominate the news agenda? Whose voices are heard? Whose stories are told? Which messages need to be conveyed? How does one avoid generating panic?

Like many other countries, Australia is in a state of emergency – putting the media under yet more pressure, with economic challenges added to the journalistic ones. The economic crisis has given Prime Minister Scott Morrison a chance to re-make his own image, which was left in tatters as a result of his ineffective handling of the 2019 bushfires. He is now striving to present himself as the saviour of the economy by focusing his coronavirus messaging on his government’s economic recovery plan.

The natural desire for clear information and easily grasped messages at a time of national crisis has also helped Scott Morrison to redeem himself after his reputation was left badly damaged by his poor performance during the bushfire crisis. Now he goes out of his way to present himself as a pragmatic man of action – a good look in the time of corona. He has a reassuring tone of voice and his message is easily grasped: we will make it without panicking, our “Aussie-style” sense of solidarity and a focus on Australia’s economic strength will see us through.

The first stage of the Australian media’s reporting on the virus – when the outbreak was still confined to China – was dominated by the potential economic implications. This was mainly because of the close economic ties between Australia and China – in natural resource management, especially the coal mining industry, and in the higher education sector. This was followed by a short second stage, when the focus was mainly on the numbers of infections and phenomena such as the panic-buying of toilet paper. Now that the crisis has come to a head in Australia, media coverage is again dominated by economic questions such as bailouts for businesses and individuals.

Throughout these stages of coverage, presentation of the Covid-19 issue has been very personalised and focused on Scott Morrison and his latest announcements, with the result that the messaging has tended to be rather simplistic. Reports have conveyed the bare facts, but in general have not explored the complexity of the situation or offered much context or in-depth analysis. This is especially true of the coverage of The Australian and other media owned by News Corp Australia, as well as that of outlets owned by the Nine Entertainment Co media empire.

In addition to the press duopoly of News Corp Australia and Nine Entertainment Co, there is a strong public service broadcasting sector made up of the Australian Broadcasting Corporation (ABC) and the multilingual and multicultural Special Broadcasting Service (SBS).

Both ABC and SBS fulfil their public service mission by providing transparent, objective and diverse coverage of the coronavirus crisis, in radio and TV programmes as well as via social media and various apps. They aim to deliver responsible reporting without sensationalising or trivialising the issue, and refuse to give space to conspiracy theories or bizarre theories.

However, the same faces and voices – the same experts and politicians – are seen and heard over and again in a never-ending loop. The public broadcasters appear to have adopted a rather tame approach as loyal servants of the government, unquestioningly relaying official announcements instead of subjecting the government’s actions to critical scrutiny.

Apart from the messages put out by the government and dutifully conveyed by the mainstream media, the public discourse is dominated by humour rather than high drama. Memes and cartoons have proved to be rather more popular than serious discussions of the “killer-virus”. One newspaper even produced an 8-page special designed to be recycled as toilet paper in response to the unprecedented demand for that commodity.

Local media have come into their own by telling the stories that matter to their communities, simply and without undue sensationalism. In a chapter for the forthcoming book The Local and the Digital in Environmental Communication, I argue that local and regional media both provide an essential service. This aspect of their role is more important now – when a global crisis is having a massive impact at a local level – than ever before.

Despite this, on 1 April News Corp announced that it was suspending the print editions of 60 local editions in Australia, citing the sharp fall in media advertising caused by the coronavirus pandemic. From now on, only online editions will be available. The following day, the magazine publisher Bauer closed the editorial offices of leading titles in New Zealand, again because of the severe economic impact of Covid-19. This move does not augur well for Bauer’s operations in Australia.

A glimmer of hope emerged on 15 April with the government’s announcement of a support package for regional journalism. This came just a day after the publishing group Australian Community Media said it had decided to suspend the print production of a number of non-daily papers until the end of June. It remains to be seen for how long the essential stories of individuals and local communities dealing with the virus’s impact on their lives will continue to be told.

This is an updated version of an article previously published on EJO German with the headline “Australien: Die Corona-Krise und die Medien“

Communications scientist and journalist Franzisca Weder is a senior lecturer at the University of Queensland, Brisbane. She was previously an Associate Professor at the University of Klagenfurt, Austria. Her main research interests are sustainability and environmental communication. For further details see: https://bit.ly/2VzkIcJ
» Ethics and Quality, Media and Politics, Recent » Australia: Coronavirus and the media