Interview: Are social media platforms helping or hindering the mandate of public broadcasters? 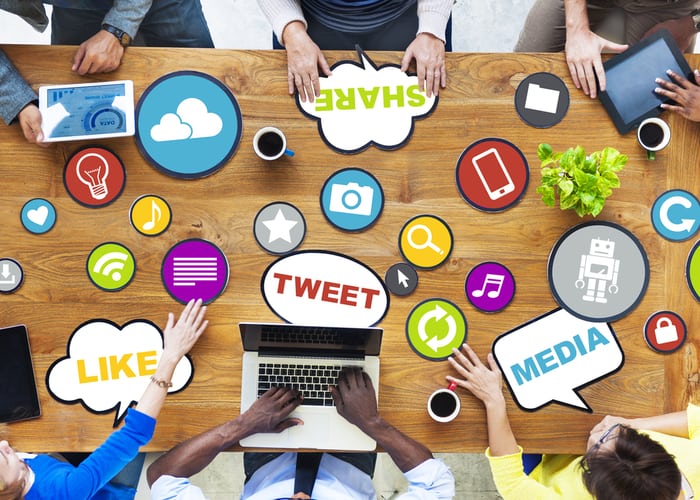 It is no secret that the rise of social media has forced news outlets in Europe to adapt the way they engage their audiences.

Henning Eichler, a journalist, and lecturer at the Darmstadt and the Rhine-Main universities, has examined how this trend of platform-optimised journalism has particularly impacted public service media.

Eichler is the author of a study titled: Journalism in social networks. ARD and ZDF under the spell of algorithms?. His research includes interviews with various public broadcasters in Germany.

He spoke with EJO fellow Olivia Samnick about the difficulties they are facing and what solutions are available for Europe as a whole.

EJO: Public service outlets have a mandate to provide the public with a balanced supply of information, education, culture, and entertainment. How are digital platforms more effective in supporting this mandate than traditional media, such as television and print?

Digital channels, especially social media, offer great opportunities to engage and exchange ideas with audiences – for example, through community management or digital tools for surveys and quizzes. In this way, you can involve people in the discourse and get immediate feedback on content and ideas for new topics. Of course, this was also possible before the rise of social media –  newspapers have letters to the editor, and almost all radio stations have telephone hotlines. But this direct exchange is much more feasible on social networks and can enrich engagement.

EJO: But not everyone consumes journalism via social media.

There is a clear generational divide. People in their mid-40s and older tend to use what they grew up with – the linear media, which operates on the basis of a programme schedule and simultaneous viewing or listening. But these formats hardly play a role in the way people under thirty engage with news. Instead, they receive journalistic information and daily news coverage via social media and, to a lesser extent, via non-linear, on-demand channels such as audio libraries.

Public service media must engage all demographics equally. The problem is that editorial teams must find a way to simultaneously work on digital and traditional mediums. Two types of journalism are needed: traditional, linear formats that follow traditional conventions and journalism for social networks. The latter is examined in more detail in my study.

EJO: The public broadcasters you interviewed use algorithms to extend their audience reach. What are some of the challenges they highlighted?

My interviews suggest that editorial offices depend on algorithms to distribute their content without having an in-depth understanding of how these algorithms work. If you want to be successful on a platform, you must follow its conventions. Editorial teams are therefore concerned with finding out how algorithms work – what content they prioritize. But, in doing so, they are always a step behind the latest development on the platform because the modes of operation are not disclosed, and developers only communicate changes after they have been implemented. This is a challenge that faces everyone – journalism as well as, for example, the cultural sector.

EJO: What did the public broadcasters in your study say about dealing with the fast-paced and ever-changing nature of social media?

In the interviews, editors described having to adapt extremely quickly to new algorithms. In extreme cases, if they fail to keep up with changes an entire news feed is jeopardised – because the algorithms do not prioritise the journalistic content, and this can severely affect the reach of articles. This shows the strong dependence on social media platforms.

The platforms, in turn, are reluctant to assume their social responsibility, although they now play a critical role in the forming of opinion and will. A compelling example of the power social platforms wield is the storming of the Capitol in the US – a historic incident that was probably made possible by social networks.

EJO: What are the solutions to these challenges?

We need more regulation. Politics has a duty here. Algorithms prioritise features such as superficiality, polarisation, emotionality, and humour. These characteristics often have little or nothing to do with journalistic quality. However, it has long been technically possible to make so-called public value content more visible through algorithms. But, of course, content, which is of value to the public, doesn‘t just have to come from public media; there are also private providers who do excellent journalism. So, what if the major social media platforms could be required at the European level to identify public value content and use algorithms to prioritise it so it reaches as many people as possible?

EJO: That would mean unified rules for everyone?

Yes, that is a big one. One option I see is the European Broadcasting Union (EBU) agreeing on standards and then trying to introduce these into European politics. The EBU has an important role to play because many public service media across Europe are members.

EJO: Almost every media house has an established style guide, so why is there a delay in creating ethical standards and guidelines for social media platform-optimised journalism?

In Germany, for example, I think it is because the public media were in a state of shock for a long time when they realised that they were struggling to reach the younger generation via traditional, linear programming. So, when they came up with journalism for social media and had great success, hardly any fundamentally strategic or ethical questions were asked, such as: ‘what dependencies are we creating, and how can we protect our core values in digital environments?’.

In the interviews, I found that some journalists are seeking guidance. While there is evidence of a  shared understanding of public service values, there is still a lot of ambiguity around how these should be applied in practice. This always leads to a dilemma, with journalists asking – do I build my contribution in such a way that it generates more reach and more interaction, or do I balance the content so that it reflects the diversity of opinion as objectively as possible? This does not always have to be a contradiction, but it often is. A digital press code that governs how public service media operate on commercial platforms could help.

EJO: What other questions should public service media ask themselves?

In general, it is also a question of management – how much platform optimisation can public service providers afford? How much does one orient oneself to the analytics data platforms make available? Is this data complete and reliable? How should offerings be adapted based on this data?

Reduce dependencies on commercial networks – for example, the German public broadcaster ARD has been adapting its platform strategy for about a year. Social media should be used for conversion, i.e., to direct users to a media outlet’s own pages and libraries via short teasers or trailers. For some years now, the BBC has also been trying to reduce its dependency on these networks by strengthening its own digital infrastructures. However, whether this strategy of reduced dependence on these social media platforms will be successful is still left to be seen.

Read the German EJO version of this article here.

If you liked this story, you may also be interested in: Policy brief from UNESCO recommends urgent interventions to protect quality journalism

Olivia Samnick, MA Journalism, Media, and Communications, is a journalist based in Germany. Her work includes multimedia publications in Germany's leading news magazine SPIEGEL ONLINE, and the leading reportage magazine GEO, as well as documentaries on refugees and migration. She joined EJO as a fellow in 2021. Website: www.oliviasamnick.com
» Digital News, Newsroom Management, Recent, Technology » Interview: Are social media platforms helping...