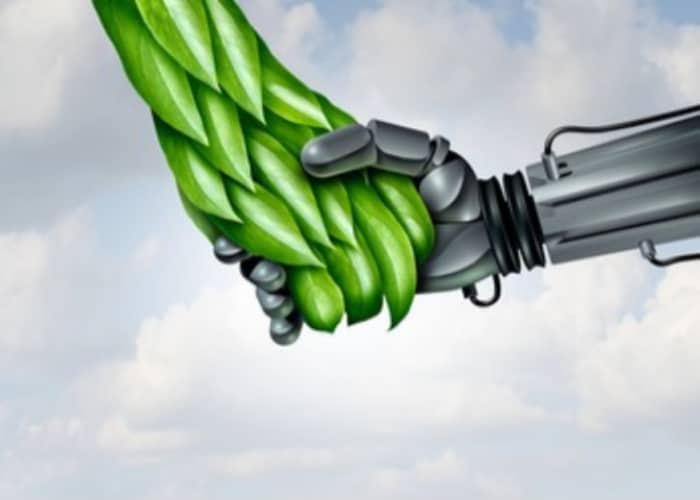 We have heard it all again at Cop 27. Last month, the UN’s climate change summit in Egypt warned that the planet is “sending a distress signal” and that the past eight years were on track to be the warmest on record.

The years of the global pandemic have hastened our reliance on technology and the inescapable acceleration of adopting AI, big data, cloud computing, and video technologies. We are constantly plugged into the cloud. We eat, socialise, work, study, and exercise online. New research from Milkround in the UK reveals that video conferencing has surpassed email as the most widely used form of business communication during the lockdown. We are more reliant on communication systems than ever before. But what does this all mean for the planet’s biggest climate emergency?

Despite global lockdowns, greenhouse gas emissions have remained stubbornly high. While emissions fell by as much as 17 per cent in April 2020, as the world’s economy recovered, they rebounded, with the UN indicating 2020 saw just a 7% decline in carbon dioxide relative to 2019.

How? You may ask. According to the International Energy Agency, 64 per cent of the global electricity energy mix comes from fossil fuels (coal 38 per cent, gas 23 per cent, oil 3 per cent). Since fossil fuels are the largest source of greenhouse gas emissions, an increase in energy consumption will lead to more carbon emissions. Without fundamental shifts to renewable resources in global energy production, we won’t be able to avert the trend. In addition, information and communications technology (ICT) is responsible for 5-9% of global electricity use and around 3% of greenhouse gas emissions, with predictions of an increase far above 14%.

Is AI a green solution?

Technological innovations and digital services are at the core of green economic recovery packages worldwide, with the potential to create millions of jobs and boost economies devastated by the pandemic. In its Strategic Foresight Report 2022, the European Commission is very clear about the crucial role of the “twin transition” – green and digital – going hand in hand to save the planet and our economies. However, these debates often seem to avoid another crucial question: how green are these digital technologies and, in particular, those that support Artificial Intelligence?

In a new book entitled Is AI good for the planet, I addressed this question through an exploration of the extractive production and supply chain of AI, thus unveiling the environmental costs of the current data-driven communication systems. I investigated the required resources and materials – the technologies, machines, and infrastructure. I found that the processes of production, consumption and disposal involved in AI’s life cycle are, in fact, using vast amounts of energy to compute, analyse and categorise information, thus depleting scarce resources and exacerbating the climate crisis. This consideration of the environmental impact of AI production is key to our understanding of the usefulness of this technology – usually defined by its ability to bring the radical change we need.

These findings challenge the long-held view that technology is a fix-all solution to the inequalities of capitalism. As Vincent Mosco eloquently argued, “one generation after another has renewed the belief that, whatever was said about earlier technologies, the latest one will fulfil a radical and revolutionary promise. Embedded in this neoliberal, techno-determinist discourse is a belief that digital technology can disrupt inequalities and power asymmetries without the need to challenge the status quo. Following similar mythologies, the “sublime phase” of AI offers these applications as the solutions to the greatest challenges of the age: from addressing chronic diseases, repairing the economy, managing social services, and anticipating cybersecurity threats to solving the climate crisis.

This portrayal of AI as the magic, sublime hand that will rescue society while artfully ignoring the question of the environmental impact of its infrastructures creates a mythology, which “Is AI good for the planet” aims to dispel. 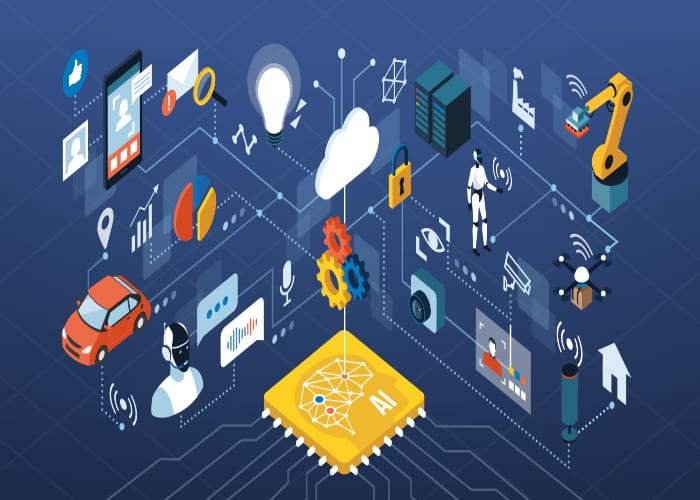 Investigating the impact of the production, transport and disposal of technologies that support AI’s life cycle

To understand the environmental costs of AI, we need to analyse its global production and supply chain – the production, transport and disposal of technologies that support AI’s life cycle. The first step in this process is extractivism, which seems to disregard environmental justice. The extraction of rare metals and mineral sources, such as Lithium, has been shown to have adverse environmental impacts – for example, depleting water resources and draining wetlands in South America.

What’s more, this production phase appears to be following the logics of colonialism. In her work on digital developments with humanitarian structures, Mirca Madianou created the concept of ‘technocolonialism’ to analyse how ‘the convergence of digital developments with humanitarian structures and market forces reinvigorate and rework colonial legacies’. The argument here is that colonial genealogies and inequalities characterise the global production/ supply chains of Artificial Intelligence. This is evident in the exponential growth in the demand for mineral resources in the EU, mainly for use in batteries, with the European Communication projecting a 3500% by 2050 rise in this demand, which will be supplied by extractive processes.

Adverse environmental impacts are also evident in the second stage of the production process – AI modelling. A new study published by the College of Information and Computer Sciences at the University of Massachusetts Amherst quantifies the energy consumed by running artificial intelligence programs. In the case examined by the study, a common AI training model in linguistics can emit more than 284 tonnes of carbon dioxide. This is comparable to five times the lifetime emissions of the average American car or roughly 100 return flights from London to New York.

Furthermore, Artificial Intelligence relies on data to work. At present, cloud computing eats up energy at a rate somewhere between the national consumption of Japan and that of India. Today, data centres’ energy usage averages 200 terawatt hours (TWh) each year, more than the national energy consumption of some countries, including Iran.

Additionally, data centres require large, continuous supplies of water for their cooling systems, raising serious policy issues in places like the US and Australia, where years of drought have ravaged communities.

Another key consideration is that AI development is based on a model of surveillance capitalism, enhanced by data extraction, analysis and monetisation. This, in turn, has contributed to the development of increased consumption habits. Facilitated by decades of unregulated capitalism, AI services and products bear massive responsibility for generating uber-consumerism of digital services and destructive hyper-consumption that all lead to unattainable energy demands. New developments in AI – especially neural networks – place high demands on energy, while the gains in efficiency currently achieved in data centres have proved very slow in compensating for the escalating demands of computational power.

Lastly in the production/supply chain of AI, when communication and computational machines are discarded, they become electronic waste or e-waste, saddling local municipalities with the challenge of safe disposal. This task is so burdensome that it is frequently offshored, and many countries with developing economies have become digital dumping grounds for more privileged nations, as the case of Kenya demonstrates.

To make matters worse, while promising to solve the Climate Emergency, AI companies are marketing their offers and services to coal, oil and gas companies, thus compromising efforts to reduce emissions and divest from fossil fuels. A new report on the future of AI in the oil and gas market published by Zion Market Research found that the sector of AI in oil and gas is expected to reach around USD 4.01 billion globally by 2025 from 1.75 billion in 2018.

Looking at the actual environmental toll of the global production/supply chain pushes the issue to the centre of the climate emergency debate. It should force us to question who should own and control the essential infrastructures that power Artificial Intelligence, what values should guide its development, what purposes it should serve and what consequences it should be allowed to have on our collective well-being.

At the time of writing, several international agreements, position papers and guidelines are being discussed and initiated at global or national levels. The recently released “Strategic Foresight Report 2022 on ‘Twinning the green and digital transition in the new geopolitical context’, published in June this year, for the first time, is explicit about the fact that digital technologies will also bring with them additional environmental burdens. Let’s hope this will be the starting point for a policy debate that expands the ethics framework, embraces a green agenda for Artificial Intelligence, and puts the climate emergency at centre stage.

“Is AI good for the planet” has been selected as best books picks by Nature. Learn more about the publication here.

If you liked this story, you may also be interested in: How journalism is joining forces with AI to fight online mis/disinformation

Benedetta Brevini, PhD, is Associate Professor of political economy of communication at the University of Sydney and Senior Visiting Senior Fellow LSE, Department of Media and Communication. Before joining the academy, she worked as journalist in Milan, New York and London for CNBC, RAI and the Guardian. She is the author of several books including Is ‘AI good for the Planet’ (2022), ‘Amazon: Understanding a Global Communication Giant’ (2020), ‘Public Service Broadcasting Online’ (2013) and the editor of ‘Beyond Wikileaks’ (2013), ‘Carbon Capitalism and Communication: Confronting Climate Crisis’ (2017), and ‘Climate Change and the Media’ (2018). She is currently working on a new volume for Polity entitled “Communication systems, Technology and the climate emergency”.
» Digital News, Latest stories, Research, Specialist Journalism » Dispelling the ‘green’ AI myth: the...