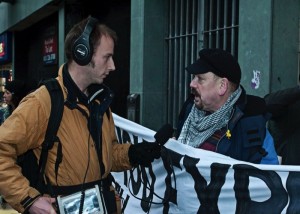 Across high income democracies, three differences are clear: First, local media are losing the battle for media users’ attention. Second, local media are losing the market power they used to have in local advertising. Third, it is not at all clear that digital media will provide the basis for significant amounts of local journalism. Most people have access to more and more media, but less and less local journalism.

All of us live our lives locally, in least in part. We take part in local community life, our children go to local schools, we vote in local elections, we root for local teams, and we shop in local shops. The media business historically has reflected this. We cared about our community, sought out information about it from local media, and local authorities and businesses interested in reaching us in turn bought advertising in these local media.

There was some overlap between local lives and local media markets. This was where local newspapers especially found a lucrative niche, a niche that allowed them to build profitable businesses and invest (to varying degrees) in journalism covering local public affairs and local community life. This overlap between local lives and media markets sustained local and regional media that in most countries account for the majority of the journalistic workforce.

This overlap between how we live our lives and how media markets operate is disappearing, and with it, a large part of the business rationale for local news media investing in local journalism. Every survey suggests most of us still care about local issues. But in practice, faced with ever more intense competition for our attention in an increasingly digital and converged media environment, local media are losing out to issues we care even more about—whether that is national and international news or other forms of content like entertainment and social media postings from friends and acquaintances.

The audience for local news is diminishing and changing

This means that the audience for local news is eroding, and skewing increasingly towards the older parts of the population. This is different from the situation at the national level, where many legacy media have eroding audiences on their analogue platforms, but growing ones on their digital platforms. Local media, in contrast, in many cases reach fewer people online than offline. Overall, one US study suggest that local news media account for well below one percent of all pageviews in local media markets. This is a problem for advertising-supported local media like radio and television, as it is for local media that historically have relied on subscription and sales, like local newspapers.

To make matters even more challenging, the link between local content and local advertising is broken in digital media with the increasing ability of companies like Google and Facebook to offer location targeting. Local media used to have considerable monopoly power in their negotiations with local advertisers—how else would you reach people in your area? Not so anymore. As one advertising executive put it in a The Economist Special Report recently: “Local isn’t valuable anymore. Anyone can sell local.” This too is different from national and international media, as communities of interest can still be profitable if their demographics or tastes are attractive to advertisers, and can still be reached in volumes where even relatively low advertising rates generate significant revenues. It is much harder to reach volume and scale on the basis of local communities.

These two developments, local content losing out in the competition for our attention (and hence our willingness to pay) and local media losing control over a historically valuable near-monopoly on local advertising together represents an existential challenge for local media as a business, whether they come out of print, broadcast, or digital. Local news is still profitable, but almost always on the basis of rapidly eroding legacy media revenues. As analogue readers, viewers, and listeners literally die off and new “digital natives” come to represent the majority, where it the money going to come from? Newspapers and broadcasters are not the only ones that have struggled to find a sustainable business model for local news in an increasingly competitive media environment.

Digital local news sites, including local news sites backed by some of the biggest, most data-driven, and otherwise successful digital media companies, have struggled too—as illustrated by the problems faced by Sidewalk.com (a Microsoft project), Everyblock (originally funded by a Knight Foundation Grant, later acquired and closed by NBC News) and Patch (formerly AOL and now Hale Global). Whereas a range of online-only media brands have made clear contributions to the national and international media environment and digital media more generally offer us many amazing opportunities, it is much less clear that digital media have enriched local news and information environments.

Is there demand for community-based hyperlocal media?

One possible exception to this is independent for-profit, non-profit, and community hyperlocal media, who may to some extent find a space in areas where other forms of local journalism are fading away. Indeed, research suggests that that very fading—or a long-term dissatisfaction with the perceived paucity of existing local media—is a key motivation for civic entrepreneurs and would-be digital local news businessmen launching new locally-oriented sites.

As of 2015, after more than twenty years of experimentation with local digital news publishing, the jury is still out on how much these sites can do, and while some have impressed, many more have failed and disappeared. While there are whole countries where very few hyperlocal sites have been even established (in Scandinavia, for example), there are encouraging signs that they do valuable work in the communities where they do exist. (Recent research from the US suggests these communities tend to be those that are more homogenous and affluent, whereas fewer sites exist and survive in underprivileged areas.)

A comprehensive study in the UK, for example, underlined that while few hyperlocals do significant amounts of critical or investigative journalism, they do produce valuable information and include a diverse range of voices.

These sites often seem to have a stronger connection with their local community than older forms of local media where news coverage has often been rationalized and centralized and may seem distant form people’s ordinary lives. But hyperlocals so far have rarely turned into robust businesses or even long-term self-sustaining non-profits, as many sites close down after a few years. Even in cases where they produce really valuable local content and help connect communities, it is worth keeping in mind that they seem unlikely to build the kind of audience reach, capacity to provide a wide and steady stream of local news coverage, and the resilience to withstand pressures (including for example legal threats) from powerful players in the local community.

Another possible exception is stronger local public service media. PSBs have long offered local radio, regional television, and locally-oriented digital news. (Though the areas they cover are generally far larger than those of local newspapers and hyperlocal websites–in the UK, for example, the BBC operates 12 regions and 43 smaller local radio stations across England. By comparison, more than three hundred local websites are part of the network Openly Local, and more than a thousand local newspapers are part of the Newspaper Society.)

In the BBC’s recent “Future of News” report, Director of News James Harding argued that the decline of local newspapers meant that the BBC would have to do more to provide local news to serve all parts of the UK. Many other public service media have similar ambitions, though of course private sector local news media have pushed back arguing this will make their life even more difficult, and even disregarding this political challenge, actually delivering more local public service news at a time where resources are often under pressure and expectations as to output are only increasing is not easy and will require cuts elsewhere.

So while there is still much potential for local journalism on digital platforms, we need to talk about what the implications are when older forms of local journalism based on legacy media like newspapers are in decline and facing existential challenges to their future sustainability. Local journalism may rarely have had the heroic appeal of the most prominent examples of national and international journalism, and some local journalism is frankly pretty terrible. But local journalism is important none the less. Reams of academic studies have documented that existing forms of local news media, for all their shortcomings, help people stay informed about local affairs, increase civic and political participation, and strengthen local community ties. We used to be able to take for granted that these local news media would continue to exist. We no longer can.

Rasmus Kleis Nielsen is Director of Research at the Reuters Institute for the Study of Journalism. He is the editor of, most recently, Local Journalism: the decline of newspapers and the rise of digital media (published by I.B. Tauris). The first chapter of the book is freely available here.

Rasmus Kleis Nielsen is Director of Research at the Reuters Institute for the Study of Journalism, Professor of Political Communication at the University of Oxford, and serves as Editor in Chief of the International Journal of Press/Politics. His work focuses on changes in the news media, political communication, and the role of digital technologies in both. He has done extensive research on American politics, journalism, and various forms of activism, and a significant amount of comparative work in Western Europe and beyond. Recent books include The Changing Business of Journalism and its Implications for Democracy (2010, edited with David Levy), Ground Wars: Personalized Communication in Political Campaigns (2012), and Political Journalism in Transition: Western Europe in a Comparative Perspective (2014, edited with Raymond Kuhn). Most of his research is broadly concerned with the intersection between old organizations and new technologies, and in particular with the various forms of civic engagement and popular participation that emerge and are enabled there and the institutions and institutional preconditions that underpin them and make them possible. Follow him on Twitter @rasmus_kleis
» Digital News, Latest stories » More And More Media, Less And...