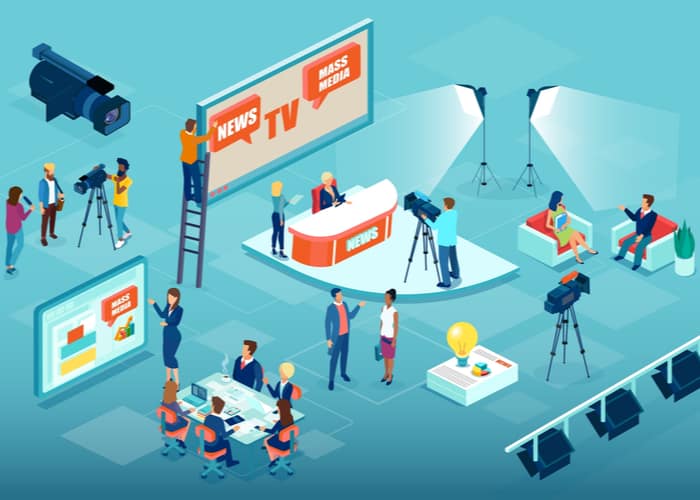 As part of its World Trends in Freedom of Expression and Media Development series, UNESCO recently published a policy brief titled “Finding the funds for journalism to thrive: policy options to support media viability”, which offers 22 actionable recommendations to improve the viability of news media and address threats against journalism. This follows action by governments around the world to support journalism in the wake of the Covid pandemic and widespread interest in getting big tech to help support quality news and information.

Australia was a front runner when it introduced its News Media Bargaining Code in 2021, which forces social media platforms to negotiate with publishers. Other countries like Canada, Italy, and South Africa are interested in following suit.

The UNESCO report noted other ideas that have surfaced, such as taxes on microtargeting or a “special tax” that would offset potential societal harm caused by social media platforms and be used to support journalism through arms-length mechanisms.

As well as highlighting policies from around the world, the report paints a stark picture of a global media landscape weakened by the shift of advertising to online platforms like Google and Facebook (now Meta) and operating against a backdrop of growing social and media polarisation, the viral spread of disinformation and conspiracy theories, and rising authoritarianism.

It also highlights the growing gap in access to quality information between elite audiences who can pay for news and under-served “information poor” communities. “The picture is as much a crisis of disparity in the provision of sustainable journalism, as a crisis for the field as a whole,” the report states. The decline of local media outlets has created news deserts in some areas.

The call to action

The UNESCO policy brief is a call to urgent action to reverse these trends, which are damaging not just for journalism but for society as a whole.

Aside from dwindling ad revenues, numerous challenges threaten the financial sustainability of media outlets, the report highlights. These include:

While 67% of news organisations surveyed by the Reuters Institute for the Study of Journalism still rely largely on dwindling advertising revenues, many are also experimenting with subscription and donation models. Short-term philanthropic funding can be a lifeline to media outlets but rarely promotes long-term sustainability and often come with strings attached.

The Covid pandemic marked a turning point, causing massive job losses in the media sector, but the spread of Covid-related mis/disinformation also served as a reminder that journalism is a public good and access to trustworthy news sources is key to the functioning of democratic societies.

Beyond media organizations, other actors must also get involved to “save—and ideally expand—the range of news providers serving the public,” the report states. In particular, it explores forms of public intervention, which offer opportunities to support trustworthy news outlets but require safeguard mechanisms to ensure funding is fairly distributed and does not undermine media independence.

During the pandemic, more governments have stepped in to aid journalism and support struggling media outlets, either through direct subsidies or indirect aid in the form of tax relief (Indonesia, France, US, Canada, Lebanon, Tunisia, Colombia), vouchers to boost subscriptions, government advertising or media grants. International aid agencies are also supporting press freedom worldwide, though their efforts still fall short of what is needed.

In its conclusion, the UNESCO brief underlines that interventions are urgent, but “each country will need to find its own solutions”. Its policy recommendations to governments, lawmakers, regulators, media, and other stakeholders includes the creation of a National Commission to identify issues and propose country-specific solutions as well as setting up independent expert panels involving NGOs, journalist unions and academia to award funding.

The report concludes that to increase demand for quality journalism and address issues on the supply side, media organisations and practitioners themselves also have a role to play. It declares: “They need to reinvent journalism and make it more inclusive and compelling.”

If you liked this story, you may also be interested in: New report puts a price tag on journalism’s survival

Tags: Business Models. Governmental Funding for Journalism, Columbia School of Journalism, How to Save the News, UNESCO

The report was authored by: Dr. Anya Schiffrin, the director of the Technology, Media and Communications specialization at Columbia University’s School of International and Public Affairs; Dr. Julie Posetti, Global Director of Research at the International Center for Journalists (ICFJ); Francesca Edgerton, who holds a master’s degree from New York University; and Emily Bell who directs the Tow Center at Columbia University’s journalism school. The blog post was adapted by Nicole Pope from the original brief.
» Business Models, Media Economics, Recent » Policy brief from UNESCO recommends urgent...