Review: The dynamics of disinformation in developing countries 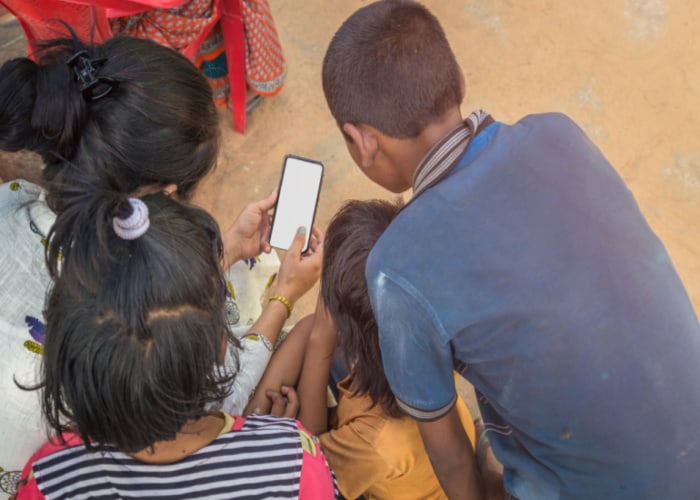 In an attempt to explain the past decade of political tumult, a growing body of research has examined the role played by social media – particularly disinformation spread through social networks – in fostering conflict and discontent. Given the prominent examples of Brexit, the nomination and election of Donald Trump, anti-vaccine sentiment, and the January 6 Capitol attack, it is not surprising that most of the analysis has focused on its impact on wealthy democracies.

To address this lopsided perspective, Disinformation in the Global South, edited by Herman Wasserman and Dani Madrid-Morales, features thirteen articles that analyse disinformation in areas of the world where trust in the media is low, and falsehoods on social media are able to flourish.

The Global South generally includes countries that are classed as “developing” due to their socio-economic and political characteristics. Using numerous examples and settings, Disinformation in the Global South offers insight into the mechanisms by which disinformation emerges, spreads, and becomes dominant in these societies and how the unique designs of social networks facilitate this dynamic. It also looks at solutions to these challenges.

In their chapter titled Aliens, Spies, and Staged Vandalism, researchers Ingrid Bachmann, Daniela Grassau, and Claudia Labarca point out that many countries in the Global South category are dominated by perceived dictatorships that either control or maintain close relationships with domestic media. This, they said, leads to an absence of critical coverage and outright distrust of traditional news channels.

Focusing on the Democratic Republic of Congo (DRC), academics Sébastien Maluta Makaya and Katrien Pype, in their chapter, Noise in Kinshasa, note that most local outlets in Kinshasa in the DRC repeat government talking points rather than provide objective reporting. Populist leaders around the world appropriate seemingly objective resources like statistics to further their agenda, argues media and communications Professor Jairo Lugo-Ocando. And according to media scholar Alessandro Martinisi in Lies, Damned Lies, and Development, this makes them “almost irrelevant in some contested media spaces where populist leaders have introduced the notion of ‘alternative facts’, depriving statistics of any power to influence the public.

Across the Global South, this credibility vacuum provides fertile ground for the spread of ‘alternative’ sources that provide disinformation under the guise of legitimate news.

The role of social media

Disinformation in the Global South notes that most users in these developing regions were first introduced to the Internet through social media and mobile apps. In countries like the Philippines, Meta and other digital companies bundle access to their platforms with basic mobile phone service plans, which – according to Edson Tandoc from the Wee Kim Wee School of Communication and Information, in his chapter, Contextualizing Fake News – has effectively made platforms like Facebook “the internet for many Filipinos”. This also means that users cannot verify articles they find on Facebook because they do not have access to the wider Internet. In fact, in many parts of the Philippines, even users who do have full web access find it too slow to use to verify key facts, the chapter suggests.

Researchers Ozan Kuru, Scott Campbell, Joseph Bayer, Lemi Baruh, and Richard Ling, who focused on Encountering and Correcting Misinformation on WhatsApp, studied the spread of disinformation on direct messaging platforms like WhatsApp in the United States, Singapore, and Turkey. They looked at how disinformation can filter into conversations in private groups. What is particularly concerning, in this context, is that the platform cannot flag, or censor identified falsehoods because messages on WhatsApp are ostensibly private and encrypted.

Furthermore, sometimes, the spread of disinformation goes unnoticed by users because they consume content in an ‘entertainment mode,’ in which their natural scepticism is suspended. Users are thus exposed to disinformation – unaware it is present in the media they are consuming.

Importantly the book also highlights potential solutions to the spread of disinformation, including fact-checking and media literacy. The former is the focus of the chapter How Three Mission-Driven News Organizations in the Global South Combat Disinformation Through Investigation, Innovation, Advocacy, and Education by Nabeelah Shabbir, Julie Posetti, and Felix M. Simon. They examine how outlets in India, the Philippines, and South Africa converted tools used to spread disinformation into strategies to circulate fact-checks.

For example, they look at how The Quint in India allowed their readers to submit articles with disinformation through WhatsApp, which the outlet fact-checked and then published their findings. Both The Quint and the Filipino Rappler present their fact-checks as videos, which “converted fact checks into something that is more ‘pop culture’” to appeal to younger audiences.

Journalism academics Anya Schiffrin and Peter Cunliffe-Jones, who wrote the chapter titled Online Misinformation, described how fact-checking outfits like Verificado in Mexico and Chequeado in Argentina have also started teaching media literacy, suggesting this could reduce susceptibility to disinformation on the Internet.

However, dictatorships can also easily abuse these techniques to produce propaganda. In his chapter titled Rumor-Debunking’ as a Propaganda and Censorship Strategy in China, Kecheng Fang from the Chinese University of Hong Kong argued that two Chinese government-backed websites, The Joint and Jiao Zhen, “co-opt the name and form, rather than the independent stance and professional practices, from fact-checking journalism”. The articles on their sites, he said, were primarily sourced with government information and functioned to distribute party propaganda rather than verify concerning claims. Fang’s chapter demonstrates how a tool used to fight disinformation can also support an authoritarian regime focused on its own image.

If you liked this story, you may also be interested in: How games, TikTok and fake fact-checking sites became disinformation tools during the war in Ukraine

Isaiah Glick is a junior at the Berkeley Carroll School in New York City. He is currently the assistant editor-in-chief at the Berkeley Carroll Blotter, the official student newspaper of the Upper School. His interests include the intersection of media and politics from a historical perspective.
» Ethics and Quality, Recent, Research » Review: The dynamics of disinformation in...