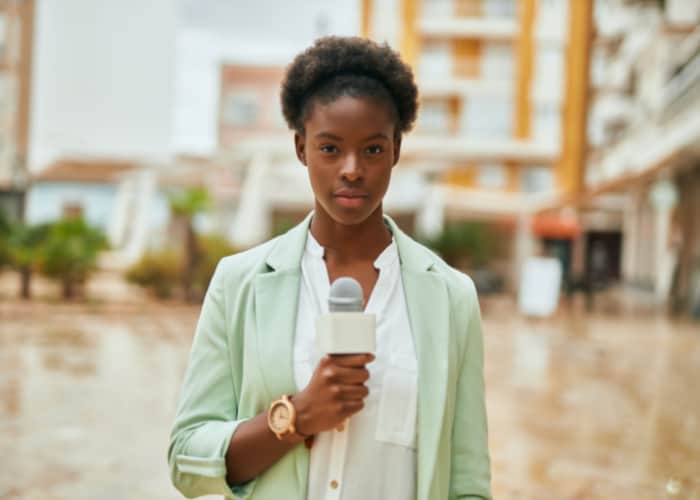 The prominence of recent conflicts, such as the war in Ukraine, has reminded us of the difficulties and complexities facing the journalists reporting on these events. This is especially true when the reporter is directly affected by the story. One-sided portrayals and biased data can distort the media’s reporting of conflicts.

However, this is an area of journalism that has not been sufficiently examined in academia, with the existing studies and data based mainly on the experiences of Western male foreign reporters. These limitations in current research have led academic Richard Stupart, who studied the sociology of conflict reporting in South Sudan, to question the depth of our understanding of the issue.

This question inspired my PhD dissertation, titled “Women Journalists in Local Radio: Access, Interaction, Participation in Conflict Resolution and Transformation Processes in Burkina Faso”. It looks at how female journalists in local radio stations outside the saturated media landscapes of the big cities in Burkina Faso deal with different types of conflict reporting – from terrorism-related violence to everyday conflicts such as interpersonal, land and social disputes. This allowed me to observe the specific challenges facing those who, unlike many international foreign correspondents, live in the conflict zones they cover. 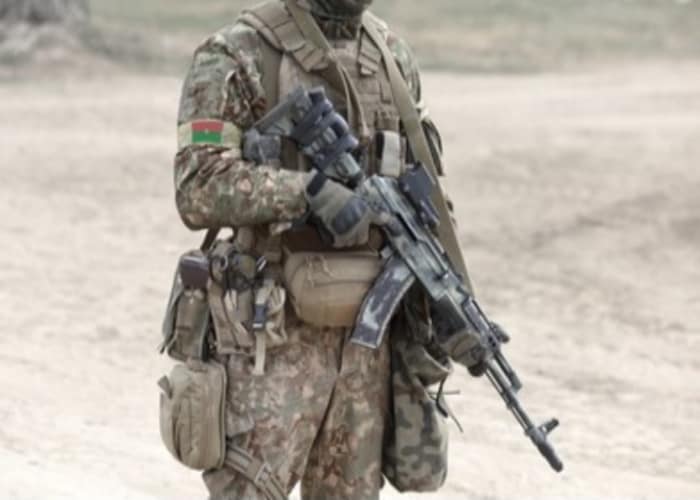 The security situation in Burkina Faso has become increasingly complex in recent years. Photo by Shutterstock

A landlocked country in West Africa with a population of more than 21 million, the security situation in Burkina Faso has become increasingly complex and has deteriorated rapidly in recent years. From a global perspective, the crisis is linked to transnational terrorist groups such as Al-Qaeda in the Islamic Maghreb and the Islamic State in the Greater Sahara.

These global networks operate primarily in Burkina Faso and the surrounding areas – Mali, Niger, and Chad – extending further into coastal countries (Benin, Togo, and the Ivory Coast). Terrorist groups and criminal associations have expanded in recent years, establishing wide networks of illicit activities such as drug trafficking, human trafficking, and illegal mining. Also, important local groups, such as Ansarul Islam in the Soum, have emerged, feeding political, economic, and social instability in these regions. According to the UN Office for the Coordination of Humanitarian Affairs, the current crisis in Burkina Faso has resulted in the displacement of nearly two million people, the closure of thousands of schools and the tragic loss of lives.

Local radio stations in Burkina Faso provide diverse spaces for addressing these conflicts. On air, they use a variety of approaches, including traditional news formats and cultural and performative programmes with listeners’ participation. Beyond the airwaves, the stations engage in peacebuilding projects and socio-cultural events to strengthen social cohesion and peaceful coexistence.

However, the complicated security situation in Burkina Faso has led to new challenges for radio stations. Factors such as intimidation of staff and limited resources often result in self-censorship and the restriction of press freedom. Yet, radio stations do not remain passive; they find innovative ways to address difficult topics, for example, by using more abstract angles or drawing on voices from ‘outside’ – external productions, dubbing of features, and experts’ voices. But while using external voices and productions is a strategic way of addressing sensitive topics and local conflicts while protecting the outlet from threats, there is a downside because it also means that the radio producers lose control and agency over their content.

Therefore, the situation in Burkina Faso provided an interesting context in which to examine the economic, educational, geographical, religious, and relational factors that influence the experience and practice of women in conflict reporting – particularly their opportunities to progress in the journalism profession and their working conditions. At the root of their experience is the challenge of societal norms that construct a perceived incompatibility of journalism with “womanhood” – particularly through patriarchal notions of women’s roles as primary caregivers. This is reflected, for example, in employment rates. According to the 2019 Census, 51.8% of men are employed, compared to only 35.2% of women. Marriage and childcare, therefore, pose particular challenges for female journalists, often leading to a dilemma between work and family.

Additionally, the precarious financial and material situation of many local radio stations leads to the widespread practice of filling these shortages and gaps with unpaid work and the personal resources of journalists. However, this often limits access to interesting stories to those with the financial means to investigate and report them. This puts women, who are less likely to be formally educated and have the money to pursue these stories, at a disadvantage. Ultimately it reinforces gender inequalities among journalists.

Another challenge for women is the structuring of programming that limits female journalists to a set of specific topics. In Burkina Faso, for example, female journalists are more likely to be heard on “women’s shows” or programs about education, reproductive health, family, child-rearing, etc.

This phenomenon can be explained by the sensitivity to gender inequalities that many female journalists have developed, but also by the social practices and norms that ascribe certain subject areas to “the female”. On the one hand, these types of radio programs and women’s voices on air can help raise awareness of gender inequality and the situation of women or even break with taboos and stereotypes. However, on the other hand, women-specific content is not always valued in the same way as other content and can therefore be easily replaced when airtime is needed. Thus, the main concern is not about having women lead on topics that affect them but rather the idea that these topics are less important in the programming schedule and that these are the only topics they should cover. This is particularly concerning as my research shows that women journalists play a crucial role in peacebuilding.

According to my findings, they contribute to conflict resolution and positive transformation in five notable ways. 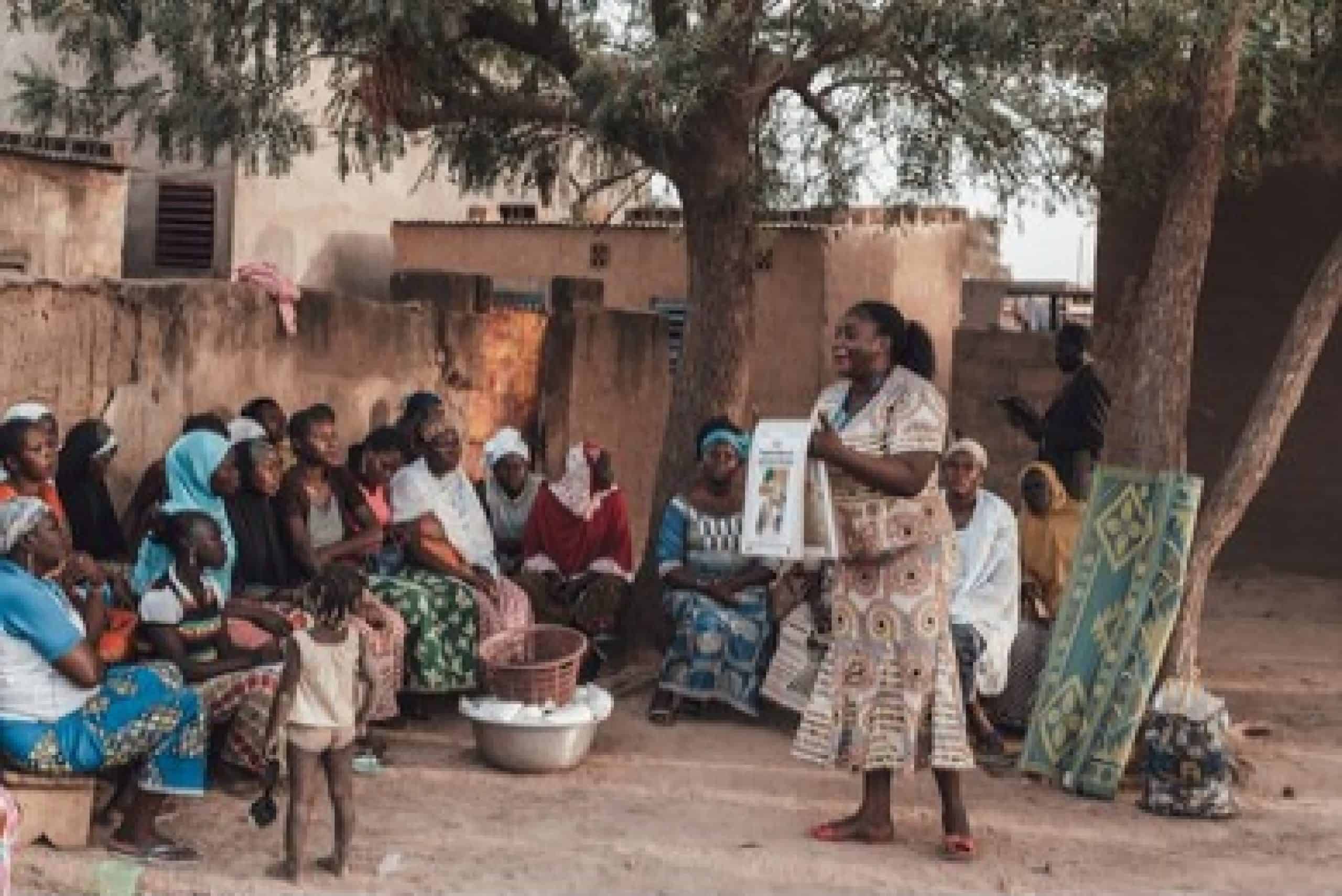 Women play a critical role in peace-building. Photo by Shutterstock

My research has shown the complexity and range of approaches women journalists working in local radio can use to contribute to peace. An important finding from my analysis is that journalists can play a role in society not only through media practices but also through their interpersonal relationships and involvement in projects and associations. This makes it all the more important to value and promote diversity in journalism and to remove the barriers facing female journalists reporting on conflict.

If you liked this story, you may also be interested in: New publication highlights the importance of the black press in the UK

Viviane Schönbächler is a PhD fellow at the Medas21 graduate school at the Ruhr University Bochum and the editor of the German EJO. She studied international relations and peace and conflict in Switzerland, Lebanon, and Spain and worked with various humanitarian and peace projects in Turkey, Syria, and Burkina Faso.
» Latest stories, Press Freedom, Research » How women journalists in Burkina Faso...