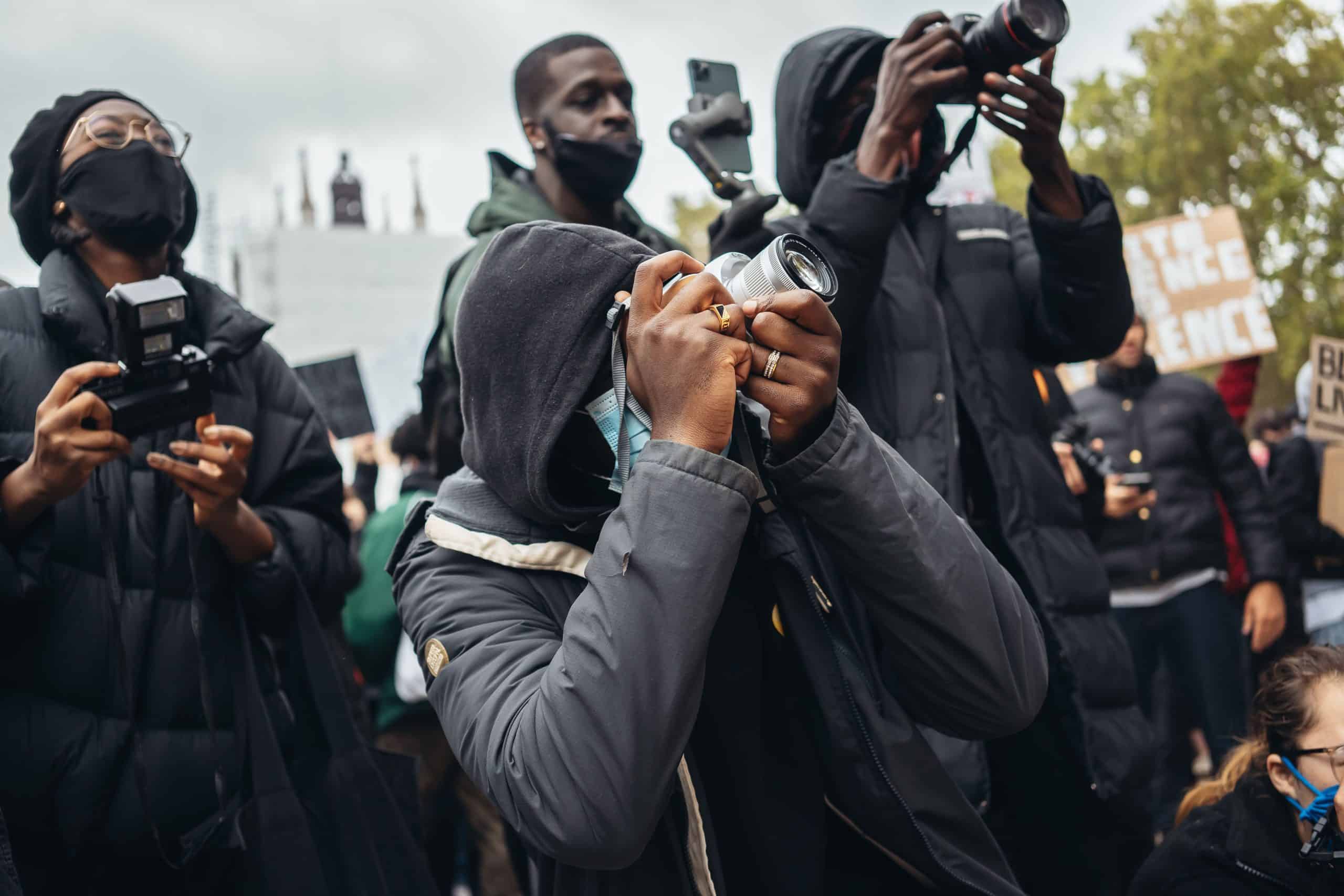 One of the UK’s leading Black Newspapers launched a seminal 40th-anniversary publication about the rise of the Black press on the same day that King Charles formally appointed the country’s first non-white prime minister to office.

The installation of Rishi Sunak as prime minister – dubbed in the US as “Britain’s ‘Obama Moment’” – during Black History Month, and on the same day that The Voice Newspaper launched The Voice, 40 Years of Black British Lives book, seemed like a clever orchestration of events by the hands of fate. It was, in fact, the culmination of decades of sacrifices and of the blood, sweat and tears of campaigners, activists, politicians, and journalists alike. For many of them, the Voice’s book is the only record of their story.

The publication was conceptualised and written during the unfolding of historic developments in the fight for race equality, driven by events such as the iconic “I can’t breathe” moment that became the foundation of a reinvigorated Black Lives Matter movement. Simultaneously, there was a heating up of a long-simmering debate on diversity in journalism.

A life or death issue

The Voice Newspaper Editor, Vic Motune, who is also one of the authors of the outlet’s new book, once insisted that tackling diversity was really “a life or death issue” for mainstream media. He was speaking at a Society of Editors de about diversity at senior levels,

The increasing sense of urgency within the industry to get this right is demonstrated by BBC’s three-year Diversity and Inclusion Plan; Sky’s commitment of £30m to diversity and inclusion; and The Guardian’s Race Action Plan and their appointment of former Voice journalist, Joseph Harker, as senior editor for diversity and development. This is in addition to action from fraternities such as the Society of Editors, which created a diversity ‘toolkit’ for outlets; and regulators such as Ofcom, which is holding broadcasters to account for diversity-related requirements.

However, Motune, in his Society of Editors debate, was also critical of the slow pace of change. He said: “There has been a lot of recognition that something needs to be done and various schemes have been launched, but very often the importance of that has not translated to the newsroom as a whole.”

And it is this ever-present and seemingly impossible-to-fill gap in which The Voice Newspaper claims to stand. Articulating this sentiment in the foreword for The Voice, 40 Years of Black British Lives, Sir Lenny Henry wrote: “The Voice has allowed me to talk about the racism I’ve faced and the lack of diversity in the industry even before ‘diversity’ was a common word.”

He added: “Born a year after the Brixton uprisings of 1981, The Voice has been ‘home’ to the Black British community for the last 40 years. It has reported on issues and events that other newspapers simply ignored and invariably given a unique Black British perspective on major events, providing invaluable insights into our understanding of British Society.”

The book chronicles the 40-year journey of the paper by featuring key articles dating back to 1982. It calls attention to headlines such as “Living in Terror” about racist gangs trying to burn down the house of a Pakistani family in Waltham Forest; and “A New Era: Will there be a Black caucus at Westminster?” which focuses on the careers of prominent BME British political figures Bernie Grant, Keith Vaz, Paul Boateng and Diane Abbott.

Assigning an author to each decade of the paper’s history, it later addresses Stephen Lawrence’s case with the headline “Murdered For Being Black” and the story of Joy Gardner, with the headline explaining that she had died after police officers shackled her and gagged her with 13 feet of tape.

Interestingly the book also exposes how The Voice had covered major stories, such as the Windrush Scandal, in 2013, years before it was picked up by mainstream media.

In his foreword, Sir Henry underscores the importance of such a publication within British Journalism: “The Voice is an ongoing testimony to the strength of the Black British community, surviving against the odds and being an invaluable part of British society.”

You can find out more about The Voice: 40 Years of Black British Lives here.

Rhobyn “Rhoyalty” Grant is a 21-year-old Vincentian student. She is currently pursuing a Bachelor of Arts in International Development and Global Politics at the University of Wales Trinity, St. David. In 2018 she was the Youth Ambassador of St. Vincent and the Grenadines to the United States of America. That same year she founded the ACTT (A Change Through Theatre) Initiative, a small non-profit project geared towards raising awareness for mental illness in St. Vincent. She is a passionate singer, songwriter and regional award-winning actress who believes that the arts provide an avenue for young people to express themselves and cope with various social ills. Rhobyn considers herself a visionary, activist, leader, motivator and all-round ‘people person’. Her love for journalism stems from her innate desire to give a voice to those who have none and, in doing so, make the world a better place.
» Ethics and Quality, Latest stories » New publication highlights the importance of...