Corona’s orchestra of panic: How the press’ fear-mongering is distorting information

As Europe grapples with a second wave and looks forward to a promising vaccine, Stephan Russ Mohl reflects on how the media has reported on COVID-19 and offers pointers on what they could have done better. 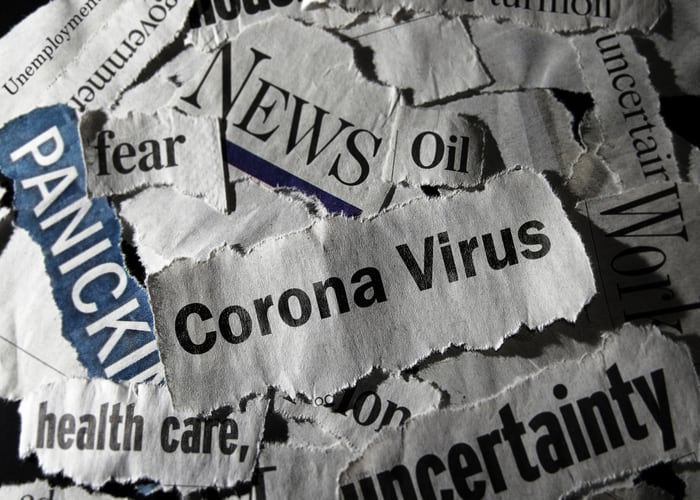 First of all, I want to clarify that I am no conspiracy theorist and certainly not a so-called “Covidiot” propagating that the virus does not exist. So far, at least one friend in my circle has contracted the virus. That is Tagesspiegel’s media editor, Joachim Huber, who published a dramatic and gruesome account of the experience.

Furthermore, we should have a great deal of admiration for the many journalists who have done extraordinary work in the past months in producing news under exceptional circumstances, often from the preserves of their home office. This is work that the majority of the German public appear to be content with – according to the latest Infratest-Dimap survey, which reports that trust in the media is rising once more, with two-thirds of citizens expressing satisfaction with how the pandemic has been covered.

Does this mean that all is well in the media world? Unfortunately not!

In the last months, the extent to which journalists have trumpeted on about the virus has become increasingly disturbing, creating what feels like an orchestra of corona panic. As a media researcher, I observe with great concern this excessive fear-mongering spearheaded by German mainstream media – especially public television, alongside quality newspapers such as the Süddeutsche Zeitung and the Frankfurter Allgemeine Zeitung.

While conspiracy theorists like to claim that governments are controlling media reporting, it may well be that the media’s grotesque overkill of corona reporting has created a climate of worry which makes lockdowns an inescapable inevitability for all democratic governments.

The weeks when 75 per cent of reports revolved around corona

In March and April, Covid-19 reportage on the main news shows of the German public-service broadcasters ARD and ZDF, “Tagesschau” and “Heute”, shot up to around 60 to 75 per cent, according to the Institute for Media Research in Cologne. In observing the Swiss press, Mark Eisenegger of the University of Zurich presented similar findings, noting that it was rare for a topic to feature as prominently in news coverage as the pandemic has. On some days in the first half of 2020, up to 70 per cent of all coverage in Switzerland revolved around the virus.

By comparison, the proportion of reports on the climate debate were at about 10 per cent of total news coverage the year before. Media Tenor , another Swiss research institute specialising in media content analysis, had already stated in March that the German media’s coverage on corona was far more voluminous than the reporting about the attacks on the World Trade Centre in autumn 2001.

A study by Dennis Gräf and Martin Hennig from the University of Passau also draws attention to how the media created a feeling of the world being “constricted” in the weeks before and during the state of shock that accompanied the pandemic. The researchers examined the numerous special corona reports from ARD and ZDF, each of which followed the main prime time newscast, diverging from the regular programming. By mid-June there had been 51 such special reports on ARD and 42 on ZDF within 15 weeks. This created a “new normality”.

According to the researchers: “If the exceptional appears on an almost daily basis under such a spotlight, this creates a shift in focus such that all other socially-relevant issues fade into obscurity.”

They revealed that, in the previous year, there were only 12 such ZDF special programmes covering a host of earth-shattering topics. That amounts to less than a third of the special Covid-19 programmes broadcasted in the two months from mid-March to mid-July.

Gräf and Hennig characterised the tone of the reporting itself as “hyperbolic crisis rhetoric”, noting how this spread confusion about the virus among readers.

Experts had repeatedly expressed doubt in the efficiency of the government’s approaches in trying to solve the problem. At the same time, they decried a supposed lack of government intervention while calling for a need for clear guidelines. This one-sided “crisis rhetoric” has been “duplicated and exaggerated on a visual level” – the authors claim, while also conjuring visual “worlds of apocalyptic narratives”.

Furthermore, the media’s daily clamouring for attention has led to an unrestrained showering of statistics on corona infection and death rates. In the first few weeks of Covid-19 coverage, the number of deaths that were caused exclusively by the virus remained unclear. In Germany, this has now been clarified. However, these figures continue to be mixed up globally – a fact that many journalists here fail to recognise when using comparative data.

One of the most important tasks of a journalist is deciding what counts as news. Sociologist Niklas Luhmann’s perspective that we learn what we know about the world from the mass media is still valid – although social networks and the echo chambers they create have added an extra dimension to the news ecosystem. The media, which is now somewhat controlled by algorithms, is orienting itself more and more towards user demands. This is precisely the point at which the attention economy, which shapes society, becomes fatal.

While an excess of attention and a one-sided focus generates interest, it also creates fear. This fear in turn generates increasing demand for news on the virus, which can now be measured online in real time. This demand, then, prompts editorial offices to pander to it, further narrowing down the range of topics covered, such that corona unabatedly dominates headlines, creating a tunnel vision for consumers of the media who find very little else to read besides news on the virus.

Unfortunately, while the media delivers what the users want, so too politicians deliver what their voters want. Cowed by the virus, the latter are more likely to listen to the likes of the staunch Markus Söder – the prime minister of Bavaria – who has recently been criticised for fermenting ‘corona panic’- as opposed to turning to more nuanced and questioning politicians like Armin Laschet, the prime minister of the state of North Rhine-Westphalia. In the recently-published “White Paper on the Quality of Information in Germany’, to which I was invited to contribute, Swiss economist Margit Osterloh fears that a ‘virus of authority’ has spread alongside Covid-19. By ‘virus of authority’ she means an increasing willingness to trade in one’s freedoms for government-provided health protection.

Furthermore, another issue that has arisen with the increase in Covid-19 coverage is the fact that, while a coterie of experts appear time and again in front of our cameras – that is, virologists, epidemiologists and press spokespeople from research institutes close to the government – many newsrooms lack the science journalists who are capable of asking them the right questions. The dearth of journalists with backgrounds in medicine and natural sciences means that newsrooms cannot ensure their sources are diverse and appropriate.

A lack of transparency

Meanwhile, there continues to be a lack of transparency around how the media itself treats its information on the virus. Unfortunately, many specialised departments that would be expected to deal with this data have shrunk in size or disappeared completely owing to cutbacks in newsrooms. Journalists also don’t want to foul their own nest.

We should not be surprised to learn that reporters were as poorly prepared to handle the pandemic as governments were. They are also unwilling to provide transparency on matters such as whether their reporting has been influenced by public relations, or even whether they have been censored – for example publishing information made available from the propaganda vehicles of authoritarian regimes. This was an issue that occurred as coronavirus broke out in Wuhan.

While conspiracy theorists seem to believe that the media is remotely controlled by the government or even Bill Gates, there is a much more obvious explanation for why corona reporting has this element of self-confirmation – the herd instinct. That is why my personal heroes in pandemic times are behavioural economists and social psychologists who trace herd behaviour through times of uncertainty. Especially those who expound on the phenomenon of “Groupthink” – in which a group striving for consensus makes irrational decisions. While we can understand Groupthink as a human behaviour, it is nevertheless inexcusable when it goes against journalistic values.

It will be tricky to turn this ship around. What we need now more than ever is humility in the face of this pandemic’s unpredictability, alongside a greater sense of trust in the maturity of citizens to adhere to social distancing recommendations, high standards of hygiene and the wearing of masks. This is preferable to relying on state control. We also need the media to refrain from fear-mongering as a means of boosting click-rates.

If you liked this story, you may also be interested in: Germany: Coronavirus and the media

European Journalism Observatory co-founder and until 2018 Professor of Journalism and Media Management at the Università della Svizzera Italiana in Lugano. Frequent contributor to Neue Zürcher Zeitung (NZZ) and Der Tagesspiegel (Berlin), as well as to the specialist publications Schweizer Journalist and Der österreichische Journalist.
» Media and Politics, Recent, Specialist Journalism » Corona’s orchestra of panic: How the...