Kenya: Coronavirus and the media 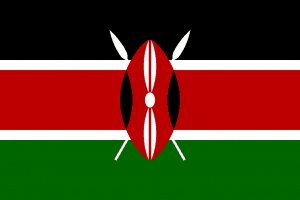 The Kenyan media has been paying attention to the outbreak of Covid-19 from the very beginning, when the first cases of coronavirus infection emerged in China. The main focus of Kenyan media attention then was the plight of Kenyan students stranded in Wuhan province where the virus was first detected.

Now the focus of coverage has switched very much to Kenya’s level of preparedness for what has become a domestic problem. There’s been coverage of the hospitals’ readiness for isolating those found to be contaminated and live updates on the latest rates of infection. The addresses to the nation by the minister of health and then the president, who announced a raft of measures to deal with the situation, received blanket coverage. All educational establishments have now been closed and all flights between Nairobi and any country where coronavirus has been reported have been suspended.

The impact of the crisis on the economy is increasingly receiving more attention in the media. Kenya’s tourism industry will be particularly badly affected by the measures restricting visitors to the country and also because Kenyans themselves have been asked to stay at home and the government has ordered social gatherings of all kinds to be suspended. The horticultural sector is also starting to shut down.

The challenge now is to ensure that information about the coronavirus reaches the entire population, not just English speakers. Much of the information being put out by the authorities is so far available in English only, which makes it less readily accessible to people in the countryside, who tend to communicate mainly in their local language. So far there is very little information available in local languages, despite the fact that in recent years there has been a proliferation of local media outlets. The spread of misinformation and unverified information via social media is also a problem in Kenya.

Levi Obonyo is a professor of journalism at Daystar University in Nairobi, Kenya.
» Ethics and Quality, Recent » Kenya: Coronavirus and the media