Ukraine: Coronavirus and the media 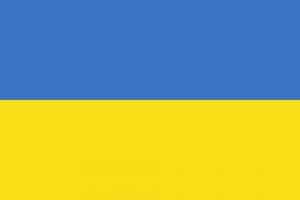 As elsewhere, Covid-19 has affected every area of life in Ukraine and the story now completely dominates the news agenda there. EJO’s Ukrainian editor looks at how journalists are responding to the challenges posed by reporting on the crisis sparked by the coronavirus pandemic.

At the beginning of the year, the Ukrainian media treated coronavirus as something that was happening a long way away and only covered it as a foreign news topic. However, following the confirmation of the first domestic case of Covid-19 on 3 March and the subsequent declaration of a state of emergency – now set to last until 24 April – coverage of the impact of the crisis on Ukraine quickly overtook coverage of the progress of the pandemic in other countries.

The focus of coverage is mainly on the lack of an adequate testing system for detecting the presence of the disease, the Ukrainian health service’s failure to prepare for a large-scale outbreak and the shortage of protective equipment for health service staff. Media have also been paying attention to the stepping up of quarantine measures and the impact these are having on people’s lives. Many news outlets have sought to provide their readers with useful information about how to reduce the risk of infection, what they should do if they think they may have contracted the virus, etc. At the same time, the situation elsewhere is not being totally ignored by the Ukrainian media, which still carry reports about the impact of the pandemic on other countries, especially Italy.

According to a survey carried out by the Institute of Mass Information between 16 and 18 March, an average of 58.5% of the total online media content was devoted to coronavirus-related topics. The situation on television is similar: Ukrainian media expert Otar Dovzhenko observed on 25 March that coronavirus had crowded both political and social issues out of news programmes.

While coronavirus now dominates the news agenda of all media outlets, marked differences in approach to the story can be observed. Some newsrooms try to be constructive, but others seem intent on triggering panic with their use of sensational headlines and biased reporting. Some even help to spread fake news: several Ukrainian media outlets disseminated a video posted by a blogger who claimed that “a plane full of people with coronavirus” had flown from Milan to Kiev. The claim was subsequently dismissed by the Health Ministry, which stated that while three passengers on the plane had undergone medical examinations, none of them had tested positive for the virus.

Though the quarantine measures have undoubtedly had an impact on the work of journalists, online outlets appear to have adapted to the changed conditions without too much difficulty.

According to Olga Konsevych, editor-in-chief of 24 TV’s news website 24tv.ua, most of her staff are now working from home: “This is the advantage of online media: as long as you have an internet connection, you can work anywhere,” she told EJO. Location work is now done only by staff who need to film videos for the website and a few TV correspondents. Konsevych says that before the quarantine measures were imposed, the company had a trial run to test out its remote working systems. “So, when the quarantine was announced, we were able to avoid potential logistical problems such as access to the databases.” Konsevych added that the company also provided correspondents who work in the field with FFP2 respirator masks.

It means a lot to the website’s staff that they can still be in regular contact with each other. “We joke and share photos of our new workplace next to the fridge. It brings us closer,” Konsevych says. She adds that the crisis has made the job especially intense: there is no let-up in the flow of information, plus there is an ever increasing amount of fake news to combat. At the same time, the pressure to produce accurate information as quickly as possible is as great as ever. All this conspires to make remote working even more stressful than normal work in the office, she adds.

Television journalists cannot avoid meeting people, so they have to be especially careful to observe safety measures and hygiene rules, says Ilya Yevlash, a journalist with the Espreso TV channel. Most of his colleagues work remotely whenever possible. “We communicate by phone or Facebook. When we have to produce a report and shoot the video, we use the company car. The driver picks us up from home, takes us to the newsroom and then back home again,” he says, noting that it certainly wasn’t like this before. Espreso TV has introduced some additional security measures. Before anyone enters the editorial offices, their temperature is taken, and when journalists go out to shoot a video, they have to wear respirator masks.

The role of media NGOs

Many NGOs specialising in media development operate in Ukraine and these are now trying to support journalists through the crisis. For example, the Institute of Mass Information NGO has launched a new project called “Anti-COVID. A Guide for the media” – a website offering tips on how to cover a pandemic and how to protect your health. It also seeks to clarify the legal situation with regard to journalists’ rights under the state of emergency. Another NGO, the Media Development Foundation, has launched a Survival Kit for the media in times of Coronavirus, as well as a Facebook group called “Covid and Media”. So far, hundreds of people have joined this group. The founders of this community encourage journalists, media players, fact-checkers, health workers and other experts in the field to disseminate useful information about the media and the pandemic.

Webinars for media practitioners are also proving to be popular. There are several organisations that provide journalists with useful information and training. For example, the Regional Press Development Institute (RPDI) has launched a series of webinars covering legal issues and communication matters. RPDI’s experts explain how to get in touch with relevant specialists, how to identify fake news and how to remain sane while navigating the never-ending flood of information about the pandemic.

Halyna Budivska is a PhD student at the Mohyla School of Journalism, National University of Kyiv-Mohyla Academy. She is also the editor of the Ukrainian website of the EJO.
» Ethics and Quality, Recent » Ukraine: Coronavirus and the media