Why we are adding politics and history to journalism education

Dr James Rodgers argues that journalism, politics, and history students should have the option of studying all three disciplines in greater detail than many courses currently allow 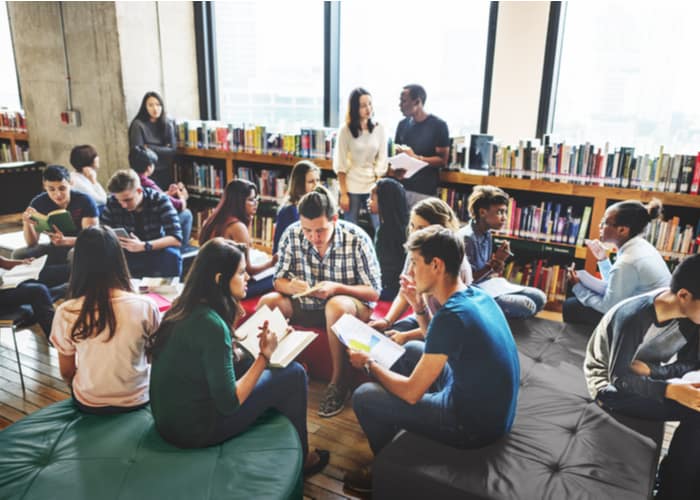 My time in journalism began just as history ended. My first international assignment was to Moscow in the summer of 1991. Two years earlier, in his essay ‘The End of History’ Francis Fukuyama had written of ‘an unabashed victory of economic and political liberalism’. In 1991, I witnessed the collapse of the Soviet Union and the end of Marxism-Leninism in Europe (although Fukuyama did allow there might ‘be some isolated true believers left in places like Managua, Pyongyang, or Cambridge, Massachusetts).

Thinking in more recent years about the experience of covering the end of the cold war, and my experience teaching journalism, persuaded me that our department needed to offer a new course in addition to those that have for more than 40 years successfully educated future journalists.

From September 2022, we at City, University of London will be offering a new BA in Journalism, Politics, and History.

The world I reported on for two decades before becoming a university lecturer in 2010 witnessed other changes barely foreseeable in my own undergraduate days. The 9/11 attacks, the wars that followed, and the financial crisis of 2008 were the most major of these events that rocked, then reshaped societies worldwide.

In some of those societies, no end of history was ever declared.

Think of the Israeli-Palestinian conflict – where newly arrived foreign reporters are often questioned about their country’s role in creating the injustices that exist today. As a correspondent in Gaza in 2002, I was admonished by a resident of the territory for the fact that the British government had in 1917 produced the Balfour declaration, indicating British support for the creation of a Jewish homeland in Palestine.

Think of the way that President Vladimir Putin of Russia has made glorification of the Soviet sacrifice in defeating Nazi Germany in World War II a main part of his policy at the summit of Russian power.

These are places – just two examples among many – where contemporary, daily, political discourse must bear the weight of history as well as that of current affairs.

For most of the time since ‘the End of History’ (Fukuyama’s article was published in 1989), that has not been the case in western Europe and the United States. There are exceptions to that, of course – Ireland and Spain are two examples that come readily to mind. In general, though, history has not had the same influence on political debate as in other parts of the world.

No longer. To think of the way that history is an indispensable part of understanding the ‘Black Lives Matter’ protests in the United States; and to think about how those protests crossed the Atlantic to spark debate over the legacy of empire, and slavery; or the way that both sides in the United Kingdom’s Brexit debate sought to harness history to promote their cause; is to realize that the weight of history is no longer a phenomenon largely found in reporting diplomacy and armed conflict outside the more comfortable parts of western capitalist democracies.

Rising to the challenge

As a journalist, I reported on international affairs in parts of the world – such as the Middle East, and the former Soviet Union – where people had a very keen sense of history having shaped their contemporary reality.

To be clear: that is the case with every society. What I would argue has changed in the west, particularly in the UK and the US, is that sense of its presence in everyday affairs.

That is the challenge to which our journalism needs to rise. In recent decades, as technological change has both brought new opportunities, and caused the collapse of traditional revenue streams, the industry has understandably concentrated on coming to terms with the power and reach of the technology companies.

That objective has been shared by journalism educators keen to make sure that their students understand the nature and pace of the technological change that continues to reshape the profession.

Yet it is not the full story. The amount of context that can realistically be fitted into the average news story is a matter for eternal debate, but, in an age when facts themselves are disputed as they have sometimes been in the most vicious wartime propaganda, there also needs to be an emphasis on new ways of editorial – as well as technological – thinking.

That means educating journalists who are sufficiently confident in dealing with historical sources to understand their influence on current events, and to give audiences clear-eyed analysis of the way that they are dragged out like artillery pieces to fire salvoes in today’s wars of words.

Our new course is designed to complement our existing courses by giving those students who might be thinking about studying history or politics instead of journalism another option – to give them the chance to graduate with all the skills they need for journalism, and the facts they need to challenge falsehoods. We see our future graduates as having a very wide range of career options, for example as excellent communicators in the heritage industries; politicians or activists who can articulate their causes especially effectively.

Anyone writing the first draft of history – as journalism has often been described – will write so much better if they know what history has been written before.

If you liked this story, you may also be interested in: Advancing journalism education through virtual cross-border collaboration

Dr James Rodgers is a Reader in International Journalism at City, University of London. He is the author of four books on Journalism and international affairs, the most recent of which is Assignment Moscow: Reporting on Russia from Lenin to Putin (2020). He is a former correspondent in Moscow, Brussels, and Gaza.
» Ethics and Quality, Recent » Why we are adding politics and...