How games, TikTok and fake fact-checking sites became disinformation tools during the war in Ukraine 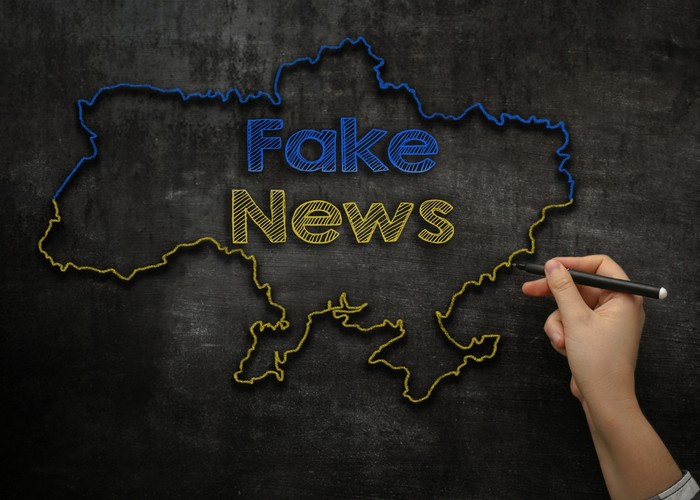 In recent years we have seen waves of disinformation targeting historic events such as Brexit, the presidential election in the United States, and the pandemic. Now, the start of the war in Ukraine in February has triggered a new surge of disinformation. So, while the experience of those affected by the war is constantly reflected in the media, what is often shown to audiences is a manipulated reality. This is especially true for coverage of the war that appears on social media.

This disinformation is like an obscuring fog over what is happening in Ukraine, with increasing numbers of people in different parts of the world falling prey to this type of manipulation. In fact, many are unknowingly becoming part of and even enabling the creation and distribution of disinformation.

This phenomenon underscores the importance of discussions about the need for audiences to be able to use the same verification tools and strategies as journalists to ensure that any information they receive is reliable.

These discussions are becoming more and more necessary as those driving disinformation campaigns find innovative ways to distort the truth. This is particularly evident in this current wave of Ukraine-focused disinformation. Unlike previous disinformation cycles, video games are being used as a tool. Worryingly, there is evidence that some of these are being picked up by journalists.

A striking example is a video claiming to contain footage of the war in Ukraine, viewed thousands of times on Facebook and YouTube. It was later discovered that the footage was taken from a video game called “ARMA 3”. A television channel in Romania also published these images, adding to the suspicion and confusion over what is real and what has been doctored.

TikTok has also been a breeding ground for disinformation during the Ukraine war, in a way that was more pronounced than in other disinformation cycles. On TikTok, videos with altered content were viewed more than 30 million times, and videos allegedly from a Ukrainian city have reached 5.8 million views in 24 hours.

Furthermore, according to a study by NewsGuard, new TikTok users, within minutes of logging in to the app, are fed falsehoods about the war, even if they don’t search for Ukraine.

Another worrying tactic in the disinformation assault is the misuse of fact-checkers. For example, a website, WarOnFakes, is presented as a fact-checker, but it actually distributes Russian propaganda, according to analysis by the German international broadcaster, DW. The website had been cited in a tweet by the Russian Ministry of Defense, which introduces “WarOnFakes” as a group of experts and journalists. But DW examined this website and concluded that key bits of information, such as who is behind it and who the “fact-checkers” are that publish the articles, are missing. Meanwhile, the use of the website as a source by the Russian media and the Russian government is growing.

As demonstrated throughout this article, the information warfare is significantly more pronounced in today’s digital world. Its growth trajectory requires audiences to be more skilled in analysing and judging media content before believing it. Certainly, Covid-19 and, now, the war in Ukraine underscore the importance of following the three-question strategy to battle disinformation – outlined in an earlier European Journalism Observatory article. Essentially, the strategy encourages audiences to identify the author and verify their credibility, check multiple sources on the story and interrogate whether the information is evidence-based, before accepting and sharing it.

For journalists, there is a responsibility to be even more attentive and careful in their guard against the numerous propaganda and misinformation circulating, but also to contribute to the disclosure of harmful media content. With more and more media outlets worldwide falling prey to disinformation and as a result publishing manipulated content, there is a clear need for journalists to focus more on managing and verifying news sources.

Newsroom managers should also play a role in filtering out false information before it is distributed to the public. One way to do this is to provide training for journalists on methods and programs that can be used to verify photos, videos, and other material obtained online. They should also consider increasing the number of editors to improve their care and control over information.

These efforts should be an essential part of the functioning of today’s newsrooms in order to protect the integrity of the journalism profession and prevent the circulation of dangerous disinformation.

If you liked this story, you may also be interested in: Evolving journalistic approaches that are helping to tell the story of the war in Ukraine

Dren Gërguri is a lecturer in the Department of Journalism at the University of Prishtina “Hasan Prishtina”, where he is also a PhD candidate. He has worked as a journalist since 2009. For a decade, he worked for the private television channel Kohavision (KTV); he is now a freelancer.
» Ethics and Quality, Latest stories » How games, TikTok and fake fact-checking...