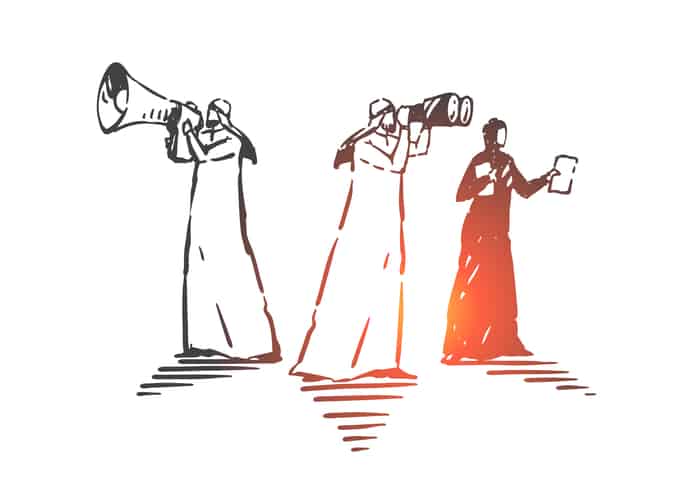 The Covid-19 crisis gave science journalism an edge, rescuing it from the sidelines of media interest and placing it neck to neck with the traditional ‘hard news’ journalism that usually occupies front pages and attracts the most clicks on websites.

The sheer scale of the pandemic demanded global attention, and medical professionals flocked to media platforms to provide audiences with the latest coronavirus developments, guidelines, and warnings. But science journalism, especially subsections such as medical journalism, is a field that was growing steadily before the Covid 19 crisis.

In fact, science media deals with a wide range of popular pre-pandemic topics such as climate change, natural disasters, astronomy, and inventions in physics, chemistry, biology, diseases, viruses, and more. Science content is usually in the form of summaries of significant research results. But it is often powerful enough to affect public opinion and catalyse political action on critical social issues. Good examples of this are science media reports related to Hurricane Katrina, mad cow disease, and HIV and AIDS.

Science journalism is important because it burrows below the ‘surface news’ that traditional media offers. In the case of the Covid-19 pandemic, traditional news focused on reporting the latest statistics, such as the number of infections and deaths. On the other hand, science journalism sought to delve deeper into the details, encouraging discussion, debate, and discovery. It asked and attempted to answer the tough questions:

But the perceived importance of science media and the focus on its relationship with society varies from country to country. In the Arab world, the media typically does not pay much attention to the findings and outputs of Arab-based universities and research communities. Instead, they are more likely to regurgitate news published by Western outlets about research done in Western countries.

One factor could be that the Arab world came to science journalism later. The first French and English science journals, ‘Le journal des sçavans’ and ‘Philosophical Transactions of the Royal Society’, are thought to date back to the 1660s. While the first science Arabic journal, ‘Al-Yaassoub (The Dragonfly)’, was established in Egypt in 1865. From then on, the development of science journalism in Arab countries was very much impacted by trends and challenges affecting the whole of the journalism industry.

Science magazines have suffered, along with the rest of the press, from the effects of economic crises. Some were unable to continue operations. Others tried to move online, like the rest of the print sector, while newspapers and TV and radio channels struggled to preserve their health sections. The most famous Arabic science mediums are the Popular Sciences website and subject-specific sections on the National Geographic and Al-Jazeera websites.

So, while there are still some Arabic titles and sections specialising in science journalism, these are few and far between – especially compared to other journalism areas such as politics, economics, sports, and culture.

Another consideration is that science journalists and editors in Arab countries generally do not require specialised qualifications. So, they don’t need to be well-versed in the field they cover. Rather, the primary qualification is an interest in science and the ability to write clear, concise, and digestible copy about topics. But to be effective and to be able to make sense of results and offer informative perspectives to the public, a journalist will also need to follow developments and evolutions in these subjects carefully and would need to get experts to simplify and explain outcomes and findings.

The problem is that researchers in the Arab world are reluctant or afraid to talk to the media. That is why Arab science media content is not as rich as that of Western countries.

Considering the importance of science journalism, demonstrated by the recent need to share life-saving information and battle ‘mis’ and disinformation in specific cultural contexts, this is an issue that requires attention. This gap is also an excellent opportunity for the media as well as the science and research communities.

The pandemic, climate protests, and other recent developments have opened the public’s appetite for science stories. Like everywhere else in the world, there are captive audiences in Arab countries. It is time to respond with a strong collaboration between scientists and media professionals – including journalists, social media gurus, and graphic artists – who can simplify and communicate key scientific information to the public.

If you liked this story, you may also be interested in: How Covid-19 is reshaping visual storytelling

Nouha Belaid holds a PhD in media and communication. Her thesis looked at television on social media in an era of media convergence. In 2017 she was named by UNESCO and the European Union as one of 100 Young Tunisian Experts. Her 2013 master’s thesis, devoted to political communication and social media, was awarded the Prize for Scientific Excellence. Nouha was a co-founder of the Arab Journalism Observatory (AJO) and currently edits the AJO website. She teaches online journalism at Tunisia’s Central University and is also the Academic Programme Manager of the university’s School of Communication. Since 2013, she has worked as a consultant and trainer with international institutions such as Internews, the United Nations Development Programme (UNDP), the Arab States Broadcasting Union (ASBU) and others.
» Recent, Specialist Journalism » Why journalists and scientists need to...