Russia: Coronavirus and the media 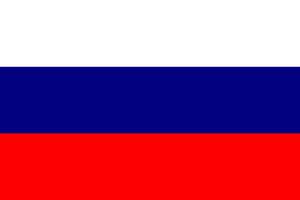 While the Russian authorities now appear to be taking the situation seriously, there has been little genuine discussion in the media of how they are handling the crisis.

Measures to combat the spread of coronavirus in Russia have been stepped up rapidly within the last week. At the level of the federal government, this went through several stages, including gradually increasing travel restrictions; since 18 March, no foreign citizen has been allowed to enter the country.

The measures taken vary a great deal by region. To my knowledge, the first place to take the virus seriously was the city of Moscow, followed by the Moscow region. First, all events that would have been attended by more than 5,000 people were cancelled or postponed, including several festivals planned for the spring. Starting on 15 March, much more drastic measures were taken. As of 17 March, all events involving more than 50 people have been prohibited, and the schools closed. In St Petersburg, schools are switching to distance learning, but this is still in process. Lomonosov Moscow State University and St Petersburg State University are moving over to online teaching.

The virus has now spread to other parts of the country; by 17 March there were confirmed cases of COVID-19 in almost a third of the regions.

The authorities have not been very effective in providing people with accurate and reliable information. The main aim seems to be to avoid causing panic, but there is no single official source of information. Most people search online for advice but what they find is not consistent. The Ministry of Public Health has set up a page that provides a lot of information, but it is not referred to in online discussions or on television programmes. Several other agencies like Rospotrebnadzor (Russian Consumer Service Authority) and a newly-created unit set up to tackle the crisis also offer advice.

My concerns are two-fold. First, there is a rumour circulating that the apparently low number of detected cases is the result of under-testing. According to the Ministry of Public Health, as of 17 March more than 116,000 tests had been carried out, of which 114 had been proved to be positive, but few people trust these figures. It is hard to believe that there have been no cases in Siberia or in the Far East, which has seen a lot of trans-border migration with China. However, no reliable information is available to provide a counter-weight to these fears.

Second, not many people follow the advice to self-quarantine, wear masks in public, or avoid public events. There is a lot of resistance to the quarantine measures, possibly as a result of general lack of trust in the messages conveyed via official channels. People seem to be trying to handle the situation on an individual basis, in the absence of clear actions from the authorities beyond closing schools and cancelling events.

There has been a lot of coverage in the media, but practically no real discussion of how the authorities are handling the situation. Most reports merely inform people about the latest cases and the measures being taken to combat the spread of the virus. There is no substantial discussion on whether the country is adequately prepared or whether the authorities are doing enough to protect people.

The measures adopted by other countries are not being covered, apart from on Channel One, whose programmes tend to ridicule the way in which the crisis is being handled elsewhere. The concept of an open world was also questioned, with the clear implication that an open world is a ridiculous notion.

Svetlana Bodrunova is Professor of Journalism at the St Petersburg State University.
» Ethics and Quality, Media and Politics, Recent » Russia: Coronavirus and the media