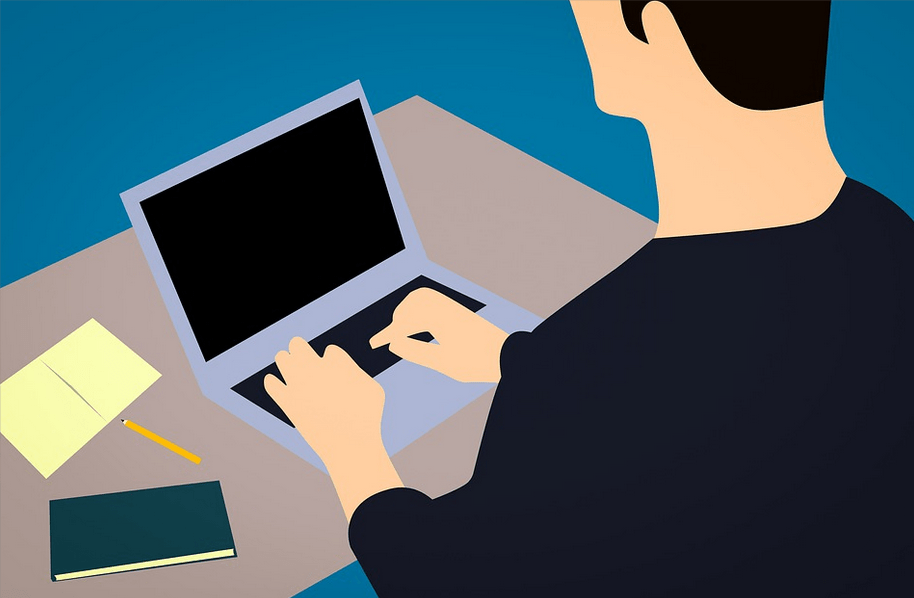 Blogs polarise. Either, they are euphorically praised or sharply criticised as „communicative knick-knacks”. Professional journalists often consider bloggers as mere amateurs. But in how far do bloggers and journalists really differ? A new study by the Otto Brenner Foundation tries to answer this question.

For their study, Olaf Hoffjann and Oliver Haidukiewicz from the University of Applied Sciences Ostfalia surveyed 936 professional journalists and 463 journalistic bloggers as well as 156 users online. In addition, they conducted guided expert interviews with 20 bloggers. The authors consider both those who work for established media and those who work for blogs as journalists, but for easier differentiation, they name them “bloggers” or “professional journalists” in their publication.

Below are some of the main findings briefly summarised:

Journalists think that bloggers have little journalistic relevance. A third of the participating professional journalists believed that blogs do not disseminate relevant information. Contrarily, bloggers value journalists more and think they report critically. Both sides agree that the growing success of blogs shows that audiences are dissatisfied with the work of traditional media.

The study indicates that bloggers are usually less educated in terms of journalism techniques and theories than professional journalists. However, every seventh blogger among the participants had studied communication sciences. Internships in the field of journalism are rare among bloggers.

According to the authors a blogger who work 20 hours (or more) per week and receives income from this work can be classified as a “professional blogger”. However, Hoffjann and Haidukiewicz also note that these professional bloggers often work a lot for a meagre income. In contrast to professional journalists, bloggers also often confine their research to the Internet, investing more time into marketing than actual reporting.

Both professional journalists and bloggers primarily want to disseminate information. Apart from that, bloggers focus mostly on entertaining their audiences whereas journalists often want to “control” and criticise.

Hoffjann and Haidukiewicz find that both sides seem to agree upon basic criteria for quality: correctness, credibility, independence and the competence to explain complex issues are equally important for both. Professional journalists value neutral reporting higher than bloggers, who focus more on personal and literary writing.

Bloggers invest more time in networking with their audience, for example via comment functions on their blogs. Being close to their readers is even more important for them than for professional journalists.

Both bloggers and professional journalists complain about poor quality of press releases by official bodies and institutions. Bloggers criticize that they are not always granted access to press conferences, although they feel that their acceptance is growing.

In addition, the study shows that bloggers face a bigger conflict between their commitment to the audience and the need to acquire advertisers. In the case of traditional newspapers, the separation between editorial and the marketing department usually creates more distance – something that is often not given with blogs. Some bloggers use the strategy of engaging external service providers for their marketing to ameliorate this issue. 93% of the bloggers in the study also stated that they do not accept advertising which does not fit with their editorial lines.

The study shows that in some respects, professional journalists and bloggers are more alike than one would expected. Members of both groups who cover the same beat often share more similarities with each other than with other members of their respective group. For example, bloggers and professional journalists who report about fashion value the ideas of entertaining their audience higher than anybody else.

According to the authors, bloggers are not serious competitors for professional journalists. The biggest professional political news website in Germany (faz.net) reaches an audience 50 times as big as the biggest political blog (netzpolitik.org). Only when it comes to fashion reporting blogs have an advantage. Younger users in particular seem to prefer blogs to traditional journalistic offers.

Hoffjann and Haidukiewicz note that, given the growing popularity of social media and the internet in general, a similar study could lead to very different results in future. To this day, blogs are disadvantaged economically as most have not yet found a sustainable business model. The authors believe that even in the near future, bloggers will not be serious rivals to professional journalists – except, maybe, when it comes to specialised reporting in fields such as fashion, travelling or technology.

The complete study can be downloaded from the website of the Otto Brenner Stiftung in German.

Johanna Mack is a doctoral candidate in the graduate school Medas21 - Media Development Assistance in the 21st Century - of the Technical University Dortmund (TU) and also supports various projects at the Erich Brost Institute. She is co-editor of the German EJO website.
» Research » Bloggers And Journalists: More Alike Than...