The media revolution in Afghanistan 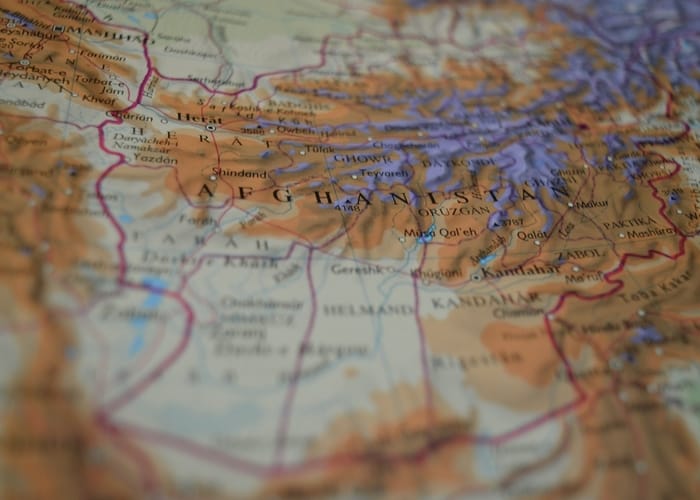 In recent years, the Afghan media system has changed rapidly, becoming increasingly progressive. But is that enough to change society?

From 1996 to 2001, Afghanistan was a country without pictures. When the radically orthodox Taliban took over the capital Kabul in 1996, nearly all mass media were branded “anti-Islamic” and banned, and information flow was monopolised by government and state-owned entities.

After the overthrow of the Taliban rule in 2001, the Afghan media system began to bloom again. The conviction that market orientated mass media would accelerate the development of democracy was taking hold; and the US was making significant investments into private outlets. As a result, the communications sector was extensively deregulated.

By 2018, Afghanistan boasted 96 TV stations, 190 radio stations and 231 newspapers – 26 of which were dailies. Internet access and use increased rapidly with about 9 to 10 million people going online. Today, the country has a hybrid communication structure with private-commercial (national, local, ethnical, religious, and political) and government-controlled state media.

A voice for marginalised groups

With more than 35 million inhabitants, Afghanistan is very ethnically and culturally diverse. Experts like the Italian political scientist and historian Günther Pallaver have been highlighting the power of the media to challenge prejudices, reduce ethnic tensions and support peacebuilding. It played an important role in the development of a “shared identity” that could be used to promote social cohesion. Mass media was also instrumental in creating a public space in which communication about the “constitution and survival of society” can take place.

The post 2001 media pluralism in Afghanistan certainly contributed to a more open society. While representing the country’s diversity, it also helped minority and marginalized groups to have a voice and raise awareness of the issues affecting them. Digital platforms have played a critical role in this, with Afghan journalist Ali Seerat, describing what has happened in the country as a revolution of the online media that changed society’s structure of communication.

About 20 per cent of Afghanistan’s population are social media users. These are mostly young, urban and educated people. Social media is also the platform of choice for many marginalised groups, including women, ethnic minorities and adolescents, to highlight their concerns and advocate for change.

For example, the number of female ‘mass self-communicators’ increased rapidly in recent years. Today women are using platforms such as Twitter and Facebook to open a discourse on topics such as feminism and gender equality. Singer and gender activist, Aryana Sayeed could speak to a virtual audience as large as 500,000 and the politician Fawzia Kofi, nominated for the Nobel Peace Prize in 2020, is reaching 400, 000 people on Twitter.

In fact, social media has been instrumental in the rise in Afghanistan’s protest movements. The 2015 ‘Tabassum Movement’, the 2016 ‘Enlightenment Movement’, and the 2017 ‘Uprising for Change Movement’ – all organized through social media – mobilised hundreds of thousands of people.

Eventually, social media made it possible for the Afghan diaspora to connect with each other, and through transnational mass communication raise awareness of issues and take part in activism campaigns. This new brand of communicators who have broken through the barriers of borders and detached themselves from the traditional control mechanisms in Afghanistan are now identifying themselves as a global diaspora.

In June 2020, Afghans living around the world staged a mass online protest with the hashtags #AfghanLivesMatter and #IAmBurning. The worldwide demonstrations called for justice for Afghan migrants and refugees in Iran and other countries.

Another phenomenon are Afghan influencers – some with a global range. Haniyeh Mazari has several thousand followers. She is 18 years old, lives in Munich and has controversial and self-confident discussions with Afghans, based all over the globe, about the role of women in society.

The influencer Qari Isa from Frankfurt has YouTube live-streamed debates with Taliban who are in Afghanistan connecting via cell phone. Hundreds of thousands of people are regularly following these debates and joining chat room discussions. According to Afghan-born, American communication scientist Wazhmah Osman, mass media has made it possible for the country to have intense debates about women’s rights, democracy, modernity, and Islam.

This newfound open communication restores hope of maintaining and even accelerating social change. Indeed, it also makes social tensions between different ethnicities visible, but this can be a positive sign of progress. The public discussions, debates and negotiation of those conflicts is an expression of the consolidation and cohesion of the country’s diverse social groups.

Certainly, this evolving participative public enables a more open and accessible conversation about the constitution and the maintenance of society – which is not just for the elites. The development of these communication structures is a milestone moment in Afghanistan’s history, because it does not only defy the country’s status as a ‘locked and inward-looking tribal society’ it is also facilitating a continuous and sustainable social change.

If you liked this story, you may also be interested in: The crackdown on independent media in Belarus

Kefa Hamidi is a research assistant at the Institute for Communication and Media Studies at the University of Leipzig. He heads the Research Centre for Development Communication, which is based at the University of Leipzig and is funded by the German Federal Ministry of Education and Research.
» Press Freedom, Recent, Specialist Journalism » The media revolution in Afghanistan