Making News When the Market Fails 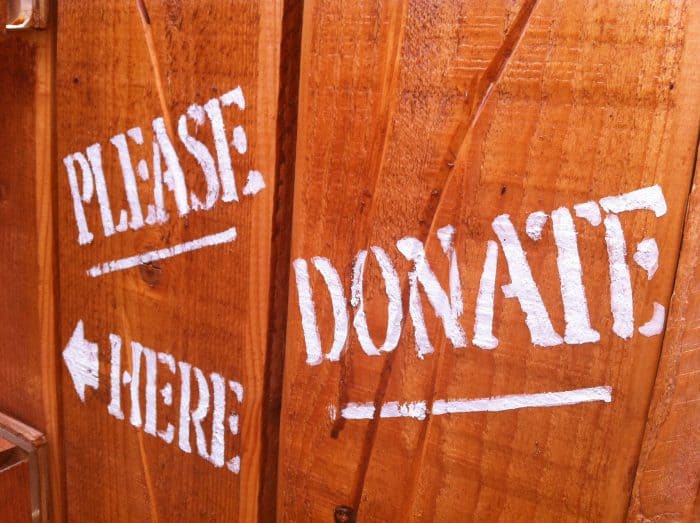 Back in 2008, when I was working at a struggling local newspaper (the since-shuttered Guelph Mercury in Canada), I started to wonder why, if news really was so essential for democracy, we relied on the whims of advertisers and the unsteady habits of readers to support it.

Although news nonprofits had existed for a long time by then – the Associated Press was founded in the 1840s and NPR in the 1970s – the notion remained an obscure one. That was before ProPublica won its first Pulitzer, for a story about the decisions made by doctors working in the aftermath of Hurricane Katrina. It was before the Panama Papers became a household name, and before a nonprofit newsroom offered a key conceit in a best-selling novel.

Certainly a lot has changed in the intervening years, and I attempt to make sense of it in my new book, Journalism Without Profit: Making News When the Market Fails.

Nonprofit News Is A Growing Field

In 2009, a group of journalistic entrepreneurs held a meeting that we might see today as the starting point for the field of nonprofit news. While the AP and NPR had existed for a long time, the news nonprofits these folks had been founding as they left their struggling news organisations were a different creature. They were, for the most part, tiny online startups formed in response to concerns about where quality news would come from in the digital and post-financial crisis world. 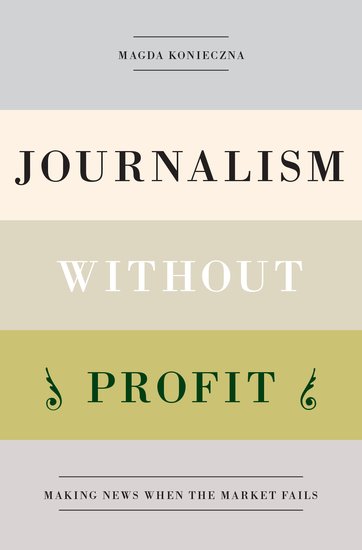 Until 2009, those organisations operated in relative isolation; when they founded the Institute for Nonprofit News at that meeting, they began to operate as a group, one where members were able to learn from one another.  These days, INN serves as a professional body, ensuring members are transparent about their funding and produce quality journalism and offering training and the opportunity to share best practices.

The field by now has some established, long-standing players like the Center for Investigative Reporting; newer, prominent members like ProPublica; and a collection of smaller, often local, groups. And as mainstream journalism continues to struggle, especially in the United States, many of these organisations are playing increasingly important roles. Many have their stories republished by larger outlets, and some help train mainstream journalists or journalism students in specialised skills involving data journalism, mapping, and others.

Although many of these players are growing in influence and prominence, most remain tiny compared to the newspapers and broadcasters around them. This realisation led to the question at the heart of my book: if news nonprofits are increasingly essential to quality investigative and watchdog reporting, what enables these often very marginal players to contribute what better-known and better-funded news organisations increasingly can’t?

The Power Of Journalistic Collaboration

The answer, in a word, is collaboration. Journalistic collaborations are ever more commonplace as pared down newsrooms struggle to offer quality journalism to shrinking audiences. News nonprofits have long understood the power of collaboration. By working across outlets, journalists at news nonprofits can leverage their skills and amplify their voices.

Perhaps more importantly, by sharing content with large newspapers or broadcasters, nonprofits find readers where they already are. That means that, as news spaces become increasingly polarised and political and cultural narratives increasingly segregated, many news nonprofits are actively working against that trend by not walling off their content for elites who seek it out but instead getting their stories into the places where people are used to seeking out news.

Rather than trying to persuade people to come to their website, “why not instead make our content available to the channels through which residents were already receiving media content?” Andy Hall, the founder of the Wisconsin Center for Investigative Journalism told me as I worked on the book project.

The ability to elevate the quality of local journalism is one of the most important features of these organisations.

As I was doing the research that ultimately became the book, I noticed that this plays out differently on different scales. When I hung out at the Center for Public Integrity, I saw that editors there aim to share their stories with places like Mother Jones or ABC News – outlets that already tend to publish deeply reported work. At the Wisconsin Center for Investigative Journalism, though, staff share their stories with news outlets around the state of Wisconsin, many of which rarely if ever have published the kind of watchdog projects that Center works on. This ability to elevate the quality of local journalism is one of the most important features of these organisations.

I also observed, though, that this strong connection into mainstream journalism limits the possibilities for innovation at many of these organisations. To get republished, they need to produce work that will be recognised as news stories by mainstream outlets. That has meant that while the field of nonprofit news in the US is working to build a new business model for journalism, the critique largely ends there, even while we know that journalism suffers from a host of other issues.

I spent this summer doing interviews with nonprofit news leaders in Europe, and my preliminary results suggest a different calculus there. Many European journalists look to the model as more than funding the journalism they’ve always done. Instead, in many of the places I visited journalists told me they hoped a better-informed and more engaged citizenry could slow the rising tide of populism around the world. For many of these journalists that means engaging with communities in new ways, in some cases going as far as using the techniques of community organizing to build their journalistic communities.

Projects like Bureau Local in the UK are working to empower local communities, respond to concerns about an uninformed electorate, and build capacity for watchdog and investigative work at local news outlets through large-scale, data-oriented collaborations that have drawn a surprising amount of involvement from citizens. In Germany, Correctiv is working with a 500,000-euro grant to build out its Crowd Newsroom.

The platform engages citizens in collecting otherwise unavailable data by contributing their observations. Correctiv then partners with local news outlets to report on the original datasets. More than a crowdsourced platform, the Crowd Newsroom model relies on and builds engagement with the local community. For these and other newsrooms, understanding how and why people access information, and where distrust comes from, are key elements to using journalism to build new community relationships.

Of course, as nonprofit news becomes entrenched in the American news landscape, the field is innovating here, too. And we should remember that as citizens, as funders, and as scholars we have the power to encourage it to do so.

Magda Konieczna teaches news writing and the business of journalism. She has earned a PhD from the University of Wisconsin-Madison, and her research examines nonprofit news organizations and the question of where public affairs journalism will come from in the digital age. She was a city hall reporter in Canada before moving into academia.
» Business Models, Recent, Research, Specialist Journalism » Making News When the Market Fails