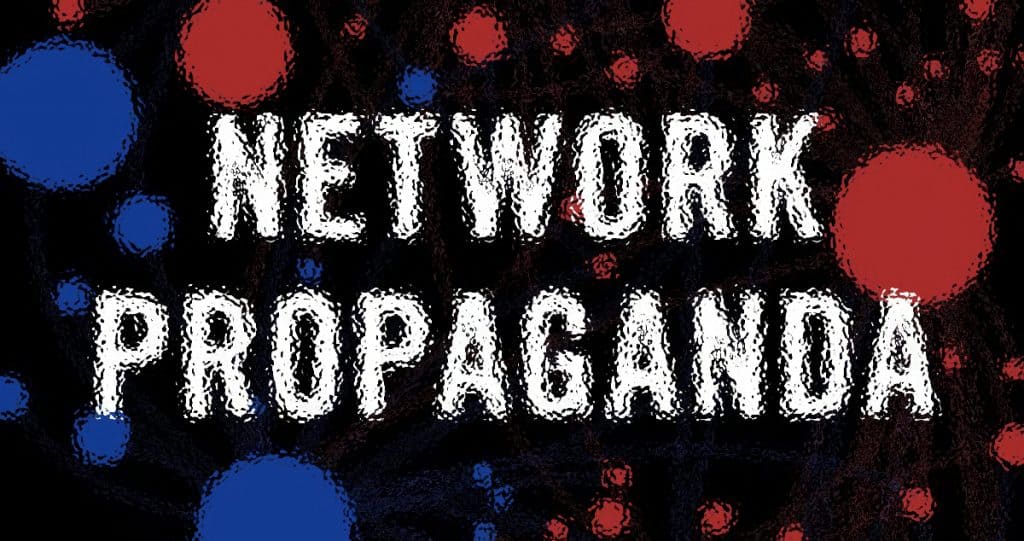 Why and how the United States ended up politically where they are right now is a question often asked these days. Answers to it are just as plenty. Some argue it’s the fault of bots and disinformation campaigns on various social media platforms. Others blame the efforts of firms such as the now-defunct Cambridge Analytica for the divisive outcome. Many see the – by now well-documented – Russian interference as the most important factor.

But according to Yochai Benkler, Robert Faris and Hal Roberts, co-authors of “Network Propaganda”, the answer lies much closer to home. Their book provides one of the most comprehensive studies of the US media ecosystem surrounding the 2016 election. What they make out is a worrying state of political information disorder.

Benkler et al. studied public discourse around the 2016 election through social network diagrams based on an impressive and most likely unique analysis of about 4 million online messages (from 2015 to 2018) as well as websites of print, digital-born and broadcast media. By looking at who linked to whom (which acts as a measure of influence), the three Harvard researchers detected an asymmetric, polarised media ecosystem through which the presidential campaign and later Trump’s presidency where mediated and discussed.

One the one hand: A legacy, mainstream network which encompasses voices and outlets from the centre-right such as the Wall Street Journal, the centre to centre-left such as the NYT and the Washington Post, as well as outlets on the far left – Mother Jones being just one example. While these are strongly connected to each other, Benkler and his colleagues show that there exists another, much more skewed and isolated network on the right: that of right-wing and far-right media outlets, voices, and sources. As one of the authors, Hal Roberts, explained in a talk, these outlets are “operating in their own media world.” According to the researchers’ findings, the right is generally much more insular, extreme, and partisan than it’s counterpart – with dramatic consequences. 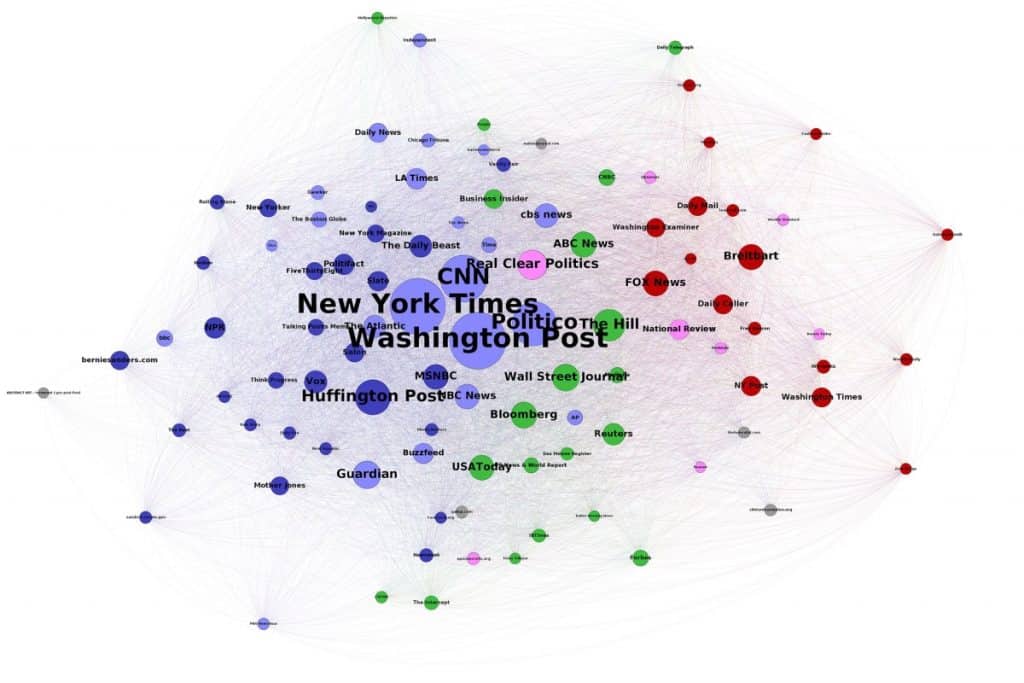 While the mainstream network mostly adheres to journalistic standards, the far-right network routinely traffics in rumours, conspiracy theories, attacks, and disinformation, as Benkler and his colleagues show with their empirical evidence. One of the worst culprits, according to them is (perhaps unsurprisingly) Rupert Murdoch’s Fox News. While mistakes or the spread of propaganda do happen (but rarely) in the mainstream network, these tend to be challenged and corrected quickly by other “players”.

Not so on the far-right, say the authors. Instead, actors in the malign far-right network which includes the likes of Breitbart and The Drudge Report fully embrace distracting, disorienting or manipulating tactics to further a right-wing conservative to far-right political ideology, doing away with standard methods and practices of journalism in the process.

The result is a media sphere split in two. On the one hand, a search for truth. On the other: A media system where messages are not so much checked for truth as for their suitability for one’s own ecosystem. The end result is available for all to see.

“Network Propaganda” is an open access title published by Oxford University Press and available to read for free online.

Felix Simon is a journalist and researcher and a graduate of the University of Oxford’s Internet Institute (OII). He is the former acting editor of the European Journalism Observatory and works as a research assistant at the Reuters Institute for the Study of Journalism. His writing on tech, politics, and the media has appeared, amongst others, in the “Frankfurter Allgemeine Zeitung”, “Die Welt” and “Der Freitag”, the Swiss “NZZ” as well as in the “Telegraph” and “The New European”. He has published in journals such as “Journalism Studies” and “Transformative Works and Cultures”. His research focuses on political communication in the digital age, big data in politics and the entertainment industry, as well as the changing nature of journalism and the media in the 21st century. He also takes a side interest in populism and the future of disinformation. He tweets under @_FelixSimon_.
» Media and Politics, Recent, Research » Network Propaganda: How A Right-Wing Media...