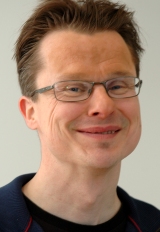 Q: Are there successful examples of media accountability in Finland?

A: Finland is known for its established media accountability systems. There is a very long tradition of codes of ethics for journalists, a very long tradition of press councils and those are still active. The fact that they still exist and that they are used by journalists shows that they are quite successful. At the same time they are facing problems; they are having lots of difficulties to adjust with the changes of the environment. They are in the process of rediscovering themselves – and I would not call them real success stories at the moment.

Then, there are other forms of media accountability – also academic. Every year books and reports about the subject are published. However, their meaning to journalists and the general public is limited. Maybe we academics are not doing our job energetically enough, we also have to be self-critical about that.

Online is the area where most new things happen – that is a really interesting environment. However, although almost everybody is connected to the Internet in Finland, only a few people publish something online. They rather chose to be audiences. This means that media accountability is not taken over by Internet users.

But still there are many interesting new phenomena in Finland; for example online petitions. If you want to make a public statement and if you want others to support your call, you write a very simple petition online and it will be published immediately and other people might endorse your call. Some of these online petitions are jokes and not seriously made. However, there are many examples of situations where they can be powerful. People also organise themselves in Facebook and get public attention. Many journalists follow more and more Facebook and these online petitions. In this sense the Internet is very promising – a platform for everybody.

Q: Should there be a new ethical code for online journalism?

A: As long it is about real journalism on the net there is no need for a new code. The existing rules for media ethics can be applied. But there are also other forms on the Internet – such as blogs – where codes for journalists are not valid for other purposes. Not everything on the Internet needs journalistic codes of ethics. Otherwise self-expression would be put in chains. There have to be limits where these journalistic codes should be applied. Some blogs should adhere to these rules but there are some blogs that don’t need these rules.

Q: What has been one of the most important innovations in journalism in Finland in the recent past?

A: The development of online journalism. There was a first stage several years ago when all papers went online – but then they did not do much with their websites. Now they are starting over again. One of the biggest challenges is to combine text and video clips. Journalists have had the technical facilities for a while now, but they didn’t know what to do with it. Now they are figuring that out.

Tina Bettels-Schwabbauer is the editor of the German EJO website. She studied online journalism at the University of Applied Sciences in Darmstadt, Germany. After her studies she worked as an online editor for a retail industry newspaper in Germany, then moved to Australia for three years where she lectured in Media Studies at the University of Adelaide. From 2010 to 2014 she researched and lectured at the Erich Brost Institute for International Journalism and the Institute for Journalism at TU Dortmund University. During this time she was also editing the German portal of the EJO website. During 2014 and 2015 Tina managed a journalism education programme for High School students at a German political foundation. In September 2015 she returned to EJO. Since September 2017 she has also been working in the project “New skills for the next generation of journalists” (NEWSREEL) funded by the European Union. Her research interests include international media systems, journalism cultures and journalism education, the latter with a focus on CEE countries which is also the topic of her PhD project.
» Ethics and Quality » MediaAct Interview: Heikki Heikkilä