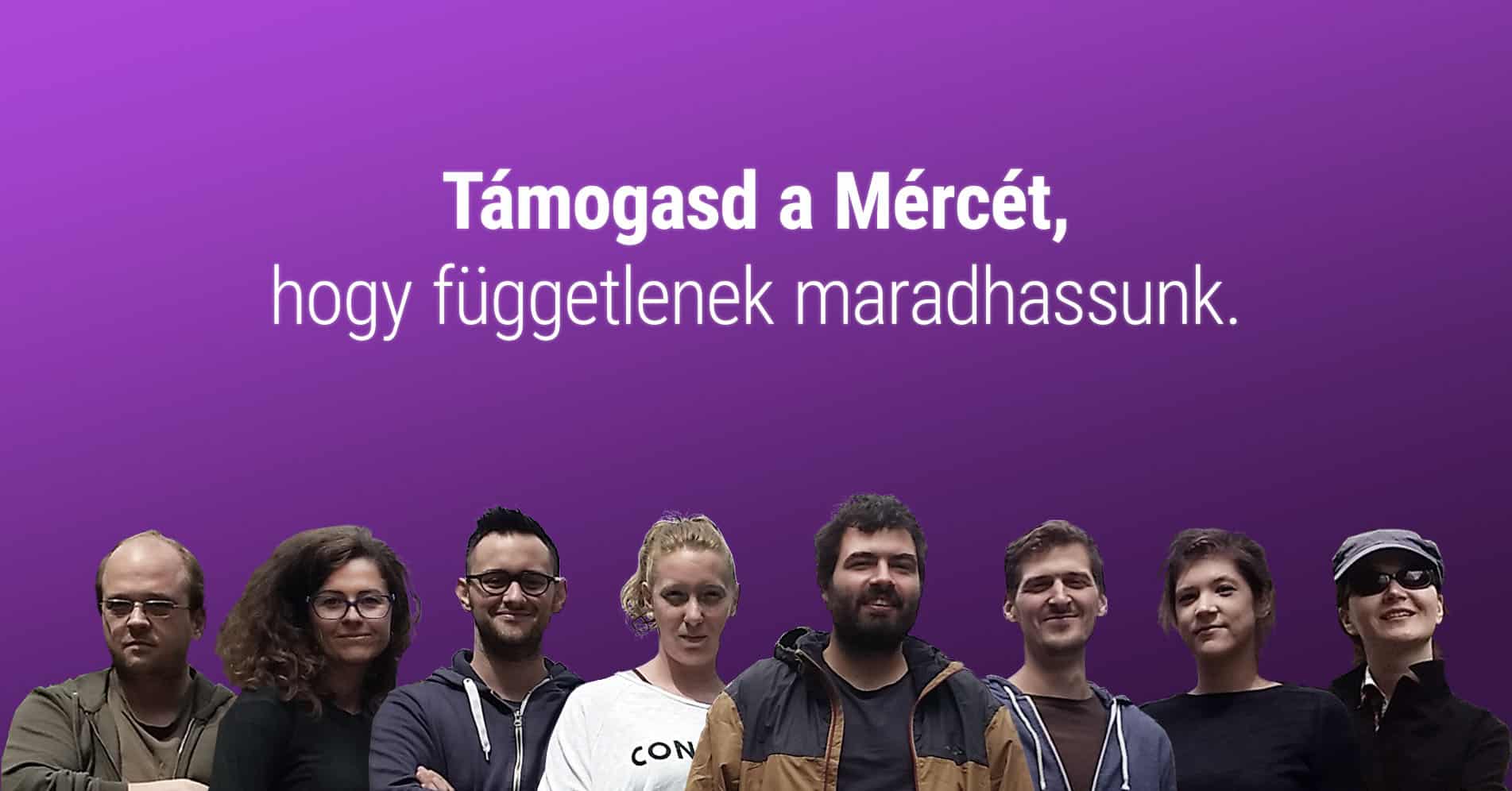 “Support Mérce, so that we can remain independent” – an image from the Hungarian news website Mérce’s fundraising campaign

Media throughout Europe face the same challenge: to retain their independence, they have to be based on sound financial models. In Central and Eastern Europe, the problem is particularly acute. Kornélia R. Kiss looks at some ways in which alternative startups in the region have sought to escape the trap of media organisations becoming political tools.

The financial crisis of 2008 had a particularly negative effect on media markets in Central and Eastern Europe. Since the post-1989 political transition and the privatization of previously state-controlled media outlets, the region had been dominated by international publishing companies who had spotted opportunities in emerging economies. But as advertising revenues plummeted in the wake of the crash, international companies began to pull out. Their media interests were then bought up by local investors or “oligarchs”, whose main business activities were in other sectors and who often also had an interest in politics. Some even became directly involved in politics.

According to Czech media expert Václav Štětka – now a lecturer in Communication and Media at Loughborough University – the economic downturn triggered a “vicious circle” in the media environment. “Since publishing became a money-losing business, the situation in the region has been getting worse year by year”, he told EJO. “Media landscapes dominated by an oligarchic ownership model cannot be described as a healthy environment for journalistic independence.”

In countries where the oligarchs are closely allied with the government, ruling politicians are only too happy to reap the benefits of having tame media and so have little interest in changing the situation by creating conditions more favourable to the financial independence of media outlets.

However, within the “Visegrad 4” countries (Czech Republic, Slovakia, Hungary and Poland), journalists themselves are in the vanguard of efforts to combat the ever-present threat of media capture.

Independent media outlets have explored a range of options with the aim of achieving sustainability: subscription-based models, grants, crowdfunding and paywalls.

Despite the fact that it has a population of only 5.4 million and a very small media market, Slovakia has seen some of the most interesting innovations.

One Slovak success story is the daily newspaper and news website Denník N, set up by a group of journalists who left the daily SME in protest after the paper’s former German co-owner sold its stake to the Slovak investment group Penta in 2015. The change in SME’s ownership structure sparked fears that the paper would soon feel the negative effects of oligarchisation and that the new Slovak owner would seek to curb independent journalism.

The gamble taken by Denník N’s founders paid off: by 2018 Denník N had 30,000 subscribers, with 75 per cent of the paper’s income coming from its own readers. Denník N has gone to some lengths to find out what its readers are prepared to pay for: supported by Google’s Digital News Innovation Fund, it has analysed its audience’s preferences, which has enabled it to target readers with specialised marketing. The successful model has now also been exported to the Czech Republic, where a Czech version, Deník N, was launched in October 2018.

Another interesting Slovak development was the “national paywall” concept created by Piano Media in 2011, under which several media outlets agreed to put some of their content behind one common paywall. Readers who subscribed were able to access content from all the media outlets taking part in the scheme.

The idea was initially a success and Piano Media was able to export the concept to other media markets in the region. However, the national paywall system came to an end in Slovakia in 2016, when several participating outlets decided that they preferred to have full control over their own subscriptions and left the scheme.

Though the national paywall proved not to be a viable long-term solution for the entire region, some Slovak, Czech and Polish news publishers have adopted individual pay models.

The threat of “oligarchisation” prompted some Czech journalists to take similar action. When Andrej Babiš – the second-richest man in the country and now prime minister of the Czech Republic – bought the publishing company Mafra in 2014, some journalists at Mafra titles left and set up their own media outlets. One of these was the monthly magazine Reportér, which specializes in in-depth analyses and investigative reporting and was launched by a group of journalists from the daily Mladá fronta DNES. Reportér’s main sources of income are advertising, sales and donations made to the magazine’s own foundation.

International media companies still have a significant presence on the Polish media scene, despite the efforts of the conservative Law and Justice government to “repolonise” the media.

Some major media outlets have also lent their support to new media projects. The long-established daily Gazeta Wyborcza helped to launch the non-profit investigative news website oko.press in 2016. Oko.press now finances itself mainly from crowdfunding and from grants. At the conference Public Sphere for Europe held in Potsdam in December 2018, Oko journalist Agata Szczęśniak described how the website has been making efforts to professionalise its crowdfunding campaigns, with the help of a fundraiser who used to work for Amnesty International.

In Hungary, state capture of the media has now reached an advanced stage. The media market is completely skewed by the fact that although most pro-government outlets have extremely low circulations, they are propped up by state advertising.

Independent outlets are almost entirely dependent on grants and readers’ donations for their funding. There are no paywalls on the Hungarian news media market. The most popular independent news sites, Index.hu and 444.hu, rely on crowdfunding, while the nonprofit investigative platforms Atlatszo.hu and Direkt36.hu finance themselves from grants and readers’ contributions. The left-wing news platform Merce.hu relies entirely on donations from readers.

Two relatively newcomers on the Hungarian independent media scene are experimenting with hybrid models involving a combination of subscription revenue and donations. The weekly Magyar Hang, which arose out of the ashes of the former conservative daily Magyar Nemzet in April 2018, is now published by its editor-in-chief. The conservative weekly Heti Válasz previously had the same owner as Magyar Nemzet and was also shut down in 2018. It was then revived by its journalists as a new, subscription- and donation-based online site.

If you liked this story, you may also be interested in Can Crowdfunding Save Romania’s Independent Media?