The pressing need for a European public sphere

The EJO’s co-founder calls for pan-European “alliances for enlightenment” to be created as part of the fightback against misinformation. 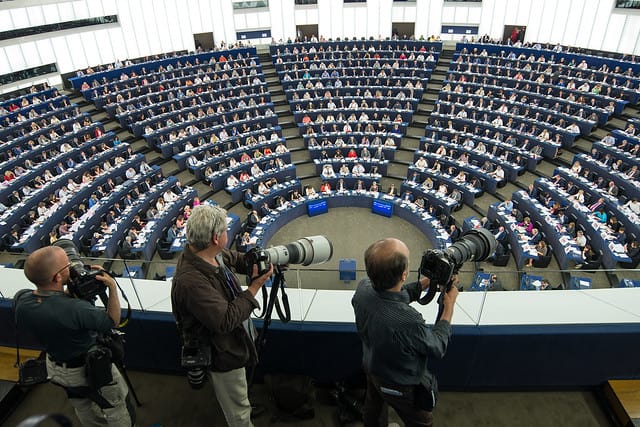 Much has changed since the first correspondents were sent to Brussels to cover EU affairs, and not only on account of the decline of serious journalism.

Anyone who has attempted to analyse the outcome of the European elections and to discover the fundamental deeper causes of the fraught developments that preceded them – such as increasing populism and nationalism in EU member states, migration politics or the Eurozone financial crisis – will have identified two closely interrelated shortcomings, neither of which has received sufficient public attention.

The first is the absence of a European public sphere or common space for communication among Europeans. The second is that in many EU countries, there is a lack of even minimal common professional standards for journalism and the kind of basic news media infrastructure needed to ensure that citizens have access to independent and reliable sources of information.

Surprisingly, very few people appear to take these deficiencies seriously – though we all know that it is only possible to rise to a huge challenge such as European integration if adequate communication channels are in place. Like all governments, the EU spends millions of taxpayers’ money on PR and advertising in an effort to polish its public image. However, it has not yet done enough to encourage independent Europe-wide media coverage of EU matters – unless we count the 25 million euro direct subsidy allocated to the almost invisible TV network Euronews every year.

We need serious journalism to keep us informed about the workings of the EU and to hold EU institutions and politicians to account. No one should underestimate the nature of the challenge now facing journalists posted to Brussels. Only a few decades ago, things were very different. For the first generations of European correspondents, the task was still manageable. The European project was young and enjoyed broad support in the free part of Europe. Brussels-based correspondents were well informed and reported independently, even if they often adopted a complaisant attitude towards European integration and unification.

Of course, there are still some excellent journalists working in Brussels, and we should beware of viewing the earlier period through rose-tinted spectacles. However, it cannot be denied that working conditions have changed out of all recognition in the last 20 years. Today, the EU is hyper-complex. The EU parliament consists of 751 MPs. Ten times as many people – 7,500 – are employed by the parliament. The Commission has 28 commissioners – one for each member state. Government bureaucracy keeps growing: 32,000 people work for the commission’s departments, and 4,300 interpreters and 800 translators are employed by the EU. On top of this, there is an enormous army of stakeholders. Experts estimate that there are 25,000 lobbyists working in Brussels, 11,200 of them officially registered.

The journalistic presence in Brussels has failed to keep pace with this huge expansion of human resources. Covering European politics is the responsibility of the foreign desk of news organisations, which tend to be one of the first targets of cuts at times of rapidly decreasing income from advertising and subscription revenues. The corps of accredited correspondents in Brussels shrank more than 20 percent over the last four years – from 955 to 770 registered journalists. This means that there are now 14 times more registered lobbyists in Brussels than accredited journalists. We should perhaps treat these figures with caution, but there can be no doubt that they tell us something about the power shift between an independent “fourth estate” and private interests seeking the attention of public officials and of media in Brussels.

There is at least one area of growth in Brussels-based journalism: the number of freelancers has increased exponentially. It is difficult to find accurate recent figures, but according to one source, in 2015 there were eight times as many freelancers working in the city as there had been in 2010. Many of them are, however, fighting for survival, and for many this proves to be simply another route into PR work, as the funds available for in-depth journalistic investigations continue to shrink.

All this has led to the “Johnsonisation” of media coverage from Brussels: a superficial approach that favours attention-grabbing headlines over deeper analysis and a search for truth. The trend was set by Boris Johnson. Long before he became one of the leaders of the Brexit campaign, then British foreign secretary and now front-runner candidate to succeed Theresa May, Johnson was the Daily Telegraph’s Brussels correspondent. Between 1989 and 1994 he exerted a malign influence, reinforcing his fellow countrymen’s eurosceptic attitudes by writing half-baked, juicy tabloid-style stories and by always trying to outdo his colleagues.

Other tabloid editors liked these stories too. The London tabloid press is notorious for its herd behaviour, and it is easy to imagine the same question being asked in newsroom meetings: “Why isn’t our paper carrying this story?” What may at first have been isolated instances over time developed into a trend – which helped to bring about Brexit years later.

But a “normalisation” of EU coverage has also taken place in continental Europe, as can be seen nowadays when the excesses of the Brussels bureaucracy or logjams in EU politics come under the media spotlight. Items about flaws in the political process such as the unanimity voting rule and about member states’ failure to comply with EU regulations such as the Maastricht convergence criteria – as well as the notorious regulation specifying how curved cucumbers are allowed to be – dominate the day-to-day news cycle. EU coverage, like all other kinds of media coverage, is in addition characterised by that cynical old journalistic maxim: “Bad news sells better than good news”.

In media everywhere, a national perspective takes precedence over a European narrative. Media outlets focus on crises, accentuating them and thereby fostering mistrust of European institutions. In the words of German political consultant Johannes Hillje, we are slipping into “a political-media vicious circle of conflict, news und nationalism”, which in the end plays into the hands of populists.

With European leaders taking for granted that the earlier generations of correspondents were well-disposed towards the European project, both the EU and the media industry neglected to take steps to place European journalism on a sound footing. Pan-European media projects either failed within a few years (as in the case of Robert Maxwell’s The European, launched in 1990 in response to the historic events of 1989) or have had minimal impact (as in the case of Euronews, founded in 1993 with the aim of covering world news from a European perspective).

Though Euronews was an initiative launched by a group of public broadcasters, the founders failed to develop it into a more sustainable venture, with news and entertainment programming translated into all the languages of the EU. This was a missed opportunity to create a European public space and encourage mutually enriching collaboration between different journalistic cultures.

“We have reached the eleventh hour”

But now, however, we have already reached the eleventh hour. Trust in journalism is fading, and there is a big question mark over the future of print media and real-time TV. The younger generation reads and consumes less print media, and no longer gathers around a television set at fixed times. As it becomes more and more difficult for news media to make a profit, oligarchs with political ambitions are investing in news media with the aim of furthering their political interest – and not only in central and eastern Europe.

The EU could also have done a lot more to promote Europe-wide journalism training programmes. The Erasmus programme allows for the extensive exchange of students in various disciplines, but multilingual Bachelor and Master programmes in journalism and international cooperation such as the European Journalism MA at Thessaloniki University in Greece or the joint Franco-German MA in transnational journalism launched recently by the Sorbonne and the University of Mainz are still rare.

There is a pressing need – especially in southern and eastern Europe – for more specialist media outlets aimed at fostering a common understanding of the principles of journalism, promoting “best practices” across language barriers and encouraging international exchanges between Europe’s many and varied journalism cultures. The European Journalism Observatory (EJO), which boasts 15 language versions and was co-founded by the author in 2004 at the Università della Svizzera italiana in Lugano, Switzerland, has until now remained a unique initiative. However, its low budget means that it has limited visibility.

To counter the threat of disinformation effectively, we need more such initiatives and networks, on the European level as well as nationally, and not only among media research institutes. Researchers and serious journalists should cooperate more closely across borders and language barriers.

Some might argue that it is unrealistic to expect a great deal from such “alliances for enlightenment”, as journalism and the sciences move in different orbits – like Mars and Venus. On the other hand, both in their own way seek to distinguish between what is true and what is false. The president of the European Federation of Academies, Antonio Loprieno, recently emphasized the importance of sustaining trust in science. In order to do this, we need to counteract the emotion-based perceptions generated by social media and ensure that “real news” has greater visibility. Scientists need to engage in a “dialogue at eye level” with society, enlisting the help of serious journalists in a bid to get the message across clearly and effectively. The EU might even consider supporting such initiatives instead of trying to combat fake news with its own “task force”.

This article is an abridged and updated version of the farewell lecture delivered by Stephan Russ-Mohl at the Università della Svizzera italiana in Lugano on 28 May 2019.

The text of Professor Russ-Mohl’s lecture was first published by Neue Zürcher Zeitung on 31 May 2019 and also appeared on the German EJO on 3 June 2019.

If you liked this story, you may also be interested in Has the media failed Europe?

European Journalism Observatory co-founder and until 2018 Professor of Journalism and Media Management at the Università della Svizzera Italiana in Lugano. Frequent contributor to Neue Zürcher Zeitung (NZZ) and Der Tagesspiegel (Berlin), as well as to the specialist publications Schweizer Journalist and Der österreichische Journalist.
» Comment, Ethics and Quality, Media and Politics, Recent » The pressing need for a European...