Poland: Coronavirus and the media 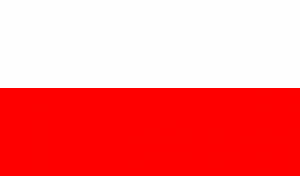 While many Polish media outlets are now subjecting the government’s response to the crisis to intense scrutiny, the coverage of the public service broadcaster TVP – controlled by the governing party PiS – is totally uncritical.

Polish news outlets have been taking the need to provide the public with reliable information about the coronavirus pandemic very seriously, though many of them have had to quickly develop a basic level of expertise in reporting on health matters.

The spread of the pandemic has been slowly but surely dominating the news agenda in Poland since the beginning of March, only a few days before the first case of Covid-19 was confirmed in the country on 4 March.

Before the disease reached Poland, coverage focused on developments in countries that were already affected by it (China, Taiwan, South Korea, Iran, Italy, Spain, Great Britain, etc.) Some attention was also paid to a special law passed by the Polish parliament at the beginning of March authorising certain measures in the event of an outbreak of coronavirus in the country.

Up until then, the tone of coverage was on the whole cautious, and there was no general consensus as to whether the pandemic should be regarded as a “media-generated panic” or a serious threat that Poland needed to prepare for. Most media – with a few notable exceptions – did not make the topic central to their agenda, and only began to cover it extensively once it had become clear that the disease was also likely to cause huge problems in Poland.

Once the first case of Covid-19 in Poland was registered, coverage intensified but was limited to news items and expert comment on the newly reported cases, deaths, the geographical spread of the pandemic (both within the country and across the world), new guidelines issued by national governments and local authorities, the potential economic consequences, comments from doctors, experts, etc.

At this stage, coverage was clearly simply reacting to the unfolding situation. The agenda was set by the government, whose actions were not subjected to critical scrutiny. There was a distinct lack of in-depth analysis or proper investigative reporting aimed at assessing the effectiveness of the measures taken by the government and holding those in power to account.

Once the coronavirus was known to be present in Poland, most news media put on special primetime TV shows (Polsat News, TVN24, TVP Info) or created dedicated Covid-19 sections on their websites (Onet, Wyborcza.pl, Wp.pl and others). The main focus of this special coverage was on how to protect yourself from becoming ill, how the illness spreads and develops, what safety measures should be taken, etc.

To begin with, almost every new case of Covid-19 was reported in great detail. The “zero patient” became a kind of “coronavirus celebrity”: practically every news outlet followed his treatment, interviewed him in the hospital, etc. However, when the rate of increase in cases started to accelerate, such detailed coverage was no longer possible.

Since 12 March, when the first mass restrictions were introduced (the closure of schools, libraries, cultural institutions, etc.), the Polish media have come out strongly in favour of the #stayathome recommendation. Most media outlets have been highlighting data showing how the early adoption of social distancing measures helps to slow down the spread of epidemic, and in this way have raised awareness of the importance of individual responsibility.

In an effort to ensure that all readers have access to reliable sources of information that will help them make responsible decisions, some media have made what would normally be paid-for content available for free. In addition, many publishers have decided to lift paywalls for coronavirus-related content.

However, it was almost two weeks before most journalists began to get to grips with the topic and developed a more critical and analytical approach looking at the pandemic from different angles: economic, social, political, cultural, etc.

On top of informing readers about the latest developments in the onward march of the pandemic, Polish media have now broadened the scope of coverage to include aspects such as failings in the healthcare system, the effectiveness or otherwise of government measures, the latest scientific research into the likely course of the pandemic, the economic fallout and the government’s financial rescue plan, possible political consequences, the implications for the future of democracy, the impact on international politics, and others.

There is no longer any doubt as to what is the main story of the day.

There has been huge interest in the personal stories of Covid-19 patients, and this has given rise to some instances of inaccurate reporting involving violations of privacy.

There have also been cases of fake news stories being carried by mainstream media even after they had been debunked by factchecking websites or other sources, e.g. the fake story about dolphins and swans “returning” to Venice because of the collapse in tourism (debunked by National Geographic), a story about how the popular anti-inflammatory painkiller Ibuprofen may worsen the effects of Covid-19 (debunked by the World Health Organization) and the evidence-free claim that high doses of Vitamin C can cure the disease.

Public media have failed to report impartially on the crisis and have instead revealed a distinct political bias. For example, on 23 March the public broadcaster TVP’s news channel TVP Info heavily criticized the Mayor of Warsaw, Rafał Trzaskowski – a member of the opposition party Civic Platform – for his decision to reduce public transport services in the capital following the imposition of restrictions on public gatherings. Unfortunately, this led to the remaining services becoming more overcrowded.

However, TVP – which is controlled by the ruling Law and Justice (PiS) party – chose to ignore the fact that something similar happened when at the instigation of the government, the state-owned airline company LOT flew back home Polish citizens who had become stranded abroad, a number of them in countries seriously affected by coronavirus. Both at the airports and during the flight, passengers were herded together in confined spaces and it was impossible for them to observe any form of social distancing. Despite the obvious potential for this operation to accelerate the spread of the virus among Poles returning home, TVP did not consider this story to be newsworthy.

TVP’s flagship news programme “Wiadomości” is an unfailing cheerleader for any action taken by the authorities. For example, on 23 March it described the government’s economic rescue plan as “a great solution”, saying that the Polish people should be “very grateful to the president”. On top of this, the public broadcaster rarely misses an opportunity to suggest or even state explicitly that in times of crisis, the nation-state is the one thing that people can rely on. It also regularly casts doubt on the ability of the European Union to take any effective action to tackle the crisis.

The show must go on…

Though even tighter restrictions on people leaving their homes and on public gatherings were introduced on 25 March, the government continues to insist that the presidential election scheduled to take place on 10 May will go ahead.

While most of Europe is in a state of lockdown and elections are being postponed throughout the continent, the ruling party is determined that its ally, incumbent Andrzej Duda, should be given the chance to win a second term in office. Whatever happens on the coronavirus front, the political show must go on.

Paulina Pacula is a freelance journalist working for both Polish and international media. She has collaborated with money.pl, the biggest Polish financial news site, and has also worked as a reporter for TV Polsat. She is a graduate of the University of Wroclaw and also spent a year studying online media and TV journalism at the Danish School of Journalism. Her interests include media ethics and quality journalism.
» Ethics and Quality, Media and Politics, Recent » Poland: Coronavirus and the media