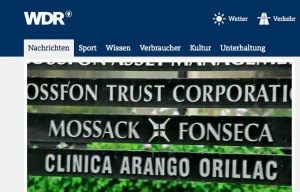 The Panama Papers, an international exposé based on a huge database leak, is a recent example of how public private partnerships can produce outstanding journalism: cooperation between Germany’s public broadcasters, NDR and WDR, and Sueddeutsche Zeitung, the daily newspaper, played a major role in the investigation.

A new study explores the potential of similar forms of cooperation between privately-owned media and public broadcasters in Switzerland. It found such collaborations can be effective, especially if they are based on mutual cooperation, are temporary and project-based.

The study, conducted at the Università della Svizzera italiana in Lugano, is based on guided interviews with 36 selected Swiss media practitioners and experts, as well as on conversations with 20 foreign experts in the field. It was funded by the Verband Schweizer Medien – the Swiss Media Association.

Privately-owned media in Switzerland are looking at the best ways to create collaborations with the country’s public broadcaster SRG/SSR. Public private partnerships which might serve as models are already numerous in other countries in and outside [of] Europe, such as the BBC’s Online Video News Content Sharing/Digital Britain Project in the UK. However, cooperation abroad has frequently developed in a rather informal way and so remained under the radar of public attention.

“It would be worth experimenting more in Switzerland. If partnerships are designed thoroughly, synergies can develop which can be beneficial for both sides as well as for the audience in Switzerland,” conclude media researchers Stephanie Grubenmann and Stephan Russ-Mohl, co-authors of the study.

Cooperation needs to be created in a way that does not distort competition, according to the authors. They point to a recently created long-term marketing collaboration between SRG/SSR and two other powerful partners – Swisscom, the largest telecom provider in the country, and Ringier, one of Switzerland’s two largest private media companies. However, this collaboration has been described as effectively operating as a cartel, at the expense of other, non-participating, private publishers.

The researchers suggest SRG/SSR should instead reach out “actively for versatile, project oriented and therefore temporary cooperations with many different Swiss media organizations”. Smaller partners, in particular start-ups, and decentralised models of cooperation should be preferred.

Temporary and multifaceted collaboration projects are better than one or a few big ones, the study finds. Cooperation between powerful partners would inevitably lead to cartels, and therefore can enforce the inflexibility of existing structures.

Based on their guided interviews with media practitioners and experts, the researchers suggest several cooperation projects. For example, that SRG/SSR should make its news videos available to other media organisations on a platform which might be provided by the Swiss news agency sda, and SRG/SSR should also open its archives for private media companies. Moreover, the broadcaster should intensify cooperation in the fields of training and professional development as well as in media research; in particular, both sides should co-finance a new chair for media technology at the Swiss Federal Institute of Technology in Zurich.

Grubenmann and Russ-Mohl also suggest cooperation projects between newsrooms to create joint content. Both SRG/SSR and the Swiss Media Association (VSM) should develop the corresponding projects.

The survey is exploratory, not representative and was financed by the Verband Schweizer Medien (the Swiss Media Association).

The study, published in German language, is accessible here