Covering a pandemic: the challenge for journalists 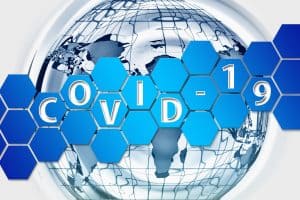 Journalists reporting on the coronavirus pandemic face a huge challenge. Communication scientist Florian Meißner looks at some of the things they need to bear in mind when approaching the topic.

Disasters have the power to shake the foundations of society and leave a deep mark on its collective consciousness, as Jeffrey C. Alexander noted in his 2004 study of cultural trauma. The coronavirus pandemic has triggered such a shock for societies throughout the world.

The implications for journalists of a phenomenon such as coronavirus are profound. The way in which it has imposed itself on the collective consciousness has turned the usual pattern of journalistic crisis reporting on its head. As Alexander Görke pointed out in his 2008 analysis of how the media cover catastrophes, “normal” disasters tend to take the form of a dramatic event that commands everyone’s attention and completely dominates the agenda for a while, after which interest subsides and the news cycle gradually settles back into its usual pattern. In the case of coronavirus, however, it was some time before the nature of the disaster became fully apparent, and it was only then that it began to dominate the news agenda to the exclusion of practically every other topic.

In a situation like this, journalists are required to meet a whole range of challenges, of which the following are just a few:

(The above list takes as its starting point a 2007 study by Ortwin Renn and others on how society deals with risk.)

For years to come, there will be intense scrutiny of the ways in which media worldwide rose to these challenges, and how well or badly they performed. There will also be scrutiny of the role played by other key players such as social networks, search engines and messenger services. Here, I will just touch on four important aspects that need to be considered in connection with pandemic reporting.

We are increasingly confronted with crises that are not confined to one part of the world, but whose impact extends across much of the globe. These include large-scale humanitarian crises, the climate crisis and now the coronavirus pandemic.

In the past, reporting of international crises was typically shaped by national perspectives, as was observed by Susanne Fengler and Marcus Kreutler in their 2020 study of media coverage of the refugee crisis. However, with the coronavirus crisis, we can already see a trend towards transnational reporting. German-language media, for instance, have reported on other countries’ different approaches towards tackling the crisis, and have also highlighted examples of international cooperation. On the other hand, some German media have displayed a distinct lack of empathy towards Chinese people, occasionally even succumbing to the temptation to label Covid-19 as something “Made in China”.

In their 2012 book “Disasters and the Media”, Mervi Pantti and fellow authors noted that

“…while reporting on distant disasters is characterized by more negative and ‘hotter’ (stronger) emotions, stories of disasters which we consider our own are bound to include more positive and calmer emotions.”

In the case of the coronavirus pandemic, the German media’s coverage of the domestic situation has on the whole been calmer in tone and more factual than the sensationalist approach often resorted to when reporting on distant disasters. There have been a few accusations of panic-mongering, some of them justified. However, some commentators who accused certain media of fear-mongering have themselves faced accusations of downplaying the seriousness of the situation.

There has also been criticism that some media – especially public service broadcasters – have been assuming the role of channels for the transmission of official announcements and failing to subject government measures to sufficiently rigorous critical scrutiny. It is often noted that during domestic crises, media tend to report less critically, are more reluctant to question (crisis) policies, but instead call for solidarity or national unity. In the current situation, while the media’s reiteration of official advice on physical distancing is an appropriate response to a pandemic, journalists should still retain a critical stance.

In her 2016 article “Affirmative Duties. The Institutional and Individual Capabilities Required in Disaster Coverage”, media ethicist Lee Wilkins described the obligations that journalists reporting on disasters should meet in order to fulfil the role of “mitigation watchdog”:

“…while they can be objective – fact-driven – about ‘what happens’ during a disaster and about responses to it, journalists have an affirmative duty to act in ways that protect human life.”

In the context of the coronavirus pandemic, this means that journalists need to alert the population to the threat to public health and thus—whether directly or indirectly—they need to appeal to the responsibility of each individual. At the same time, journalists should be able to discuss critically the effectiveness of measures taken to mitigate the damage to society. In doing so, they need to be clear about the different interests in society without playing these off against each other (young vs. old, health vs. economy etc.).

Baseless rumors and mis/disinformation including conspiracy theories have spread more rapidly than ever before on digital platforms and in messenger services since the beginning of the corona crisis. Websites that were already known for spreading conspiracy theories have leapt onto the corona bandwagon and often achieve far more online engagement than reputable sources of information such as public health institutions.

An ongoing survey carried out by NewsGuard – a company that provides credibility ratings for thousands of websites through a browser extension – has revealed a sharp increase in the number of websites publishing false and potentially harmful stories about the coronavirus. And in the case of German-language websites that NewsGuard has so far identified as publishers of misinformation on coronavirus, these now account for almost a hundred times more interactions on social networks than posts by the World Health Organisation and the German Federal Ministry of Health.

In response to the corona crisis, the big tech companies do appear to be making more effort than in the past to curb the dissemination of false information on their platforms. However, it is still legitimate to subject to critical scrutiny the progress they have made in this area.

This is an abridged version of an article that originally appeared on the German EJO website under the headline “Mediale Krisekommunikation 24/7“.

Florian Meißner is a Postdoctoral Researcher at the Department of Communication and Media Research, Heinrich Heine University Düsseldorf (Germany), as well as Vice Chair of the Crisis Communication Section of the European Communication Research and Education Association (ECREA). He is also Advisory Editor for Germany at NewsGuard Europe.
» Ethics and Quality, Recent » Covering a pandemic: the challenge for...