Africa Stereotypes in the European media

In June, the Erich Brost Institute for International Journalism hosted a conference on the portrayal of Africa in the European media. One of the key points to emerge was that the European media is doing a disservice to its audiences and to Africans in the way it reports on African countries.

Ama Biney studied at the School of Oriental and African Studies of the University of London. She is editor in chief of Pambazuka News and a former lecturer at Middlesex University in the UK.

Bastian Pietsch spoke to her about the way Africa is portrayed by the West.

“Despite the fact that Africa has undergone decolonization and is independent, there is still a certain negative and racist attitude in terms of how the West interprets and perceives Africa. Africa continues to be seen as the lands of what one Nigerian journalist calls “PIDIC”. “PIDIC” stands for “P” for poverty, “I” for instability, “D” for disease, “I” again for illiteracy and “C” for corruption.” she said. “It’s not the case that these stereotypes are untrue – there is an element of truth in stereotypes – but this is the only way in which the West sees Africa and this is very dangerous. We always get a single story of Africa that is perpetrated by the West, to use the term that the great Nigerian novelist Chimamanda Ngozi Adichie talks about.” 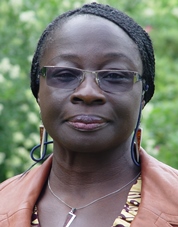 Biney talked about how the West often gleefully relates stories of corruption in Africa, but rarely investigate the role Western companies played in the scandals.  “Corruption wherever it is – in the West or in Africa – is contemptible and unethical. But when we look at corruption in Africa there are often Western multi-national companies involved. They are complicit in the corruption of African dictators, businessmen or leaders. But Westerners and reporters of the West very rarely ask themselves: “How comes that Western banks are accomplices of dictators in Africa?”

There are several stories that need to be reported from Africa. The continent has a remarkably high number of women parliamentarians, for example, but the stories that come out of Africa tend to portray most African women as oppressed and powerless.

Biney suggests that alternative media can and does provide more nuanced reporting in Africa. “I think alternative media presents different analysis from a different and progressive ideological standpoint,” she said. “They often try and go beyond the superficial analysis of the West and give a wider contextual, historical background. They try to inform the readers why things are the way they are in Africa.”

“I think it’s difficult for mainstream media to take on this role because they are committed to making a profit. Often advertisers dictate the agenda. And there’s another constraint. The mainstream media have to entertain their audiences and run stories that will interest them. Sometimes they are influenced by whether a story will have a human interest angle. That is also a reason why there are so many stories of misery or famine: they will interest readers. One could say that reporting about famine and NGOs helping African people is a good thing, but there is a negative side of how humanitarian disasters are often portrayed: African people are always in need, they are dependent of the white, industrial society. I think this is ultimately harmful to Africa.”

Biney said African journalists tend to follow European models of reporting.  “We have to remember that many media houses in Africa inherited their journalist training programs from colonial rulers. And a lot of the press in several West-African countries do tend to be dependent on CNN, Reuters or BBC. However, having said that, there are smaller media houses in Africa that are more alternative. They can determine their own agenda and for example do local stories and are closer to the news. But they are often constrained by money,” she said.

Bastian Pietsch is a journalism student at the Technical University of Dortmund, works as a freelancer at the local newspaper “Ruhr Nachrichten” in Dortmund and as a student assistant at the TV station “nrwision”.
» Ethics and Quality » Africa Stereotypes in the European media