Media empowerment is key to Covid-19 recovery in Brazil 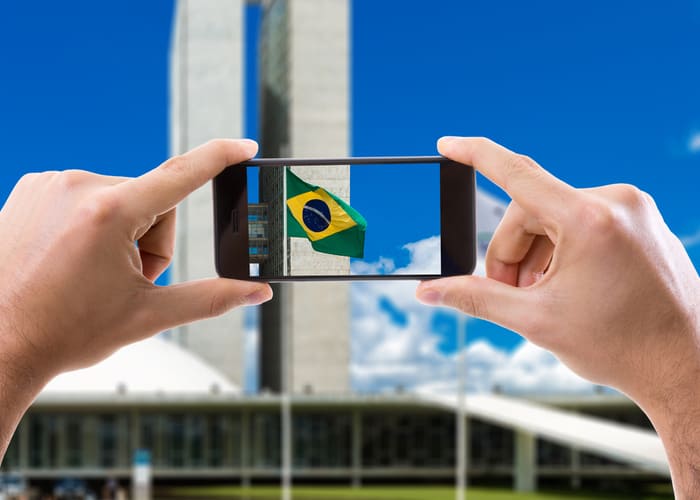 A denialist president, people living and working in precarious conditions, and highly infectious mutations of Covid-19: this is the chaotic combination currently facing Brazil’s population. The “double pandemic” situation, made more dire by attempts to constrain the press and hamper national dialogue, is concerning global multilaterals such as the World Health Organization.

At the time of writing this article, Brazil ranked third globally in total Covid-19 cases with more than 14 million recorded and second in covid-deaths, with nearly 400,000 reported. The country is ground-zero for the deadly P1 variant – a so-called ‘Brazilian mutant’ of the virus, which is reportedly 1.2-1.4 times as contagious. This steadily worsening situation has resulted in the collapse of health systems in 20 states, with hundreds of people waiting for a spot in intensive care units.

The ever-rising rate of infections is due, not just to the variants of the disease, but also to the weak response from leadership and the lack of protective measures. President Jair Bolsonaro has continuously denied the danger of the virus. His reluctance to prioritise vaccinations is a narrative that has only recently begun to change with the increase in political and economic pressures.

In January 2021, the Brazilian National Authority for Health Surveillance’s approval for the Oxford-AstraZeneca and Coronavac vaccines initiated a national vaccination campaign. Recently, the Health Ministry announced commercial agreements with other laboratories and promised 562.9 million doses until December. But it is not enough. At the moment, a record 2000 plus people die in Brazil every day due to coronavirus.

Experts expect even higher levels in the coming weeks. This is worrying, not least because the healthcare system is already stretched beyond its limit. Meanwhile, President Bolsonaro continues to reject restriction and social isolation measures, all the while nurturing denialism through an enduring campaign of public disinformation, which includes attacks on journalists – an issue that was recently flagged by Reporters Without Borders.

In the first quarter of 2021 alone, Bolsonaro violated the Facebook community rules 29 times. At least 22 occurrences were on his ‘Thursday Facebook lives’. Among other subjects, he criticized social distancing and discouraged wearing face masks. He also promoted treatment methods that were not backed up by scientific proof.

Recent studies show a relationship between disinformation and political polarisation in Brazil. Using data from 60 million mobile phones, one suggests that respect for isolation measures is lower in areas with higher numbers of Bolsonaro voters.

The country was the only one where there was evidence of disinformation regarding chloroquine, ivermectin, and azithromycin to cure Covid-19 still circulating last November. “Brazil is also isolated when it comes to references to public authorities in varying administration levels, showing that disinformation is largely associated with internal political disputes within the country. These findings are relevant because they offer comparative insights to mis and disinformation patterns and vocabularies circulating around the globe,” a study on international trends in misinformation claims.

Other research describes how the disinformation agenda in WhatsApp groups follows political themes. Findings by Harvard Kennedy School Misinformation Review scholars indicate that “misleading information and fabricated content were used, moreover, to minimise the pandemic and detract from Bolsonaro’s opposers.” These researchers concluded that “disinformation about the virus was politically framed, which benefited far-right views and helped circumvent a political crisis that could have harmed Bolsonaro’s government.”

This so-called ‘infodemic’ can amplify and perpetuate misunderstandings, lead to costly mistakes and hinder effective responses to the virus. It also hampers the vital contributions of journalists and could threaten their ability to “work in healthy conditions” as outlined by the International Federation of Journalists.

Brazil has got it twice as bad as others, with two pandemics at the same time. One being the coronavirus outbreak, the other being populism and the linked disinformation. Both very much make the other worse. Both lead to bad decision-making. And both are immensely dangerous.

Good, independent, and secure journalism can help tackle both challenges. Fighting mis and disinformation and helping to educate people about how to protect themselves from the virus could play an essential role in finding a pathway out of the pandemic. In a nutshell, a critical solution is an independent media free from the threat of violence, political influence, or pressure from their owners.

This article was produced under the project “Communication and democracy: media accountability, public service media, internet access and the right to information in Germany and Brazil”, which is supported by the Probral, Brazilian-German academic cooperation program CAPES/DAAD.

If you liked this story, you may also be interested in: Brazil: Coronavirus and the media

Fernando Oliveira Paulino is a professor at the University of Brasilia and visiting professor at TU Dortmund University, Janara Nicoletti and Rogério Christofoletti are researchers from the Observatory of Journalistic Ethics (objETHOS), Federal University of Santa Catarina, and Julian Beuter, Jana Bertermann, Miguel Kaluza and Karla Kallenbach are journalism students from the Institute for Journalism at TU Dortmund University.
» Censorship, Media and Politics, Press Freedom, Recent » Media empowerment is key to Covid-19...