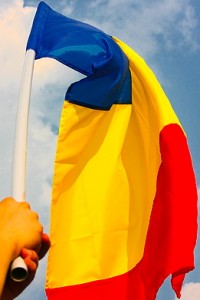 In the following article, Alina Vasiliu, our Romanian Web Editor, provides an overview of the Romanian media landscape, past and present.

The year 1989 marks a distinct turning point in Romanian mass media. It signifies the full stop in all areas of Romanian society, a year when communist media institutions disappeared, soon to be replaced by democratic institutions. Nearly all of Romania’s media outlets changed their names to replace demagogic communist labels, deciding instead to incorporate the word “free” in the new titles, for example: Free Youth (national newspaper), Free Romanian Television  (public television) Free Life (newspaper in Galati), and Free Mind (newspaper in Constanta). The newspaper The Spark became The Truth. The only publication that didn’t require a name change was România Liberă (“Free Romania”), although its epithet certainly acquired a different meaning in December of 1989.

Unfortunately, while the names of the media institutions changed, in most cases the staff remained the same. Pre-revolutionary journalists – obliged to write as commanded under the terror of censorship – became post-revolutionary journalists, behaving aggressively enough to equal the previously manifested docility. During this short period of transition to democracy, journalists took great liberties in violating rules, writing anything about anyone without sanction. Heads of the publications changed, but those who coordinated and censored journalists before the revolution didn’t disappear, rather they remained dormant only to reappear a few years later at the helm of many media outlets. Those who took leading positions in 1989 were hardly “model” journalists, as attitudes and reflexes induced by too many years of survival under communism hadn’t suddenly vanished.

Hence, the most promising option for the future of Romanian journalism may be to completely replace the generation educated in the “golden age,” to turn instead to young journalists ready to apply rules acquired in universities rather than habits borrowed from older colleagues.

An important sociological study (“Media Self-Regulation in Romania” conducted in 2009 by IMAS, the Center for Independent Journalism and Active Watch) revealed many deviations from generally accepted professional standards. Thirty-one percent of journalists admitted to being forced to pursue advertising contracts themselves as though they were commercial agents. Many also claim it is difficult to rectify an error in the media. Forty-three percent agree it is difficult to verify information from several independent sources, and 33 percent say it’s hard to present the views of all parties involved in a particular issue. Most journalists recognize that professional standards are not met in the press, and 60 percent of journalists say this is because of political pressure. Other potential causes listed are the insufficient training of journalists, the influence of employers, commercial pressures, and the opacity of state institutions. Half of the journalists are not aware of any “code of ethics,” and 17 percent say that certain topics are taboo in their newsrooms.

The following year saw the release of controversial transcripts of Sorin Ovidiu Vântu’s – owner of Realitatea TV, one of the first Romanian television stations – conversations with journalists and politicians. Beyond the contextual political significance of the transcripts, they revealed the subordination and even servility which can exist between journalists and media owners.

At a 2011 conference in Bucharest held by the Romanian Federation of Journalists, MediaSind, President and CEO of TVR Alexandru Lăzescu explains, “In addition to the clear economic weakness of the media, the ethical standards have also completely collapsed, while the overthrow of values receives an air of normality. To what extent are the media media and is the journalist a journalist and not a weapon? If someone is called a journalist it does not mean that journalism is what he does. For nearly 10 years there has been a phenomenon that is hollow inside and eats away at media credibility. The press blackmails in Romania – though less in Bucharest – are practiced with great skill in this country. There are clear patterns applied. I know people who are exasperated by what is happening. It has grown to a sophisticated, orchestrated attack.”

It works like this: Journalists investigate and uncover negative facts concerning a particular public figure. They then offer never to disclose the information to the public in exchange for money or advertising for their publications. There are also situations when the blackmailed individuals occupying important positions in state organizations are forced to provide confidential information.

Lăzescu – who maintained his position as a professor of journalism despite being appointed to head Romania’s public television – confesses to encountering difficulties in communicating with his students, as the students realize that what is taught in university contradicts the reality of journalistic practice.

Even in this context, all non-governmental organizations and press associations cling to the idea that journalists do not need to be regulated by law, as this would create preconditions for limiting the freedom of expression. Even if a bill were to be developed and debated by journalists, there remains the belief that once inside the Romanian parliament “mixer,” politicians perceiving the press as a menace would irreparably taint the legislation.

Due to a constant lobby from the industry organizations, primarily against Articles 205 and 206 of the Penal Code which condemn insult and slander, the law has not been a threat to freedom of expression in Romania since 2006. Nevertheless, Romania is ranked only 52nd in the global Press Freedom Index (2010) conducted by Reporters without Borders, down two places from the previous year. According to this ranking, press freedom has declined for the third consecutive year (2007 – 42nd place, 2008 – 47th place,  2009 – 50th place, 2010 – 52nd place).

Journalistic freedom in Romania is limited not by laws, but by the media outlets in which they operate. The absence of a regulating law or self-regulating institutions may have led to the increase of the press blackmail phenomenon and to “the suffocation of relevant and verifiable editorial content by manipulative journalism, partisan opinion and information turned into entertainment,” as the FreeEx report “Press Freedom in Romania – 2010″ revealed.