A question of sensitivity: the ethical issues posed by the Sophie Hingst case

How should journalists cover a case such as that of Sophie Hingst, the German blogger who falsely claimed that members of her family had been Holocaust victims? Historian Avner Ofrath looks at the ethical issues journalists face in such cases. 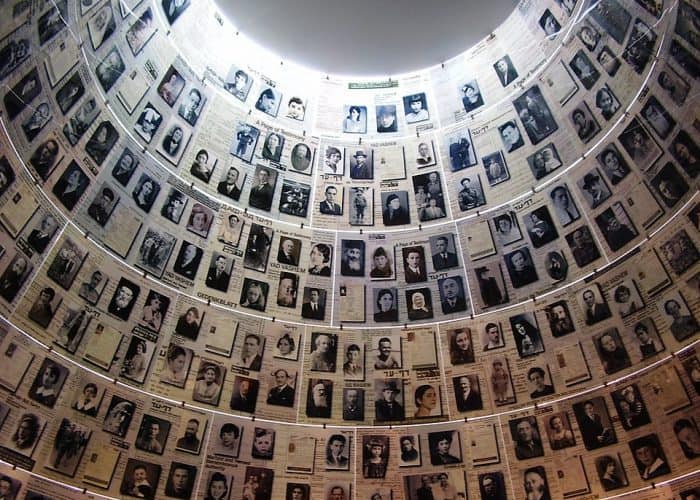 There was nothing unusual about Marie Sophie Hingst’s biography. She was born in 1987 in Wittenberg, Germany to a protestant family, studied history in Berlin, Lyon and Los Angeles, and obtained a PhD from Trinity College Dublin.

That, however, was not the biography she usually presented. In her blog and occasional articles in the German media, she presented herself as a descendent of a Jewish family from the town of Stralsund in northern Germany. To Yad Vashem, she sent false records of alleged relatives who had perished in the Holocaust.

In an acceptance speech of a prize for her writing (since taken offline) she told of a childhood in Jerusalem, a move to Berlin and a grandmother who had survived Auschwitz and encouraged her to embrace the German language and take German citizenship. Her true identity was revealed by German journalist Martin Doerry in Der Spiegel in June. Hingst rejected all accusations. A few weeks later, she was found dead in her apartment in Dublin.

Hingst’s tragic death made Der Spiegel the target of severe criticism. Derek Scally, the Irish Times correspondent in Berlin who met Hingst following Doerry’s revelations, said after her death that he had found her to be confused and unstable. In radio interviews, he argued that she had clearly suffered from psychological problems and he raised the ethical question of whether such a story should be published.

Other critics mentioned Der Spiegel’s own recent scandal, when it emerged that one of its leading journalists, Claas Relotius, had fabricated numerous stories. Was the magazine not disingenuously trying to improve its image by pursuing the relatively low-profile case of a young blogger?

Doerry responded by stressing that several historians had already challenged Hingst’s account some time before he published his article. He himself had met her in Dublin and gave her a list of questions to address, leaving her sufficient time to contact him after the interview – which she declined to do.

As for Hingst’s mental condition, Doerry reminded his critics that Scally met her only after her fabricated biography had been revealed: “We may have met the same person, but in two completely different states.” 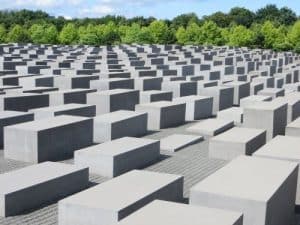 Berlin’s Holocaust Memorial was inaugurated in 2005, sixty years after the end of World War II

But the most important issue isn’t Hingst’s mental condition, but the significance of her lies in a wider social context. Misappropriating the experience of suffering under Nazi terror, Hingst betrayed the basic norms of a society dealing with a troubled past: respect for the victims and the notion of historic justice and responsibility.

She did so at a time when the consensus around the commemoration of the Holocaust seems to be crumbling. In 2017, Björn Höcke of the ultra-nationalist AfD party called for “a complete reversal of remembrance policy”, saying that commemorations of World War II should focus more on German suffering. Furthermore, he deplored the Holocaust Memorial in Berlin as a “memorial of disgrace”. Höcke now leads the AfD in Thuringia, where the party is currently predicted to win around 24 percent in this October’s state election.

Of course, there’s nothing new about non-Jewish Germans pretending to be Jewish. A few months before publishing his article about Hingst, Doerry revealed that Wolfgang Seibert, the chairman of a small Jewish community near Hamburg, had falsely claimed to have been born to Jewish parents.

A similar behavioural pattern can be observed in the United States among white people pretending to be Native or African American. In one prominent recent case, the author, artist, academic and allegedly black activist Rachel Dolezal was revealed as being of European descent.

What is unique about Hingst is that her fabrications indicate limited engagement with Jewish history and culture. Her invented biography as she narrated it (all traces of which have now been taken offline) was offensive not only because of the act of misappropriation, but because it was wrought with clichés and basic inconsistencies that suggest little genuine interest in the experience of being Jewish.

Seibert’s and Dolezal’s decades-long engagements with Jewish and African American communities hint at a strong commitment and a (clearly exaggerated) sense of identification with the victims. Hingst’s narrative, by contrast, was too superficial to suggest anything similar.

Having misappropriated a family history of persecution and suffering, she then used it for her own purposes. This, of course, suggests a rather sinister perception of how Jews in Germany engage with their past – as if Jews were seeking to take advantage of history for their own ends.

Those commentators – mainly in the English-speaking world, but also in Germany – who accused Doerry of a lack of sensitivity appear not to have grasped how offensive Hingst’s lies were. Some went as far as to suggest that Doerry had over-reacted because of his own family history – his grandmother was murdered in Auschwitz. In this respect, too, some reactions to the Sophie Hingst case have revealed an astonishing lack of sensitivity.

If you liked this story, you may also be interested in How Trust Is Being Rebuilt In Germany’s Media

Avner Ofrath is a historian of colonialism in the Middle East and North Africa, specialising in Algeria and Palestine/Israel. He studied history at the Freie Universität Berlin and obtained his doctorate from Oxford University. Further research areas include Jewish history and languages and postcolonial literature. He will soon take up a post as a postdoctoral researcher at the University of Bremen, where he will work on a history of modern Jerusalem.
» Ethics and Quality, Recent » A question of sensitivity: the ethical...