Have Digital Counterpublics Given Us Donald Trump, The AfD, And Brexit? 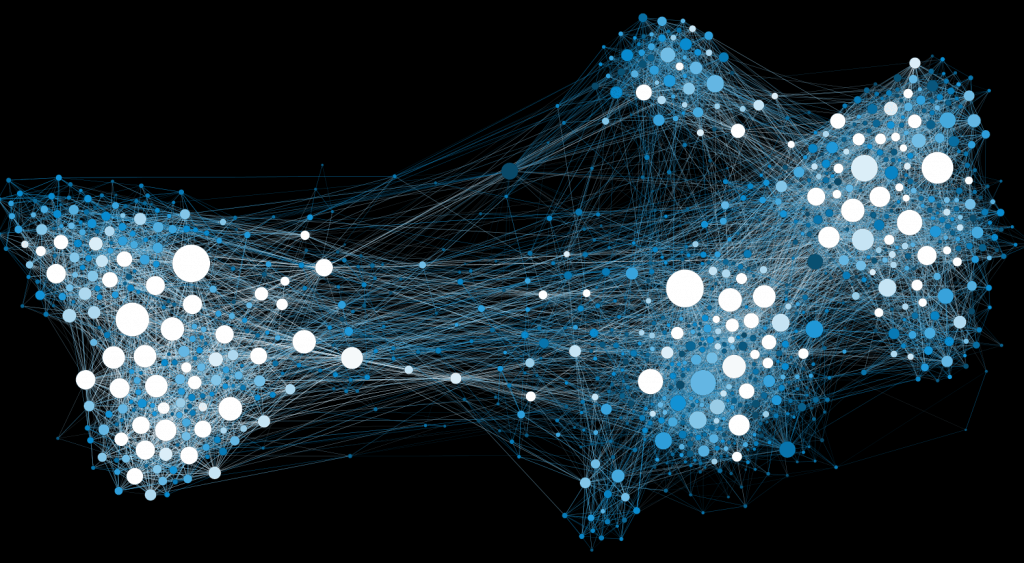 Donald Trump, the Austrian FPÖ, the German AfD and Brexit: In many Western democracies right-wing, national and reactionary forces seem to be on the advance. The culprit for these developments is usually quickly identified – it is, of course, the Internet.

In the past, especially leftist and liberal thinkers and movements saw the Internet as a catalyst for democracy and freedom. Today the majority opinion is exactly the opposite: worries about social bots, “fake news”, echo chambers and psychological microtargeting have replaced the dream of a networked public and the new political movements that were said to emerge.

What happened? Were the utopians of the first hour so wrong? While scepticism remains necessary with regard to the actual role of the Internet in the political events mentioned above (more on this later), it cannot be denied that the Internet has become a catalyst for political change. However, it is less progressive forces that are currently profiting most from it – not the proponents of peace and democracy. Right-wing movements, in particular, are the ones currently using the Internet as a political platform with seemingly unprecedented success.

Welcome to the Age of Digital Counterpublics

One of the first researchers to address this phenomenon from a theoretical perspective was social scientist Ralph Schroeder. Schroeder, who researches and teaches at the Oxford Internet Institute, understands the public sphere as an arena characterised by a limited attention space. This arena, in turn, is mostly dominated by a few major media players.

As gatekeepers for the public arena, they determine to a considerable extent what is being discussed and what is not. In other words: they set the agenda. At the same time, various political ideologies try to gain access to the arena. Their goal: to influence the agenda of the media and thus the public agenda.

Now here comes the catch: the public arena is essentially a zero-sum game due to the limited amount of attention available. Put simply, this means that only a few actors and political ideologies can exist (and be heard) in the public arena at the same time.

But what does Schroeder mean by counterpublics? Basically, the concept goes back to the left-wing thinker Nancy Fraser and was originally defined as an alternative discussion space for marginalised social groups such as workers, women, minorities, or people with migration experience. Schroeder transfers this concept from the political left to the political right and into the Internet age: according to him, digital media offer right-wing populist movements and parties an opportunity to create digital counterpublics. Through these counterpublics, it then becomes possible for them to circumvent the gatekeepers – traditional media – and thus ultimately enter the public arena.

A breeding ground for a counterpublic: The Facebook page of FPÖ-politician HC Strache.

Just one example of such digital counter-publics are the “alternative news sites” of the Swedish Democrats, or the respective counterparts in Austria and Germany. The Facebook pages of leading right-wing populist FPÖ politicians such as Heinz-Christian Strache can also be understood as a form of digital counter-public. In demarcation and opposition to the ideologies and ideas already represented in the public arena, these sites provide the breeding ground for discourses which run counter to those of the “mainstream”.

Given enough time, these discourses can spread and gain access to the public arena in the medium term. For one, alternative sites might develop such a wide reach that they themselves become gatekeepers of the arena (although this is rare). It is, however, also possible that traditional media start covering these sites – which ultimately helps the messages promoted on these sites to spread more widely.

One aspect we haven’t addressed so far is the question of how these counter-publics actually work. In essence, four strategies can be identified.

We Cannot Blame The Internet For Everything

And yet, the success of these strategies always depends on the context. In Germany, for example, the Internet currently plays a much smaller role for news consumption than in the US, while public broadcasting plays a much more central role. This makes it much more difficult for digital counterpublics to emerge. Instead, reactionary and populist forces in Germany are even more dependent on hybrid strategies such as agenda setting. The picture in the US, as Yochai Benkler and colleagues have shown in some of their recent work, couldn’t be more different.

In addition, we should not make the mistake of overestimating the potential role of the Internet in major political events. It goes without saying that the Internet has some effect in shaping political outcomes but much more decisive are structural factors and long-term developments: fears of globalisation, inequality, xenophobia and racism or individualisation tendencies, to name just a few.

In all known examples of digital counterpublics, these could only be successful in interaction with these and other much more important factors that permeate Western societies. Without doubt, right-wing digital counterpublics have played a significant role in establishing Donald Trump or the AfD. The actual causes for the success of these actors, however, lie elsewhere. The strong focus of public discussion on the Internet as the root of all evil is not only another instance of superficial techno-determinism; it is also not supported by the current state of science.

Jan Rau works on questions of the digital transformation of politics and society, focusing on the digital transformation of public sphere. He studied at the Oxford Internet Institute and at the University of Cologne. He is currently a research fellow at the GESIS - Leibniz Institute for Social Sciences and at Princeton University (USA), researching phenomena such as opinion manipulation on the Internet, echo chambers, digital counterpublics and right-wing populism. He tweets under @realJanRau. Felix Simon is a journalist and researcher and a graduate of the University of Oxford’s Internet Institute (OII). He is the former acting editor of the EJO and works as a research assistant at the Reuters Institute for the Study of Journalism. His writing on tech, politics, and the media has appeared, amongst others, in the “Frankfurter Allgemeine Zeitung”, “Die Welt” and “Der Freitag”, the Swiss “NZZ” as well as in the “Telegraph” and “The New European”. He has published in journals such as “Journalism Studies” and “Transformative Works and Cultures”. His research focuses on political communication in the digital age, big data in politics and the entertainment industry, as well as the changing nature of journalism and the media in the 21st century. He also takes a side interest in populism and the future of disinformation. He tweets under @_FelixSimon_.
» Comment, Media and Politics, Recent » Have Digital Counterpublics Given Us Donald...