The Risks of Being an Investigative Journalist in Central Europe 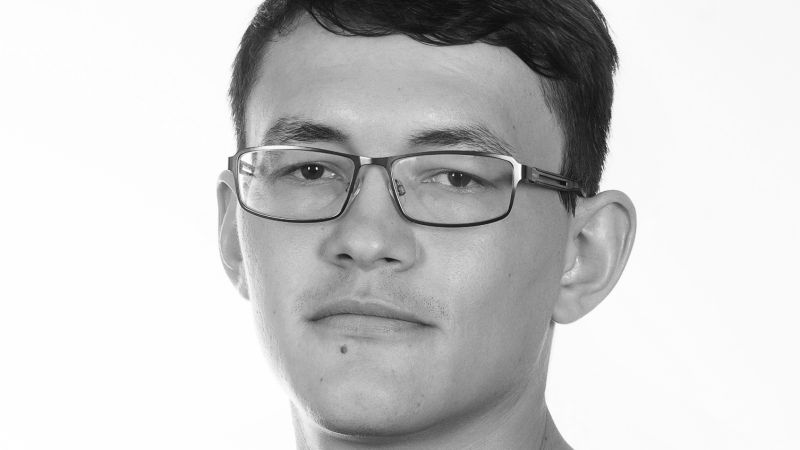 The news rippled like shockwaves through the international journalistic community. Ján Kuciak, a 27-year old Slovak investigative journalist and his girlfriend Martina Kušnírová were shot dead at their home east of the capital last Monday. It’s an event which has brought unease among journalists in Central Europe and highlights the difficult conditions under which many of them work. Intimidation, attacks and an atmosphere of distrust are the norm rather than the exception.

Police say that Kuciak’s murder was likely connected to his investigative work. The journalist had reported for the news site Aktuality.sk, focusing on tax fraud and tax evasion. He also wrote about the connections of businessmen to Slovakia’s ruling party SMER.

It’s the first known murder case of a journalist in the history of Slovakia and has caused international outrage, especially in Eastern Europe. “I find it very difficult for all of us and I feel sad. Being assassinated for your work? Because of what he wrote and said? It’s insane, disgusting,” Jaroslav Kmenta, one of Czech’s most famous investigative journalists told EJO.

An Attempt to Silence Investigative Journalism

Kmenta says he had no illusions about the possible dangers. “It is just a coincidence that a similar act did not happen in the Czech Republic.” And Kmenta is not alone in his view. Others, too, fear for their personal security.

“I knew Ján Kuciak personally, so how could I feel about that? I am hot and cold at the same time, I have a feeling that my head explodes and I am deeply depressed. And yes, it seems to me that journalists in our region are in danger,” Pavla Holcová, founder of the Czech Centre for Investigative Journalism, told EJO.

For Kmenta, Kuciak’s case is a signature for the failure of the state. “The police was not able to prevent the murder of a journalist, who happened to report on cases which were well known in Slovakia and which were also investigated by the police.” Kuciak was receiving death threats prior to his assassination which he reported to the police. “Either the police underestimated the danger, or they just were not fast enough to arrest all the gangsters.”

Slovak journalist Peter Hanák sees the murder of Ján Kuciak as an effort by the rich and powerful to silence investigative journalism. “The only answer from us journalists is not to be discouraged, to show that this is not the right path – and that if they silence one, others will still continue in his work. In the time of attacks on qualified journalism from many sides, we will need even more courage.”

Fear and Loathing in Central Europe

Kuciak’s murder is not the first case in which a Slovakian journalist likely faced consequences for his work. Ten years ago, Pavol Rýpal, an investigative reporter who dealt with mafia-related crimes, disappeared. Miroslav Pejko, a reporter for Hospodárské novíny, has been missing since 2015.

The Czech Republic, too, has a history of both attempted and successful killings of journalists and their collaborators, stretching all the way back to the 90s. A more recent case is that of Sabina Slonková, a well-known Czech journalist. In 2002, she became the target of an assassination plot. Slonková got lucky because the hitman anonymously tipped off the police. Prosecutors later named Karel Srba, the former secretary of the Minister of Foreign Affairs, as having ordered the assassination.

Slonková, who is now the editor-in-chief of the independent Czech outlet Neovlivní.cz called the Slovak case disgraceful. “I hope that Slovak politicians will unambiguously condemn this vicious murder and that they will make sure that the killers and those who sent them will be caught, no matter which strata of society they come from.” She also expressed frustration over politician’s attempts to smear journalists. “They are painting targets on their foreheads.”

An Atmosphere of Distrust

Kuciak’s murder also sheds light on the general situation of journalists in Central Europe. Levels of trust in the press are low and the intimidation of journalists – especially those deemed “inconvenient” – is often the norm. “Journalists are still seen as threatening, we are almost used to it,” explained Janek Kroupa, who leads the investigative section of Český rozhlas, the public radio broadcaster of the Czech Republic.

Many journalists also see their work frequently ridiculed and attacked by politicians. One of the perpetrators is the Czech president Miloš Zeman, notorious for his fraught relationship with the press. During a meeting with the Russian president Vladimir Putin last year in May, Zeman proclaimed that “journalists are too much, they should be liquidated” – an exaggeration for sure, but one that sent chills down the spines of many journalists in the country.

For Jaroslav Kmenta such statements lay the ground for attacks against the press. “When politicians repeatedly paint journalists as villains who should be liquidated, it creates an atmosphere of violence in society. From such words, it is very close to actions.”

You may also be interested in: Guns, Crime, Politics…and Media: Investigative Journalism in Eastern Europe

Martina Topinková is a PhD student at Institute of Communication Studies and Journalism, Faculty of Social Sciences, Charles University in Prague. Her research interest areas are visual communication and photojournalism. She is particularly interested in visual literacy in digital era, which is the topic of her dissertation thesis.
» Media and Politics, Press Freedom » The Risks of Being an Investigative...