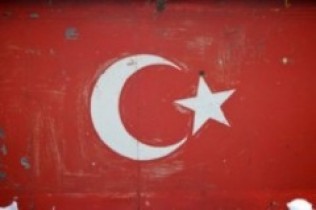 Journalists in Turkey face increasing harassment and imprisonment due to a handful of loosely interpreted anti-terrorism laws.

As publicity of the intimidation continues, convincing the Turkish government to enact reforms proves to be a delicate task. A new report published early this month by the Organisation for Security and Cooperation in Europe (OSCE) reveals the number of working journalists imprisoned in Turkey has nearly doubled in the past year, bringing the total to 95.

The report, published in conjunction with Reporters Without Borders, details how Turkey has become one of the world’s worst offenders when it comes to jailing journalists. According to the OSCE Representative on Freedom of the Media Dunja Mijatović, the number of imprisoned journalists raises serious questions about the level of free expression in Turkey.

Most agree that a handful of broadly interpreted laws are to blame for the majority of the convictions, namely Articles five and seven of Turkey’s anti-terror law and Article 314 of Turkey’s criminal code.

Both legal provisions are designed to target individuals who knowingly create or distribute propaganda on behalf of a known terrorist group, and to punish individuals who join or participate in an armed organization with the aim of harming individuals or conspiring against the state.

Mijatović, who recognizes the right of governments to fight terrorism and protect national security and their citizens, is fearful of government intimidation and its effects on Turkey’s budding democracy. “Objective reporting about all issues, including sensitive topics such as terrorism, is a fundamental part of democratic societies and journalists play an indispensable role by providing information to the public.”

Also at issue is the manner in which journalists are jailed. Turkish courts have been known to impose exceptionally long prison terms, with many journalists facing double life sentences. In addition, journalists often face several trials and are regularly convicted for multiple offences.

Turkey dealt with scrutiny over failing to protect press freedom from numerous organizations within Europe without ever formally acknowledging the accusations. Last November the European Court of Human Rights (ECHR) said that among all 47-member states in the Council of Europe, Turkey had the worst press-freedom record. In addition, the ECHR received almost 9000 complaints against Turkey in 2011 for infringing on the rights of the press, compared with 6,500 in 2009. More recently a Columbia Journalism Review poll placed Turkey in the top 10 of countries jailing the greatest number of journalists per capita, ahead of both Iran and Yemen.

While numerous officials have been named in reports, a New York Times article published in January 2012 took a particularly hard line with Turkish Prime Minister Recep Tayyip Erdogan, claiming Erdogan is actively seeking to silence his opponents after a failed attempt by opposition members to ban his party in 2008.

The Times article used reports from government officials and Turkish media members who feared Prime Minister Erdogan was “repressing freedom of the press through a mixture of intimidation, arrests and financial machinations, including the sale in 2008 of a leading newspaper and television station to a company linked to the prime minister’s son-in-law.”

What remains to be seen are the long-term effects of the added publicity from the European Union and foreign media outlets in promoting alterations to Turkish law. Reports of released journalists are few and far between, with the last high profile report coming in early March 2011 when four journalists were released pending their upcoming conspiracy trial.

With government officials denying accusations of press intimidation and downplaying the legitimacy of reports of jailed journalists, mediators will need to tread lightly when convincing officials to modify their anti-terror law interpretations.

International Press Institute’s Freedom Manager Barbara Trionfi said this month, “While we welcome Turkey’s rise on the world stage, we are concerned that press freedom in the country is coming under ever greater threat. Turkey has an extraordinary opportunity to shine as an example of a healthy democracy – but this can only be accomplished if the country respects its citizens’ right to information via a free press.”

Michael Wise is a Master’s student at Università della Svizzera italiana, studying Health Communication and Management. He has a bachelor’s degree in journalism and has written for a number of magazines and trade publications, in addition to being an EJO contributor and student assistant since September 2011.
» Press Freedom » Terror Law Interpretations Shape Future for...