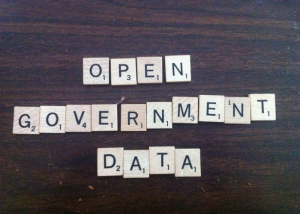 Ukraine’s parliament is about to become more transparent. Last month it passed a law allowing greater access to public information in the form of open data. The law is expected to enhance government accountability, boost technology businesses, and enable data journalists to work more efficiently.

Entitled “On Amendments to Certain Legislative Acts of Ukraine on Access to Public Information in the Open Data Format”, the new law encourages government agencies to publish statistics, data and reports on a single web portal: data.gov.ua.  The site will be free and available for all users. Campaigners hope it will make it easier for citizens to keep track of government decisions and policies.

As Ukraine struggles with corruption and misgovernment, the move to open the government’s big data to scrutiny is considered a significant step towards introducing e-government in the country. Such a move has been a much-discussed issue in post-Euromaidan Ukraine.

However, It is not only civic activists who anticipate the implementation of the new law. Many Ukrainian journalists are also waiting for the huge body of data to become accessible.

Until now, the development of data journalism in Ukraine has been restrained by the lack of open data. As a result journalists spend a disproportionate amount of time searching and collecting data, rather than on analysis. Many hope this will change once the data are stored on a single web platform.

Yet, a single platform for all government data may turn out to be a distant project. “Technically, it is quite a challenge to bring together all data from all state agencies,” said Anatoliy Bondarenko, a co-founder of Texty.org.ua, a Ukrainian website that produces infographic and data journalism stories. While data.gov.ua portal is already working, it still misses tons of data. It is not clear when all the data are due to be finally stored there, Bondarenko said.

Bondarenko also noted that although there are a number of professionals in Ukraine with experience of data journalism projects or stories, most Ukrainian journalists lack big data analysis skills and knowledge.

In response to demand for such expertise, texty.org.ua arranged and held special Data Schools for journalists. However, such initiatives cannot substitute for a comprehensive training curriculum for future journalists in the universities, media experts say.

Availability of open data is also expected to drive Ukraine’s information technology industry. “Open data is an instrument that will help to create various IT services”, said Denis
Gursky, the head of the SocialBoost, a Ukrainian tech NGO that developed the data.gov.ua web platform in partnership with other institutions.

Gursky said they plan to train state officials on how to work with data as a first step. As a second step, they will promote creation of startups based on the open data. Experts also note IT companies and media could develop joint projects and innovative services.

While the new law has yet to go through a complicated process of implementation, the very idea of open data is already inspiring Ukrainian professional media players, IT business and activists. Whether this enthusiasm produces innovative projects and changes Ukrainian media and business environment remains to be seen.

In a further move towards transparency, Ukraine’s parliamant has also voted to open up the country’s archive of Soviet-era KGB files to the public. These could reveal decades’ worth of information on secret arrests, “disappearings” and the operations of Ukraine’s KGB wing.

Under the bill, titled “On access to the archives of the repressive organs of the communist totalitarian regime during 1917-1991,” the information would be transferred to the Institute of National Remembrance and be declassified. The archives of other Soviet-era state organizations also will be declassified.

Maria Kriuchok is a Master’s student in Journalism, Mohyla School of Journalism (Kyiv, Ukraine), and a regular contributor for Ukrainian EJO. She has a BA degree in Sociology. Her interests include: new media, social media, online tools for journalism.
» Media and Politics, Recent » Ukraine: New Prospects For Data Journalists