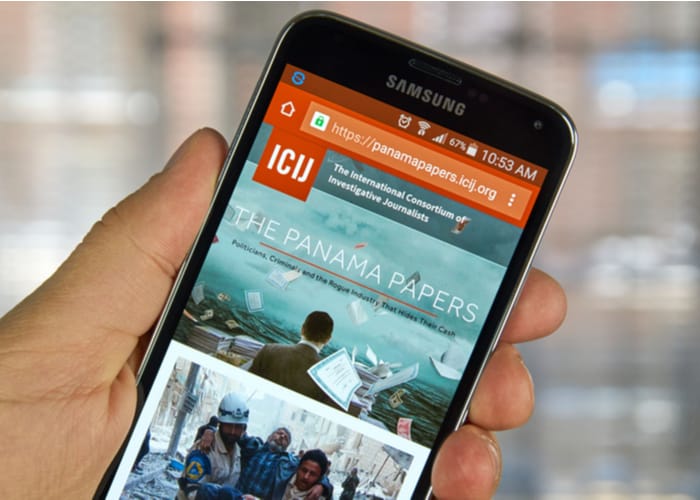 Investigative journalism is under threat from various economic and political factors. The breakdown of the business model that was based on advertising makes it difficult for news organisations to fund investigative journalism. Furthermore, the increase in disinformation and misinformation, legal restrictions, threats, and attacks on journalists make it difficult for journalists to undertake this important practice. 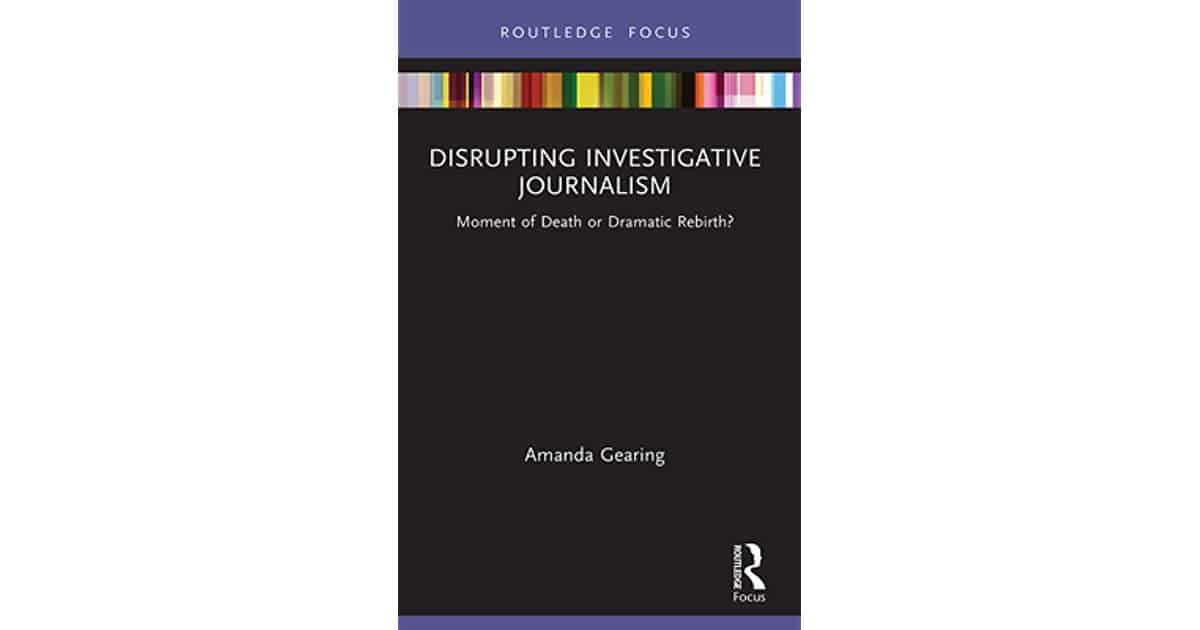 Gearing explores the risks and benefits and draws on the findings of her PhD thesis, ‘Global investigative journalism in the Digital Age’. She argues that digital technologies and social media platforms enable the promotion of practices such as whistleblowing and facilitate collaboration, resulting in faster, more cost-effective investigations across the globe.

She provides examples of investigative journalism in Australia and other places such as the United States and the United Kingdom, where journalists used digital tools to hold power to account. Gearing includes case studies such as the International Consortium of Investigative Journalists led Panama and Paradise Papers done in 2016 and 2017, respectively, and the Luxemburg Leaks in 2014. She also looks at the Sydney Morning Herald’s Dinosaur Stampede in 2013, Newcastle Herald’s Shine the Light in 2012, and the 2017 Caldey Island abuse scandal.

Risks such as surveillance, leaking of stories, inaccurate source material posted on social media platforms, and threats to personal safety, among others, are also examined in the book. In an interview with the European Journalism Observatory, Gearing discusses how the book came about and the opportunities and challenges of using digital technologies in investigative journalism.

EJO: What were your motivations for writing the book?

Disruption is to do with the fact that it’s become very hard for the media to pay for investigative journalism the way they did in the past, and that means we have some quite serious risks to the way democracy works.

EJO: What is the role of digital tools in investigative journalism during pandemic times?

Gearing: All the tools used by the journalists in this book are the tools they have now been forced to adopt because of the Covid-19 pandemic. Journalists haven’t been able to travel or sometimes to leave their house. They’ve had to collaborate with other people and use their contacts as their eyes and ears on the ground. Most of that has been enormously fast-tracked because of the limitations of Covid. So, there are some quite massive collaborations now – because if journalists can’t travel, as they couldn’t for so long, it meant they had to share work and share tasks, and even for covering the pandemic itself, they had to use digital technologies.

EJO: What would you say are some of the benefits of collaboration?

Sometimes there are stories that I can do by myself, and I do – unless, for example, the lead comes from another country, say England or Wales – as with a couple of investigations I’ve done where the whistle-blower was overseas and, as it was during Covid-19, I couldn’t travel. But these stories happened before COVID. It wasn’t a government regulation that stopped me travelling. It was time and money.

And so, what I did was look around for a journalist in England working for a mainstream media outlet, which at the time was The Times, and the person I chose was the crime editor Sean O’Neill. I googled him and read his evidence to the Leveson inquiry. That meant that I could see what sort of answers he gave when he was cross-examined about difficult matters to do with press, ethics, etc. And he was the person I then invited into a collaboration.

EJO: What is the most remarkable investigative journalism case study you refer to in the book?

Gearing: I think they’re all remarkable. I truly believe they all are because the span of work is extraordinary. It goes from the most grassroots investigations – for example, a mining company that was wrongly blowing up a national park and causing a lot of environmental damage. A tip-off from a bushwalker was followed up by journalists and the company that did this damage and lied about it was caught out because the journalists were able to use GPS technology while walking through the area and filming.

They were able to verify the story and report it to the government, which then ordered the company to clean up the damage. As a result of that story, the whole news group fitted out every newsroom with its own GPS technology, which is improving the capacity of all their newsrooms.

Another example is the work of Newcastle Herald reporter Joanne McCarthy. What she did was not very high-tech; she used an email archive to trap clergy who had not told the truth about their knowledge of child sex offenders. She wasn’t intending to trap them. What she was doing was documenting the position given to her by church leaders at any particular time about their knowledge of particular child sex offenders in the church, and what she found out over time was those church leaders would admit only what they knew that she knew. But as time went by, she realised they had known a lot more. In the end, the police asked for all the information, and she was able to hand over the archives of her emails.

Eight years of archiving emails is not very high tech, but in this case, it allowed her to crack open this massive scandal, which led to a Royal Commission in Australia that should have happened ten years earlier. So, it doesn’t have to be expensive, and it doesn’t have to be shiny new technology. But the power of using something digital can be enormous.

Those are just two examples of investigations. There are many others, which I have written about in the book.

EJO: What are some of the risks of using social media platforms in investigative journalism?

Gearing: Well, there are quite a lot of risks, and the book does itemise them all. I have private Facebook groups full of news contacts and some of those groups are quite big. If you’ve got 40 people who might be frontline survivors of a flood disaster and someone decides not to keep the information you’re collecting confidential and shares it, then it could blow your scoop. So, when you let people into a private Facebook group, there needs to be a strong understanding that it is your group, and you are an investigative journalist who is trying to help a group of people by gathering information.

EJO: Do you think the future of investigative journalism is non-profit journalism?

Gearing: I think there are many different solutions or workarounds. We have to work smarter, faster and more cheaply, but the technology is there, and the skills are available to be able to do so.

If you liked this story, you may also be interested in: Evolving journalistic approaches that are helping to tell the story of the war in Ukraine

Carolyne Lunga is a journalism PhD candidate at City, University of London with ten years of experience as a journalism lecturer. She is a graduate teaching assistant for the international journalism Master’s program and a Student Communications Assistant at City’s Student and Academic Services department. She is currently researching collaborative investigative journalism in southern Africa.
» Latest stories, Media Economics, Research » INTERVIEW: Using digital solutions to protect...