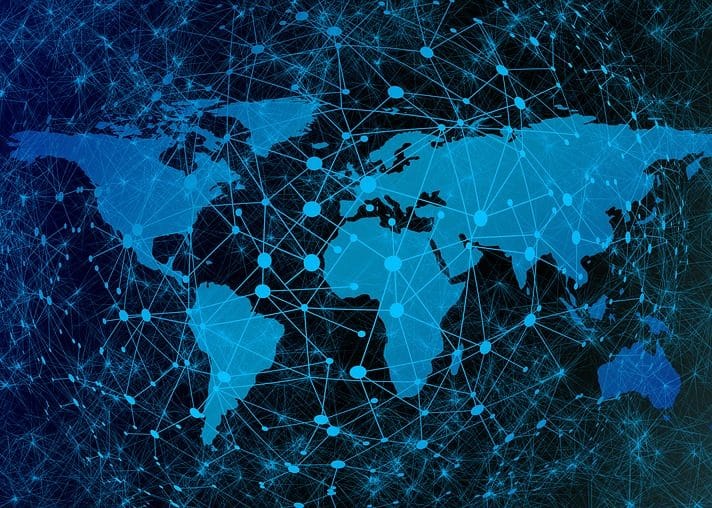 Since the publication of the Panama Papers – the journalistic scoop of 2016 – cross-border collaborative journalism has been on everybody’s  lips. One of the most recent examples of journalism that explores complex issues across national borders and publishes them with maximum public impact is the “Grand Theft Europe” investigation coordinated by the German non-profit newsroom Correctiv. This project involved 63 journalists from 30 countries investigating the largest ongoing tax fraud in Europe; they found out that criminal gangs had been stealing €50 billion every year from EU member states.

Alfter’s book makes it clear that these days, when politics, business and crime all cross borders, journalists too need to look beyond their noses. But how does one go about selecting a cross-border topic and developing it? What’s the best way of organising a professional network? How can intercultural teams be made to work smoothly? How can the findings be adapted for presentation to different audiences and in different kinds of media? Brigitte Alfter answers these questions in detail, giving lots of examples and tips based on her own experiences as a journalist and on interviews with many other journalists involved in cross-border collaborative projects.

After presenting the history, context and pioneers of cross-border journalism from the late 1990s and early 2000s, she gives a clear definition of the concept: journalists from different countries decide on a topic of mutual interest, gather and share material and publish the final result to their own domestic audiences.

According to Alfter, cross-border journalism is generally structured as a series of seven work steps: 1. the network, 2. the idea, 3. the research team, 4. the work plan, 5. the research, 6. the publication and 7. sharing with peers. Her book provides an easy-to-understand walk-through of all these steps, augmented with invaluable advice.

Marina Walker, the deputy director of the International Consortium of Investigative Journalists (ICIJ), who coordinated the LuxLeaks project, emphasises how important mutual trust is for cross-border teams. Throughout the book, it is evident that cross-border journalism could not work without trust and that there is no room for rivalry.

On the subject of rivalry, Alfter quotes David Leigh, the former head of the Guardian’s investigative team and one of the pioneers of cross-border journalism in Europe: “We are all conditioned to think automatically that collaboration is a prob­lem, and that any other journalist is a rival. So you have to haul through that. You have to change your mindset to say they are not your rivals, that you can actually collaborate with people.”

Anyone who assumes that this latest edition of Alfter’s book is simply a translation of the 2017 German edition is in for a surprise. Alfter has added several new angles such as legal and security considerations and the role and tasks of the so-called editorial coordinator in a cross-border team, “a whole new job”, which she says “is often underestimated”. Editorial coordinators, the author explains, make two important contributions: they moderate decision-making in the networked team, and are the driving force behind the day-to-day routines.

To illustrate how an editorial coordinator works, she outlines the experiences of Maaike Goslinga, coordinator of the team at the Dutch news website De Correspondent, who in 2017 discovered that public funding for security solutions was being used for “self-enrichment of the industry” at the instigation of “powerful lobbyists”. Goslinga emphasises – among other things – how important availability, an understanding of different traditions, languages and approaches as well as trust in journalists’ judgement are for an editorial coordinator managing cross-border projects.

Throughout her book, Alfter stresses that it was written specifically as a handbook for practitioners, and this is clearly illustrated by the many examples and handy tips she and her interview partners give. Alfter knows what she is talking about, as she herself is one of the pioneers of cross-border journalism in Europe. Together with her colleague Nils Mulvad, in 2005 she founded Farmsubsidy, a Europe-wide network of journalists whose investigations revealed that EU agricultural subsidies were benefiting large corporations even more than they were assisting small farmers.

Not only is Alfter an experienced practitioner of cross-border journalism, she has also engaged with the subject extensively from a more academic angle. Throughout the book, she draws on valuable insights from academics. She also includes an entire chapter devoted to the scholarly analysis of the development of cross-border journalism. There is no contradiction inherent in this – it simply offers another important perspective.

When cross-border journalism started to gather momentum during the first decade of this century, journalism scholars were initially slow to pay attention, Alfter says. However, when the first large-scale cross-border collaborative investigations were published, such as the WikiLeaks’ cables (2010), Offshore Leaks (2012), LuxLeaks (2014), Football Leaks (2016), Panama Papers (2016), and Paradise Papers (2017), media scientists started to analyse this growing phenomenon.

By way of conclusion, Alfter provides suggestions for future research topics: more in-depth analysis of  journalists’ networks, an examination of their characteristics, whether they all work in the  same way and who they cater to, reach out to or interact with. The technological set-up of cross-border teams, the question of funding and pressures from funders are also all worth studying. After all, these are topics, Alfter stresses, which are of great importance to practitioners as well.

If you liked this story, you may also be interested in Connecting Investigative Journalism in Eastern Europe.

Tina Bettels-Schwabbauer is the editor of the German EJO website. She studied online journalism at the University of Applied Sciences in Darmstadt, Germany. After her studies she worked as an online editor for a retail industry newspaper in Germany, then moved to Australia for three years where she lectured in Media Studies at the University of Adelaide. From 2010 to 2014 she researched and lectured at the Erich Brost Institute for International Journalism and the Institute for Journalism at TU Dortmund University. During this time she was also editing the German portal of the EJO website. During 2014 and 2015 Tina managed a journalism education programme for High School students at a German political foundation. In September 2015 she returned to EJO. Her research interests include international media systems, journalism cultures and journalism education, the latter with a focus on CEE countries which is also the topic of her PhD project.
» Newsroom Management, Recent, Specialist Journalism » Cross-border journalism: an exercise in international...