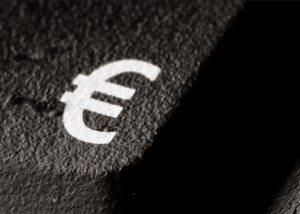 News coverage of the Euro Crisis across Europe has tended to portray European institutions as important, but ineffectual, in dealing with the crisis and to take national rather than a European approach to the issues, according to a study by the Reuters Institute, University of Oxford.

The Euro Crisis produced the most significant challenge to European integration in 60 years by testing the structures and powers of the European Union and the Eurozone and threatening the common currency. The financial and political emergency was shaped by financial problems in the banking sector, national fiscal policies, and sovereign debt held by Eurozone nations. The European and the global economies are still enduring the lingering effects of the events and there is on-going economic turmoil in countries such in Greece.

The study examines how the roots of the crisis were described by media, how they contextualized events, how responsibility was assigned, national stereotyping , expectations and trust in European Institutions. It also explores the roles of European leaders, the extent of social and political debate, language used to describe the events, how coverage varied nationally and in papers with different political orientations, the influences of differing journalistic cultures, and whether a pan-European public sphere was evident.

Researchers found that the Euro crisis was primarily portrayed as a financial rather than a political issue, with most coverage in business sections and business papers. The primary sources quoted were national government leaders and bankers/economists. Few leaders of political parties and civil society organizations were quoted. Most reporting was market- or event-based and little coverage reflected the impact of the crisis on people and businesses, even though the majority of coverage was provided by domestic journalists rather than foreign correspondents

In aggregate the coverage portrayed all countries as suffering, tended to blame foreign actors/actions for the crisis, and tended to promote European rather than domestic responses to the crisis. However, it did not well explain the European institutions involved, so the mechanisms and consequences of the Euro system were not well explored. Coverage also poorly conveyed and downplayed economic and social consequences of the crisis and the responses.

National narratives about the crisis and Europe were based on domestic concerns and national interests and domestic predispositions toward the European Union. Citizen’s trust in the effectiveness of the EU was shown to align with the press portrayals of European institutions. Nevertheless, even though trust in the EU institutions were declining or low, the average European citizen looked more at EU rather than their national governments for answers to the Euro Crisis.

The research indicates that Europeans are still a long way from a mentally integrated Europe and that newspapers still define their identity—and that of their readers—in national terms. Nevertheless, there was strong recognition of a secondary European identity and that issues posed by the Euro Crisis were not only domestic but European. The portrayal of European institutions as important but not highly effective, however, did not support a case for a stronger Europe. The crisis coverage could be expected to create new expectations of the role of the EU institutions in handling the serious economic and financial issues crisis but, simultaneously, increase distrust and skepticism about the EU among those with negative predispositions toward the EU.

The research is based on a comparative research project that investigated coverage in more than 10,000 articles published in 10 European countries (Belgium, Finland, France, Italy, Germany, Greece, Netherlands, Poland Spain, and the United Kingdom) with a scale and depth unmatched in pan-European studies. The project was directed by the Reuters Institute for the Study of Journalism at the University of Oxford and involved social science researchers at universities across Europe.

The research is reported in the book, “The Euro Crisis in the Media: Journalistic Coverage of Economic Crisis and European Institutions,” published this week by I.B Tauris.

Professor Robert G Picard is a specialist on media economics and government media policies. He was formerly based in the Media Management and Transformation Center at Jönköping International Business School in Sweden where he was Director of the Center and Hamrin Professor of Media Economics.He is the author and editor of 28 books, and has been editor of the Journal of Media Business Studies and the Journal of Media Economics.Robert is the Reuters Institute North American Representative and directs projects across the main RISJ research areas examining changes in the business of journalism, the practice of journalism and journalism and accountability.
» Research, Short stories » Research: How Europe’s Media Reported The...