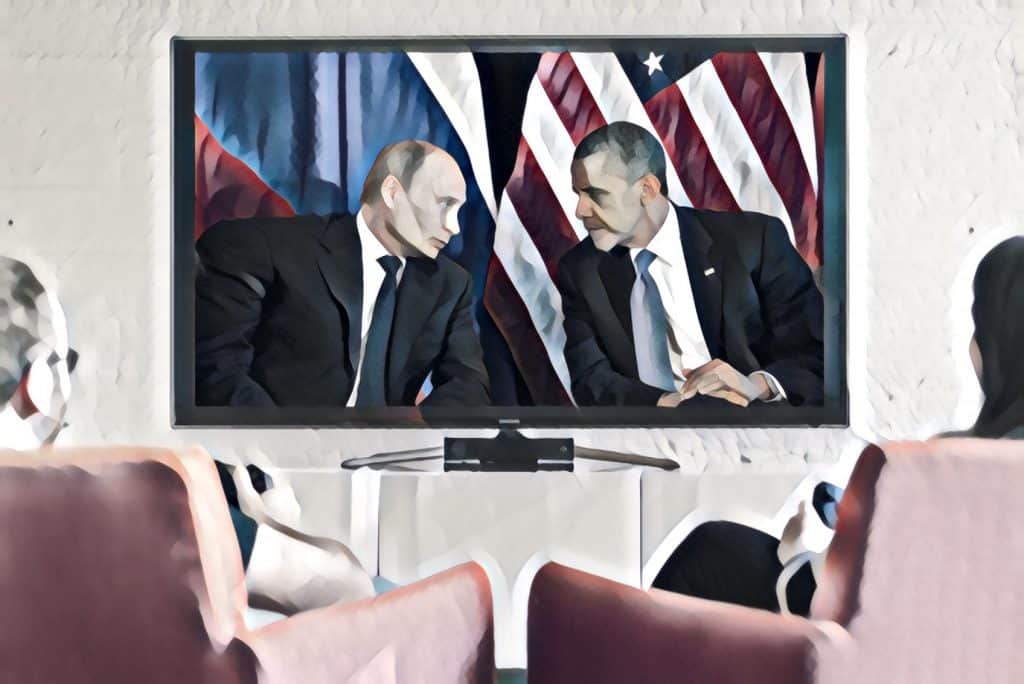 If foreign news offers a window into the world, then the window for radio listeners in the Czech Republic is a fairly narrow one. Researchers from Palacký University in Olomouc found that foreign news focuses mostly on Europe and the United States, relies on Anglo-Saxon sources of information and offers little diversity in news coverage.

“The prominence of the Euro-American region is not surprising,” said Zdenka Burešová, one of the study’s authors. “However, uneven coverage of different states goes hand in hand with thematic stereotyping. It turns out that topics with positive connotations are often associated with the Euro-American region while other continents are presented in connection with negative events, such as accidents, epidemics or natural disasters.”

Half (50%) of the total foreign coverage across the two programmes dealt with the United States. However, Donald Trump’s inauguration fell into the study period, which may have influenced the amount of coverage. European countries were also heavily covered, in particular the United Kingdom (27%) and Russia (23%). Other countries appeared significantly less frequently, while a third of the world’s states were not mentioned at all. The most cited sources of information were the Guardian and The New York Times.

Almost two thirds of foreign news focused on political and economic topics. While the researchers acknowledged that this emphasis comes at the expense of social, cultural and scientific news, they also note that it corresponds with the “highly selective and stereotyped thematic composition of most Czech news media.”

Nevertheless, the thematic structure of foreign news does not reflect any systematic practice. “The selection of topics is more or less arbitrary,” and was often affected by the individual editors, said Burešová. “Consequently, the programmes might be best described as [both] unbalanced and biased. The existence of clearer rules or selection procedures would be more transparent and more appropriate with regard to the legislative and ethical framework of the public service broadcaster.”

Foreign news coverage often centred on the international political elite. Donald Trump was the  world leader featured most often. On the other hand, the analysis did not identify any tabloid tendencies, such as reports on celebrities or human tragedies.

The researchers identified three different analytical frames for foreign news, depending on the country or region in question: News reports typically differentiate between “us” and “them” as well as the “rest” of the world. Most coverage is dominated by “our” world, which is represented neutrally or positively as democratic, free and liberal. Although journalists do not completely neglect the problems of “our” world, they tend to marginalise them and present them as individual aberrations, for example the election of Donald Trump.

As for the second analytical frame, “their” world is non-free, dangerous and hostile. According to the analysis, the country most often mentioned in this context is Russia. Interestingly, however, reports rarely deal with Russian daily news but instead generally cast Russia as an opponent of other countries, especially the United States. “This implicitly supports a bipolar perception of the world with Russia playing the role of a major antagonist,” said Burešová. (The “anti-Russian discourse” in Czech Radio broadcasting has already been pointed out in another analysis.) In contrast to “our” world, “their” world is represented by “questionable narrative practices, such as labeling, semantic disqualification, or expressive stylistic means which are used much more extensively,” the researchers argue.

In Czech Radio’s foreign coverage, the “rest” of the world is marginalized and often completely neglected. According to the authors, the tone in reports about these countries, which account for two-thirds of the world’s population, is either negative or sensational.

Compared with commercial media, foreign news coverage in public Czech media is broader and more comprehensive. This stems from their legal obligations and a network of foreign reporters and correspondents that Czech commercial media do not maintain.

Ultimately, the reasons for narrow and stereotypical foreign news across different media in the Czech Republic are numerous. “Factors include a strong dependence of the news media on a relatively selective news agency service, as well as traditional journalistic practices and media routines,” said Burešová. “Three quarters of Czech journalists are general reporters, according to the latest survey among Czech journalists (World of Journalism Study). This limits news coverage and hinders a greater diversity or contextualization of the presented events.”

Zuzana Veselková is a PhD student at the Institute of Communication Studies and Journalism, Faculty of Social Sciences, Charles University in Prague. She works as media analyst at the Council for Radio and Television Broadcasting of the Czech Republic. Her research interests lie in the area of media construction of reality, media stereotyping, news discourse and audience research.
» Research, Specialist Journalism » “Us”, “Them”, and “The Rest”: Foreign...