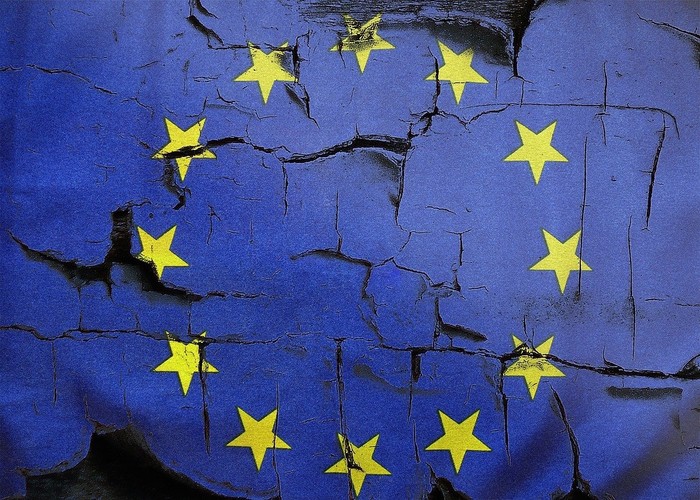 The fact that the media of European Union (EU) countries show little interest in the EU, has long been seen as the greatest obstacle to the emergence of a European public sphere. However, today we also need to consider whether focusing on European issues is necessarily synonymous with acknowledging the desirability of a common European identity – what we might in this context refer to as convergence.

Could such a focus perhaps indicate a more negative tendency instead? Populist politicians such as Boris Johnson, Viktor Orbán and Matteo Salvini often use the EU and its representatives as objects of derision in their drive to stir up antagonism towards the idea of a united Europe. However, while the populists’ obsession with the EU helps to ensure that European issues regularly dominate the media agenda in their respective countries, this is not quite the same thing as creating a European public sphere.

The 2019 election to the European Parliament was dominated by Brexit, which was the greatest threat to the unity of the EU since its inception. This was an election of extremes: never had voter turnout been higher, never had the resulting parliament been so fractured. This historic ballot provided an opportunity to assess the state of the European public sphere and to look at the different types of media coverage.

In our study, we distinguish between horizontal Europeanisation (the extent to which other EU countries and their political leaders feature in the media coverage of member countries) and vertical Europeanisation (the extent to which media coverage focuses on the European Union itself – its institutions, politicians, and so on).

We adopted a two-step approach towards evaluating and comparing these different types of media coverage. The first stage involved the analysis of 57,943 articles on the EU election, using algorithms to identify the themes they discussed.

The articles were taken from a range of influential media outlets in the countries under consideration: Germany, Hungary, Italy, Poland, Portugal, the Czech Republic and the United Kingdom. The topic maps generated as part of this process were then analysed by an international team of researchers from the European Journalism Observatory (EJO) network. The results of the algorithmic analysis were interpreted, taking into account the particular context of individual countries – their prevailing political discourses and narratives, the general political and cultural situation, etc. The aim was to combine the relatively objective results produced by algorithms with the insights of the country experts.

The study confirms that the two different kinds of media coverage – horizontal and vertical Europeanisation as defined above – are distinct phenomena and should be considered separately. They would appear to assume different functions within the public spheres studied, as illustrated in the tables. However, if we look at the results of Eurobarometer public opinion surveys conducted in the spring of 2019 to establish the level of approval of EU membership in various countries, we begin to see a pattern emerging.

The first striking discovery is that the countries where the highest approval ratings for the EU were registered – Portugal (69 per cent) and Germany (76 per cent) – are also the countries that have the highest proportion of horizontally oriented media coverage. Interest in other EU countries thus seems to be associated with a positive attitude towards the EU in general. Portugal and Germany can be seen to represent EU publics that, on the whole, identify with European values and could therefore be described as convergent.

At the other end of the spectrum, the countries with the lowest approval ratings for EU membership are the Czech Republic (33 per cent) and Italy (36 per cent). These are also the ones whose media had the lowest degree of vertical references. In their coverage of the EU election, outlets in these countries paid little attention to the EU itself, its institutions and representatives; instead, the focus was mainly on national issues. In general, the Czech Republic and Italy represent a group of less internationalised publics that could be described as nation-state oriented.

The third group is characterised by an average approval rating (UK: 43, Hungary: 61, Poland: 68, EU average: 61). Another thing that these countries have in common is that media coverage of the EU exhibits the biggest discrepancy between vertical and horizontal Europeanisation values, with vertical topics far exceeding horizontal topics.

More than in most of the other countries studied, the Hungarian, Polish and UK media depict the EU as a monolithic entity, especially in the context of conflicts between these member states and the European Union. Very little attention is paid to other EU members. This characteristic is most pronounced in Hungary and Poland, where the press often reflects the view of the EU-critical government. A marked difference in the degrees of vertical and horizontal Europeanisation is associated with a confrontational attitude towards the EU.

This classification of countries as convergent, nation-state oriented and confrontational is not directly related to their media systems. However, it is noteworthy that Hungary and Poland, the countries in our sample group with the lowest levels of press freedom (according to the Reporters without Borders 2019 World Press Freedom Index) belong to the confrontational category, whereas Germany and Portugal, the countries in the sample with the highest levels of press freedom, are representative of the convergent type.

The results of our study suggest that the Europeanisation of the media is not necessarily a good thing. Confrontational coverage is a kind of populist Europeanisation: it focuses attention on the EU but at the same time stirs up anti-European sentiments and thus contributes to a general polarisation. In the context of recent developments, especially the Brexit referendum, it is not going too far to speak of a toxic Europeanisation that projects an image of a Brussels elite as an alien entity. This is in sharp contrast to pro-European reporting, which draws on the perspectives of different member countries and thus contributes to a common European identity.

Access the full publication in the Mediterranean Journal of Communication: “The State of Europeanisation: Between Clash and Convergence. A Comparison of the Media Coverage of the 2019 European Elections in Seven Countries”.

If you liked this story, you may also be interested in: The economic impact of Covid-19 on European media

Dr Gerret von Nordheim is a postdoctoral researcher in the field of communication science at the University of Hamburg, Germany. His research focuses on intermedia effects in the hybrid media system, especially between journalism, social media and populist actors. He specialises in computational methods. Tina Bettels-Schwabbauer is a researcher at the Erich Brost Institute for international journalism and the Institute of journalism at TU Dortmund University, Germany, and the editor of the German website of the European Journalism Observatory. Her research focuses on media systems, press freedom and cross-border journalism. Paula Kennedy was formerly the editor of the English-language section of the European Journalism Observatory, based at the Reuters Institute for the Study of Journalism, University of Oxford.
» Media and Politics, Recent, Specialist Journalism » Toxic Europeanisation – coverage of the...