Turkey: Coronavirus and the media 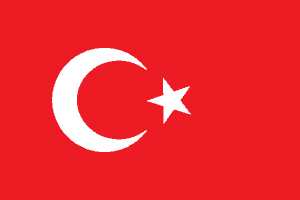 The coronavirus crisis has totally dominated the news agenda in Turkey since the first domestic case of Covid-19 was announced on 11 March. Before that, coverage focused on Wuhan and some of it adopted a discriminatory tone when referring to Chinese eating habits. After the emergence of cases in Iran and Europe, the closure of borders began to be discussed. Only a week before this, Turkey had opened its borders to migrants attempting to reach Europe. Greece responded by stopping migrants from crossing the Turkish border, with the result that thousands of asylum-seekers are still stuck at the border without access to basic necessities. Turkey closed its borders with Greece and Bulgaria on 18 March.

Reliable information on the progress of the pandemic is hard to come by, and journalists have mainly just broadcast statements issued by the Health Minister. The way in which the figures are arrived at is not transparent. On 17 March, it was announced that there had been 98 confirmed cases and one death, but it was unclear how many people had been were tested. By 24 March, the number of confirmed cases had increased to 1,872 and the death toll to 44.

In the absence of trustworthy information, some media have been relying on other sources. So-called experts have been offering unsound advice on TV programmes. As a result of the government’s crackdown on the media, which has now been going on for some years, many specialist health reporters lost their jobs, and journalists working for the officially approved mainstream media are afraid to ask the authorities tough questions. Journalists from small and independent media already faced the risk of detention and investigation for any reporting that showed the authorities in a poor light. Last week, an investigation was launched against Aydın Atay, a journalist with the Mezapotamya News Agency, after he shared information about Covid-19 measures taken in the Diyarbakır Courthouse on his social media account, on the grounds that he had “created anxiety, fear, and panic among the public”.

Various conspiracy theories are circulating, and misinformation and hate speech have been spreading via Whatsapp groups and other social media.