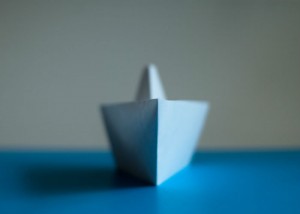 How do you reach an audience to pay attention to your research or publications in a world where media power is shifting and the terms of communication trade are becoming more complicated and subjective?

An old friend of mine who used to work in the ’80s as chief press officer for an international NGO told me that if he could place a story in that morning’s Guardian newspaper then his work for the day was done. As it was the only paper his liberal internationalist bosses read then a name check in its hallowed pages was seen as ‘telling the world’ about their organisation. As he put it, ‘I could go down the pub for the rest of the day…’ Happy pre-Internet days.

Of course, anyone now seeking attention for their work must navigate a much more complex media landscape with an almost endless range of platforms, channels, networks and influential re-distributors of information. Click on the link to this article for some very sound advice for anyone in academe seeking to maximise the audience for their work.

I want to add two thoughts when you are making the calculation as to how to invest your valuable time seeking impact, interaction and citation through media. Firstly, think about power. Secondly, think about emotions.

First, though, it’s important to restate how that landscape has shifted. I was talking to some exciting young creative programme makers recently. 10 years ago they would have struggled for years to get their innovative comedy idea from the Edinburgh Fringe to the crowded schedules of Radio 4 and eventually, the broadcast nirvana of a series on terrestrial TV. Now they showcase their work on YouTube, promote it through Instagram, Vine, Twitter and Facebook and have just been commissioned by the online channel BBC 3. It will be accessible online, on demand 24/7. Yet, ultimate success for them will still be if gets selected for a repeat showing on the BBC’s main channels 1 or 2.

Academics who have been through the reviewed journal mill are well aware of this kind of hierarchy of credibility and attention. They are coming to understand that the old filtering and certification process for publication is being ‘disrupted’ by digital social networks. Even with a few hundred Twitter followers they can reach a much larger and more relevant audience through a carefully planned social media intervention than through the lengthy process of journal publication. Yet, if the aim is to have impact on wider society then a mention on Radio 4’s Today Programme or a quote in The Times is still the best way to increase reach. This is especially true because what we used to call ‘legacy’ media is now desperately infiltrating all those other competing digital networks.

So to return to that topographical metaphor, you have to map your way through this landscape according to your desired destination. The big numbers and the mainstream influence is still driven by mainstream media. Newspapers – even those papers things with smudgy ink – are remarkably resilient, buoyed up by innovations such as free (Evening Standard) or cheap (‘the i’) editions.

The broadcast news bulletins and analogue channels still command audiences only slightly down over the last decade. But the way that people consume that media is changing radically. Not only is there a new generation who don’t buy papers or own TVs. But even when they consume that content it is on demand and in tandem with social media. What is consumed – even when produced by a mainstream media organisation – is now routinely discovered through the same social networks that those people get their entertainment and social interaction. And this is where the emotion comes in.

It is clear that emotion is a key driver of attention through social media. Though always bear in mind that ‘social media’ is not monolithic, despite the best attempts of Mark Zuckerburg to monopolise it. Yes, the Guardian’s ‘Comment Is Free’ opinion section can be shrill, hysterical and vituperative but there are civilised cells where deliberation is undisturbed. But the sharing economy online is inevitably motivated by the personal. People’s networks are personal. You create them for yourself to a large degree and what passes through them, often nudged along by the platform’s algorithms, are selected consciously and unconsciously by your preferences, interests and activity. So there is subjective selectivity at work. All the evidence is that much of this is about people’s sense of identity, their personal interests and their emotional reaction to content.

Of course, academic research should be evidence-based, rationally-argued, objectively, critically assessed. However, its reception, especially on social media will have much to do with what I call loosely, ‘emotions’. I’ve written a lot about how that impacts on my field of study, which is journalism. However, like it or not, academics who go on to social media are in a sense acting in a journalistic way.  There are opportunities and risks involved.

The opportunity is to put a human face upon yourself and your work. Why not admit that you have a personal interest in the research? That it might have an impact on people’s lives as well as their knowledge? That it might be fascinating for anyone with a sense of curiosity about our society as well as someone seeking a useful piece of data to complement their research? This kind of ‘emotional’ element can be rocket fuel for otherwise dusty information. It can be the affective sugar on the knowledge pill. There are simple devices such as using imagery or video that will increase that kind of engagement. For some networks such as Facebook a more positive framing of the issue will foster more shares. For others like Twitter, a more combatative approach seems to attract attention. It is up to you to experiment.

The risks are obvious too. Who wants to attract trolls or the kind of traffic bait clicks who love ‘This Will Change Your Life Forever’ headlines? More generally, emotional cues can lead to homophily, the filter bubble or echo-chamber effect where people only read what they agree with or approve. Again, it is up to you to see what works according to what you are comfortable with and your strategic communication goals.

Certainly, journalists from the BBC to Buzzfeed are learning to operate in this new more emotional media landscape where the power is shifting and the idea of objective mediation is being (quite rightly) questioned. They are learning to be more transparent about their own subjectivity. They also learning – with the help of the data that online media provides – about the audience that makes up this digital attention economy and that uses its emotional currency.

Charlie Beckett is a professor in the London School of Economics Department of Media and Communications and director of the LSE’s journalism think-tank, Polis, as well as director of the LSE Truth, Trust and Technology Commission. He is on Twitter as @CharlieBeckett
» Research, Short stories » Navigating A Complex Media Landscape