The role of whistleblowing in the “datafied society” 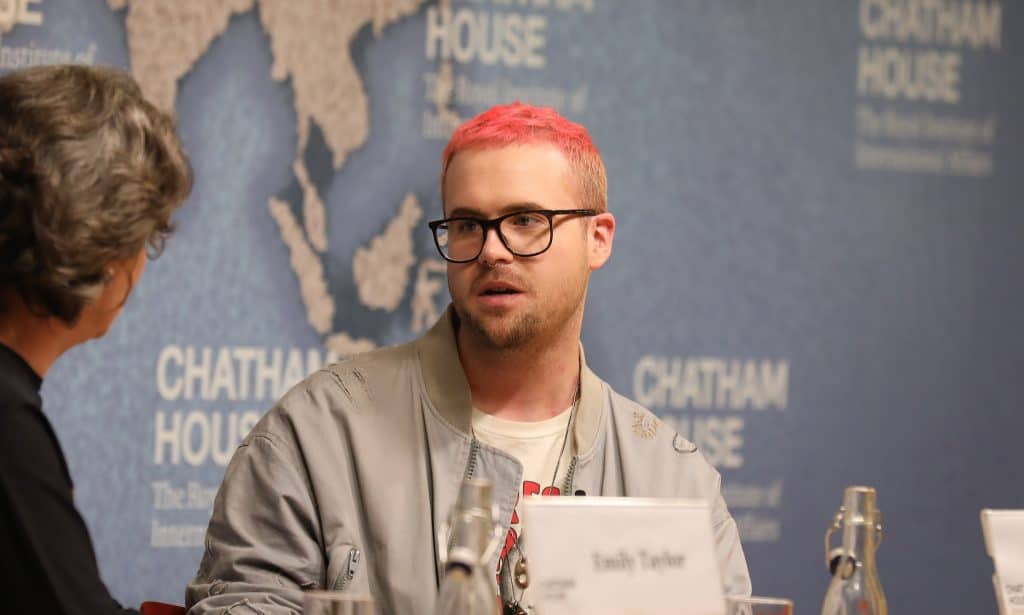 During the past decade, whistleblowing has come to the fore as an important lever for achieving change in today’s democratic societies. WikiLeaks, Snowden and the revelations about Cambridge Analytica have not only confirmed the key role played by journalism and journalists’ sources but have also contributed extensively to the understanding of some crucial issues affecting today’s “datafied society”.

Though there are some differences between them, the Snowden and Cambridge Analytica cases in particular have yielded a huge body of evidence that has allowed us to study the interconnections of tech and politics in a society in which enormous power is vested in these fields. By exposing details of the biggest mass surveillance apparatus in history and by shedding light on a recent major episode of data misuse, these two whistleblowing cases triggered a global discussion involving politics, tech platforms and finally the public.

On a broader level, these cases have also forced us to reflect on the more far-reaching repercussions of the “datafied society” and on the role of data itself in shaping citizenship, rights, propaganda and, ultimately, on data as a core element of what Soshanna Zuboff calls “surveillance capitalism”. This term is used to refer to an economic model based on the large-scale gathering and analysis of private data culled from targeted ads, which has become the preferred modus operandi of any online service.

An essential feature of both the Snowden and Cambridge Analytica cases is that – following the pattern set by WikiLeaks, which first forced us to re-evaluate the concepts of transparency and diplomacy in 2010 – they were based on the contribution of whistleblowers who brought to light malpractices by collaborating with journalists and journalistic institutions.

Whistleblowing or the leaking of evidence to the media on such an enormous and international scale does not happen very often, but when it does, it usually gives rise to a sea-change moment. Investigative reporters rely routinely on whistleblowers’ contributions, but we should not forget that those who take such a step usually do so as a last resort and that that it is one of the most extreme outcomes arising from an imbalance of power and access to information.

Whistleblowing can become a necessity when other less disruptive ways of exposing wrongdoing appear not to be effective or when the whistleblowers cannot make their voices heard in the public sphere. Or when the balance between secrecy and the public’s right to know is disproportionately weighted in favour of the former.

The fact that some of the most prominent recent whistleblowing cases have concerned technology and its impact on society should come as no surprise. However, these cases are a cause for concern, as the increasing number of leaks relating to technology is symptomatic of how some processes that affect the functioning of democracy – such as the way in which algorithms dictate how people access news – are shrouded in secrecy.

In his seminal book The Black Box Society, Frank Pasquale employed the “black box” metaphor to define the mechanisms of some societal functions within the context of “surveillance capitalism”. Pasquale used the “black box” image to illustrate how we are “tracked ever more closely by firms and government” yet have “no clear idea of just how far much of this information can travel, how it is used, or its consequences.”

This informational asymmetry governs the contemporary public sphere, where algorithms under the control of big tech manage a growing number of operations and functions that have a far-reaching impact on a public that is kept in ignorance of them. This issue is likely to become an even more urgent one in the near future, given the growing importance of machine learning and of the functions of artificial intelligence, which are mainly based on big data analysis. At the moment, the main possibilities for the use of these lie in the hands of the big tech companies.

The ever-increasing privatisation of the public sphere is also exacerbating the friction caused by conflicting demands for secrecy and transparency. This follows a pattern already familiar from the field of government, where there has long been a tendency to classify far too much information relating to the public and military sectors as state secrets.

Such friction is bound to give rise to ever more whistleblowers and leaks. Silicon Valley firms have already witnessed some whistleblowing cases. In June 2017, for instance, ProPublica published an investigation into Facebook’s content removal guidelines based on some internal documents provided by an insider. The previous month, the Guardian had published another investigation based on around a hundred manuals for content moderators provided by an inside (and anonymous) source.

In August 2017, the Italian website Valigia Blu published details of how content moderation and censorship work in the Italian context. Again, the evidence was provided by an employee working for a contractor company that handles content moderation on behalf of Facebook. And finally, in October 2018 the US alt-right mouthpiece Breitbart published a leaked Google internal presentation detailing the company’s views on censorship.

In the public interest

In December 2018, a scientist previously employed by Google, Jack Poulsen, caused something of a furore when he told the London Times that the prevention of leaks was Google’s No.1 priority. In future, the incidence of Silicon Valley leaks is likely to increase, though of course journalists have a duty to distinguish between genuine whistleblowing in the public interest and corporate espionage.

Back in 2015, journalism professor and tech expert Dan Gillmor noted how important it is for journalists to engage in these debates over the role of big tech in society. Gillmor insisted that journalists who aim to promote the “watchdog” function of news have an obligation to foster understanding of such complex issues, to open society’s “black boxes” and to push for more transparency and accountability. There can be no doubt that whistleblowers too will continue to make an essential contribution to this cause.

This article was originally published by “La Nostra Città Futura”, the online cultural magazine of the Feltrinelli Foundation. The story is also available on the Italian EJO. Opinions expressed on this website are those of the authors alone and do not necessarily reflect or represent the views, policies or positions of the EJO.

If you liked this story, you may also be interested in Working With Whistleblowers In The Digital Age: New Guidelines.

Philip Di Salvo is a post-doctoral researcher based at the Institute of Media and Journalism of the Università della Svizzera italiana (USI) in Lugano. His main areas of research are whistleblowing, investigative journalism, internet surveillance and the relationship between journalism and hacking. At USI, he also teaches journalism at both the bachelor's and master's levels. Philip received his PhD in Communication Sciences from USI in 2018 with a dissertation on encrypted whistleblowing platforms in journalism. He is also a lecturer at Milan's Nuova Accademia di Belle Arti (NABA). As a freelance journalist, he writes about the social impact of technology for Wired, Motherboard/Vice, Esquire and other publications. Philip obtained a master's degree in Media Management from USI in 2012 and a bachelor's degree in Literature from Milan's Università degli Studi in 2010. He is the Italian editor of the European Journalism Observatory, based at the USI in Lugano.
» Censorship, Ethics and Quality, Media and Politics, Recent, Technology » The role of whistleblowing in the...