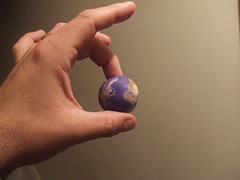 Shrinking World: The decline of international reporting in the British press

A new report published in Media Standards Trust by Martin Moore focuses on the progressive disappearance of international news stories from newspaper pages. Looking at four prominent English papers – the Guardian, the Daily Telegraph, the Daily Mirror, and the Daily Mail – Moore analyzes the editions each paper published during the first week of March in 1979, 1989, 1999, and 2009. And the result? In the last thirty years the coverage of international news shrunk drastically. From 1979 to today the number of news items from around the world decreased 40 percent and the total space dedicated to international news has been halved, going from 20 percent to 11 percent. These figures take on even greater significance if you consider the fact that in the last 30 years the total number of news items published actually increased about 15 percent.

To give an idea of how times have changed, Moore recalls a famous cover of the Daily Mirror in 1979 entirely dedicated to the horrors perpetrated by the Khmer Rouge, a story to which the popular English daily devoted 8 pages. This variety of journalism is difficult to conceive today.

A paradox: Globalization and the greater ease with which one can acquire news of what is happening in the world, does not correspond to a greater receptivity for, or more in-depth reporting of, international events. On newspaper pages the world has shrunk. Even if it happens that international reportage lands on the front page, it is hard to find an article in the first ten pages. The reports are intermittent, often tied to natural disasters or celebrity figures.

Moore’s report helps one understand the dynamics that have contributed to the decrease in international coverage, dynamics which cannot be attributed simply to the need to contain and reduce costs.

» Ethics and Quality » A Shrinking World