Not Everyone is Underpaid 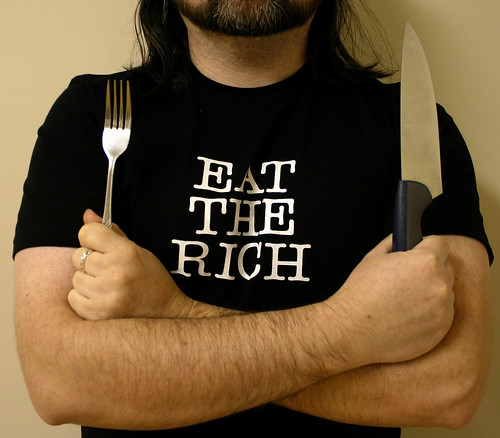 An entire industry shrinks, yet paychecks for a select few remain bloated as ever.

As we’re all quite aware, 2009 surely made its mark as an ugly year for media workers across the globe. Despite the widespread slicing of salaries and expelling of employees, top executives at the largest media companies still managed to rake in the dough, squirreling away shameful multimillion-dollar pay packages. According to Joseph Plambeck of the New York Times, “For several executives it was more lucrative to be running a media company in 2009, however wobbly it might be, than a large financial firm, where many boards cut executive pay after the federal financial bailout.”

Utilizing analysis from Equilar, an executive compensation research firm, the New York Times published data confirming the monstrous salaries of an elite handful of industry chiefs. Take for example the head of Wells Fargo, John G. Stump, who was 2009’s highest-paid financial executive and collected a package of $18.8 million. Yet reeling in more than double that figure was Leslie Moonves, chief executive of the CBS Corporation who pulled in a package totaling nearly $43 million.

Kate Nacy is the first EJO Fellow to participate the European Journalism Fellowship program at the Freie Universität Berlin. Kate Nacy works as a journalist, writer and editor. Her work has appeared in news publications as well as in literary and arts journals. She served as the European Journalism Observatory’s English Web Editor from 2008 – 2012.
» Media Economics » Not Everyone is Underpaid