Opinion: Why we need a manifesto for a people’s media 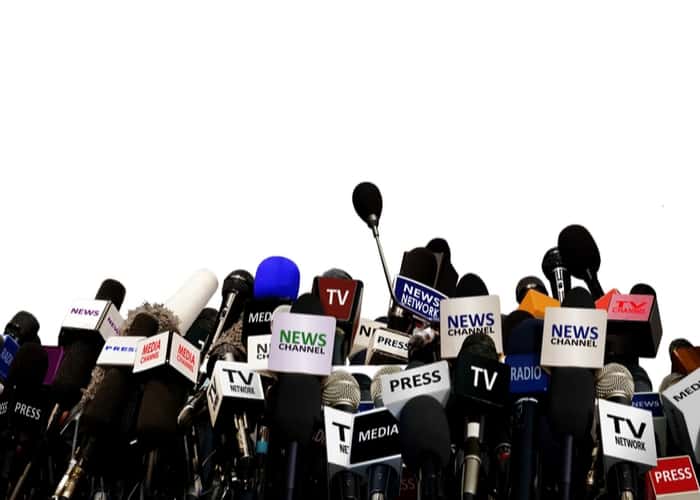 The 2020s are set to be a decade defined by huge challenges. Here in the UK, we face the impact of the war in Ukraine, and the ongoing fallout from Brexit, including the possible breakup of the UK, against the global backdrop of a pandemic and the climate crisis. We urgently need a media that can support the transformations required to tackle these challenges. Yet, the UK’s media all too often contributes to these problems rather than being part of the solution.

Private media are increasingly concentrated in a few, unaccountable hands. According to a recent report, 90% of the UK’s daily national newspaper market is now owned by just three companies, while digital tech giants dominate online. These companies prioritise their profits and political agenda over providing the news and storytelling the public needs, resulting in the deluge of disinformation and distrust of news that we see today.

An underlying factor is that there is no longer a viable economic model for supporting public interest media through advertising. Research from the Forum on Information and Democracy shows that, across the globe, the commercial model is increasingly unable to produce news and cultural content in the public interest. In the absence of a business model to underpin this essential service, there is a clear need for governments to step in with public investment. Yet, in the UK, where public media is very well established, these institutions are also being threatened by commercial pressures and government interference. The BBC, in particular, is losing support – including among liberals and those on the left who otherwise wholeheartedly back public services.

The BBC and Beyond

In response to this context, the Media Reform Coalition launched a campaign to reimagine public media called The BBC and Beyond. Throughout 2021, we held a series of public events around the UK and spoke to dozens of organisations and individuals – including those working at the BBC and Channel 4 – about their vision of a media system fit for the future. Based on one of these conversations, we wrote a Manifesto for a People’s Media, which advocates for the revitalisation of public media through the creation of a media commons.

Commons are a collective resource, which are governed jointly by a community; and while the concept of a media commons is comparatively new and less well developed than related ideas of data or digital commons, it shares the same principle of bringing together a wide range of voices across civil society to advocate for a transformed media and communications system. The media commons would be made up of not-for-profit media initiatives that act in the public interest and have community empowerment at their heart. These organisations would be managed collectively to ensure they practice common values, such as being:

The Manifesto for a People’s Media is broadly structured in three phases:

Ideas in the Manifesto are illustrated with a series of case studies, covering examples like media cooperatives (The Bristol Cable, The Ferret), community radio, how universities can act as media hubs, and the Welsh language channel S4C. These show that, while the vision in the manifesto may be ambitious, many of these ideas are already being tried, are emerging, or have existed in the past.

The Manifesto connects current demands for the reform of media policy to a broader vision of societal change, mobilizing a broad cross-section of civil society to campaign for a people’s media capable of serving the public’s interests rather than those of billionaire media owners or political elites. And while there are many reasons for pessimism in the current moment, there is no denying that change is coming.

Our future could be further dominated by media and tech monopolies, who have no sustainable answers to our challenges. Or it could be a future defined by common ownership and working together to manage the resources we rely on, such as our media. We believe that the media commons is the future that we need – and that taking the first steps towards building it requires the kind of imagination and vision encapsulated in the Manifesto for a People’s Media. If you agree, please share this article, and help spread the word.

If you liked this story, you may also be interested in: EJO interview: Why European media outlets should collaborate to create new online platforms

Dr Debs Grayson works for the Media Reform Coalition, coordinating the BBC and Beyond campaign fighting for a transformed media landscape.
» Comment, Recent » Opinion: Why we need a manifesto...